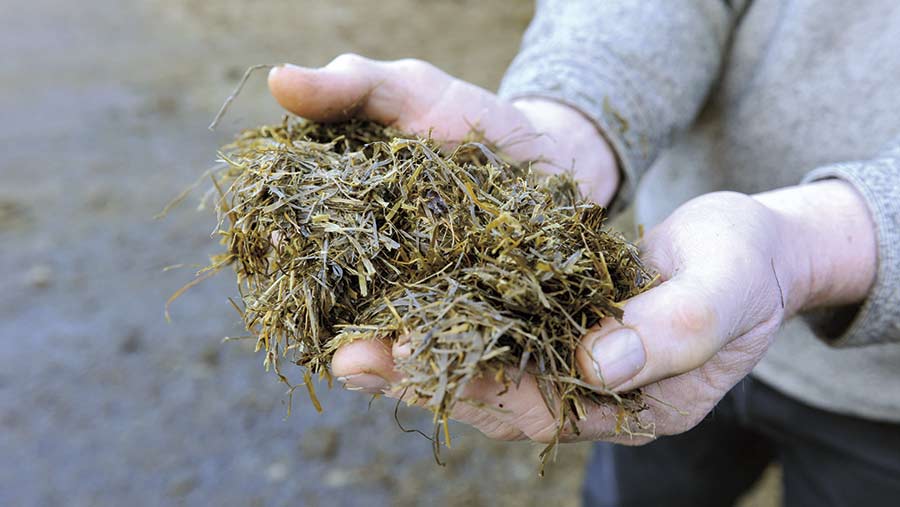 Switching from a three-cut silage system to taking smaller and more regular cuts of silage has lifted forage quality at a Welsh dairy farm.

But recouping the additional costs of a multi-cut system by harvesting grass with a forage wagon instead of a precision chop machine has proved a false economy.

See also: Benefits of switching to a multi-cut silage system

Independent silage consultant Dave Davies of Silage Solutions, who was involved in the project, says good levels of ME have a positive impact on rumen health.

“Because the quality is better, less concentrates are needed in the diet and this improves rumen function because silage is more readily digestible. It means more can be fed and this improves the fibre levels in the ration and maintains good rumination.” 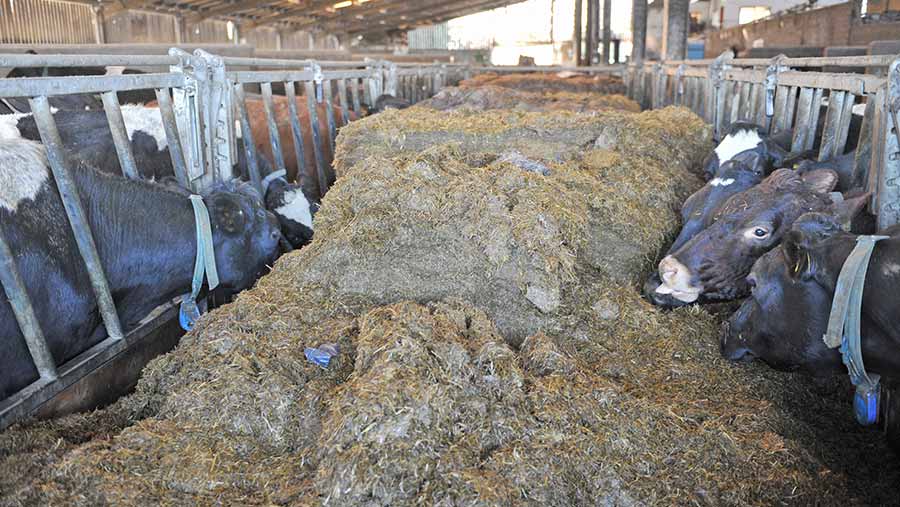 There was little difference in the total quantity of silage harvested in the multi-cut system than in 2016 because each cut was smaller but the difference is in the quality.

Farm manager John Owen says it had shown gaps between cuts can lead to deterioration in quality.

“Four to five weeks between cuts is our target but if the weather is poor you can easily lose a week,” he says.

“We get an average of 65in of rainfall so the weather is always going to be an issue, but we have taken the approach that if we plan for more cuts we will get at least four.’’

Why a forage wagon won’t be used again

The multi-cut system will now be standard policy at Gelli Aur but another system that had formed part of the Farming Connect trial – cutting silage with a forage wagon – will not.

A major reason for trialing this method of harvesting was the cost. The cost of taking a larger number of cuts is higher than a traditional three-cut system and the farm had hoped to offset this with a lower cost harvesting method.

Mr Owen says the farm will be sticking to its traditional precision chop system.

“The speed of harvest is a challenge for farmers with large acreage, precision cutting is more than twice as quick, and for farms like ours where the weather is unpredictable this is a very important consideration.

“I can see it has a place for smaller farms with less acreage and fields closer to buildings, but for a large farm cutting a lot of silage I don’t think a forage wagon is appropriate.

“Even if a larger unit used multiple wagons for harvesting, there would still be an issue with compaction of the silage in the clamp due to the coarser nature of the grass from the wagon,” he adds.

“Clamp compaction was far more difficult because of the longer chop. This meant when we were feeding out we were getting more losses, estimated to be about 10%, and less aerobic stability.

“We need silage that is stable and will remain stable in the feed passage and key to this is being able to compact it in the clamp.” 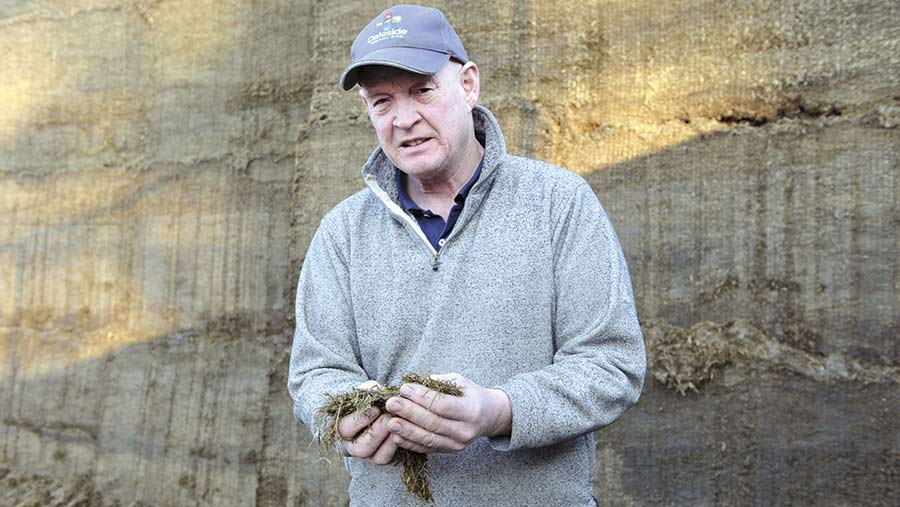 However, Dr Davies says he has visited farms where forage wagons are used and, due to very precise attention to detail, compaction is excellent.

“On other units, however, the harvesting process isn’t always managed appropriately and this leads to compaction issues which results in higher losses both during storage and at feed-out.

“Forage wagons do need a subtly different approach to precision harvested material to ensure compaction is where it should be.”

At Gelli Aur silage is cut in blocks and placed in the feed passage once a week. “The silage in the forage wagon clamp has been going off much quicker,” says Mr Owen.

Both silages were treated with the same silage additive at the same rate.

Mr Owen says there was an obvious improvement in cow intakes when the precision chop silage was fed.