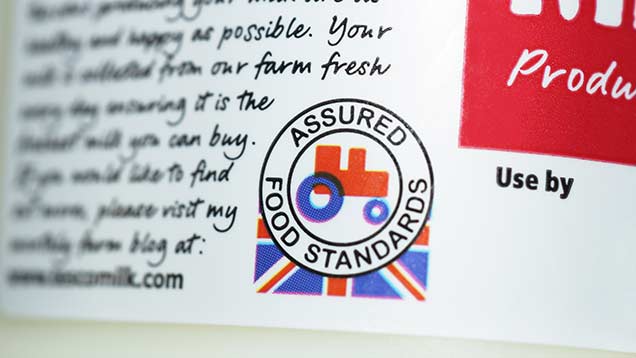 AHDB Dairy is urging farmers to get behind their #discoverdairy campaign after it was revealed only half of shoppers in Wales buy dairy products with quality logos – fewer than in London.

The levy body questioned 2,100 members of the Welsh public ahead of the Royal Welsh Show to get an insight into consumer buying habits.

They found only 50% of Welsh respondents bought dairy products with quality logos such as the Red Tractor compared with 56% of Londoners.

Yet 80% of those questioned said they would be disappointed to see dairy farming disappear.

AHDB launched its #discoverdairy campaign in the summer of 2013 with the aim of inspiring consumers to take an active interest in modern dairy farming.

Speaking the Farmers Weekly at the Royal Welsh Show last week Amanda Ball, head of marketing and communications at AHDB Dairy said the results were “surprising”, adding: “I was expecting Wales to be pro-provenance.”

But she said the results were not all bad news.

“Farmers will tend to say: ‘Should we worry about Red Tractor assurance standards? Do people actually care?’

“What our survey shows is they do. Over 80% of the Welsh public are willing to do something to prevent dairy farming reducing,” added Ms Ball.

However, she said it was up to farmers to promote the Red Tractor to the public and turn that into a “conscious shopping decision”.

Ms Ball urged farmers to engage with the public and talk about the high welfare standards behind the logo.

“Awareness is one thing. Understanding is another and farmers are the only ones that can change that.

“We [AHDB Dairy] can control an overarching campaign, but unless our levy payers are behind it then it won’t work,” she stressed.

As part of a their #discoverdairy campaign AHDB Dairy and Welsh farmers were at the Royal Welsh Show to promote the Red Tractor logo.

It is the first time the levy board had done public-facing events in a number of years and it has been driven by the milk price crisis facing many of its members, explained Ms Ball.

She said it was “absolutely vital” to engage with the public, especially with milk prices at critical levels.

However she said it was important to remain positive.

“Awareness of milk price is important, but it is a fine line between getting out there and talking about the challenges we are facing. I don’t want people to think we’re moaning.”

Ms Reader said there is public appetite to learn more.

She has hosted Open Farm Sunday events for the past two years and in that time attendance has grown from 300 to 2,000.

“You can’t just say ‘right the milk has left the farm so there’s nothing more we can do.’ There is. We pay for our levy so control it.”