Leading pedigree Ayrshire genetics were keenly sought after at Borderway on Wednesday (25 October) as trade topped at 3,000gns overall and cows in milk were in particular demand.

Topping the Northern National Show and Sale at 3,000gns was West Mossgiel Miss Modern 28 (Ex91) from Stuart Gilliland, Caste Douglas, which was knocked down to GG Baynes and Son, Marleycote, Hexham. 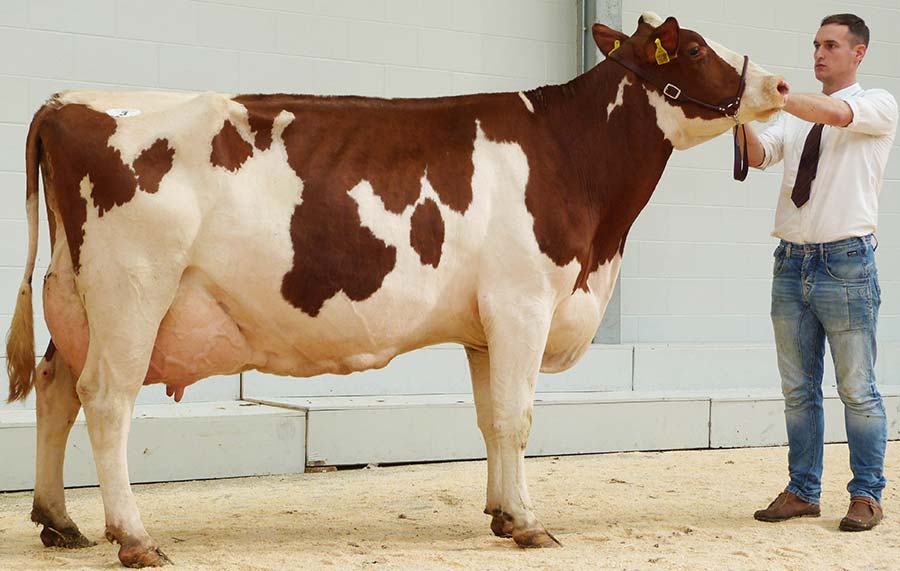 She is a seven-year-old by West Mossgiel Aramis and sold in calf to Sandyford Elvis. She gave 12,633kg in her third lactation at 5.77% fat and 3.21% protein.

Next in the money at 2,800gns was the lead bull in a very selective bull trade that saw just over 50% clearance.

Raptor is by Forever Schoon Predator and is out of the munch-admired show cow Cuthill Towers Radar Ray (Ex94), which has produced two lactations over 11,000kg. He is 81.25% Ayrshire and brings a PLI of +£85.

Next best at 2,150gns was 100% Ayrshire Horseclose Bess 32 from JA McGarva, Annan. She is a very milky four-year-old from a dam with close to 5% butterfat and caught the eye of PA and JM Astley, Cefn Farm, Powys.

Red and whites topped at 1,850gns with a milking heifer from John Adamson, Lanark, which was knocked down to J McCulloch and Sons, Ardwell, Stranraer.