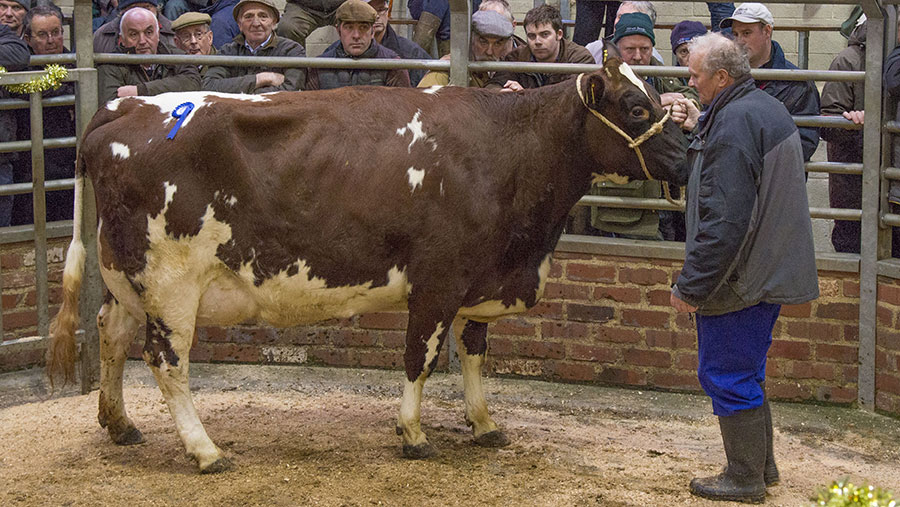 The Ayrshire Cattle Society has confirmed it will move its national show from the Livestock Event to the UK Dairy Day in 2017.

The Ayrshire show had previously taken place at the Royal Association of British Dairy Farmers’ (RABDF) Livestock Event in Birmingham each year.

But Ayrshires will now form part of the Cattle Show at the UK Dairy Day in Telford, Shropshire, on 13 September.

Explaining the switch, Ayrshire Cattle Society breed manager Duncan Hunter said: “Due to some changes to [the Livestock Event] format and location we have been looking for another event where we can promote ourselves to the industry with the facilities we need.”

Mr Hunter added: “We look forward to working with UK Dairy Day and supporting the event as it continues to grow and flourish.”

The UK Dairy Day was set up by Holstein UK in 2014 after the RABDF broadened the scope of the Livestock Event to encompass other livestock sectors.

The RABDF also moved the Livestock Event from its traditional September slot to a mid-summer date.

But having two shows has caused some exhibitors to complain because of the increased cost of attending two events.

Calls for a merger of the two shows heightened last year when the RABDF announced the Livestock Event would be held on 6 September in 2017 – just one week ahead of the UK Dairy Day.

However, protracted talks between the RABDF and Holstein UK on setting up a single flagship show have failed to reach a conclusion.