Winning the champions of champions sash for the first time at Balmoral was Philip Jones of Hallow Holsteins.

The Hallow Holsteins team made it a clean sweep in the breed championship earlier in the day, taking champion, reserve and honourable mention in the Holstein finale.

Beating off stiff competition in the interbreed class, under the eye of stalwart judge Meurig James, was their homebred heifer, Hallow Atwood Twizzle 1181, classified VG88 as a two-year-old. 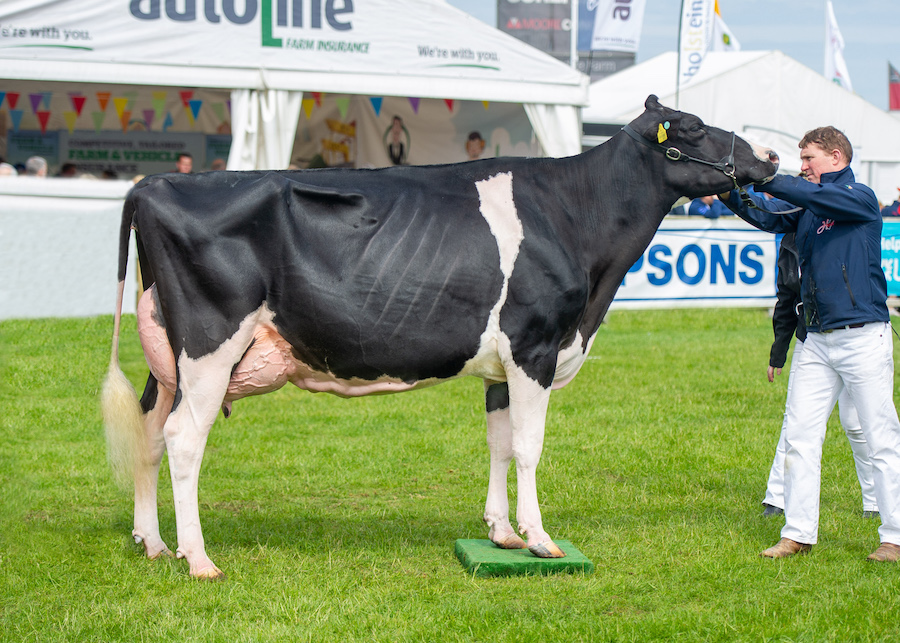 Sired by Atwood and out of Hallow Advent Twizzle, she last calved in December and is currently giving 45 litres daily at 3.5% protein and 4% butterfat.

She is no stranger to the showring, having won honourable mention at the Royal Ulster Winter Fair last year.

She now heads home to the Jones’ 80-cow herd in Gorey, Wexford, to rest and will return to Ulster in December where Philip hopes she’ll repeat her performance.

In reserve “by a whisper” was the Jersey champion Clandeboye Tequila Cookie from Clandeboye Estate, Bangor, Co Down. 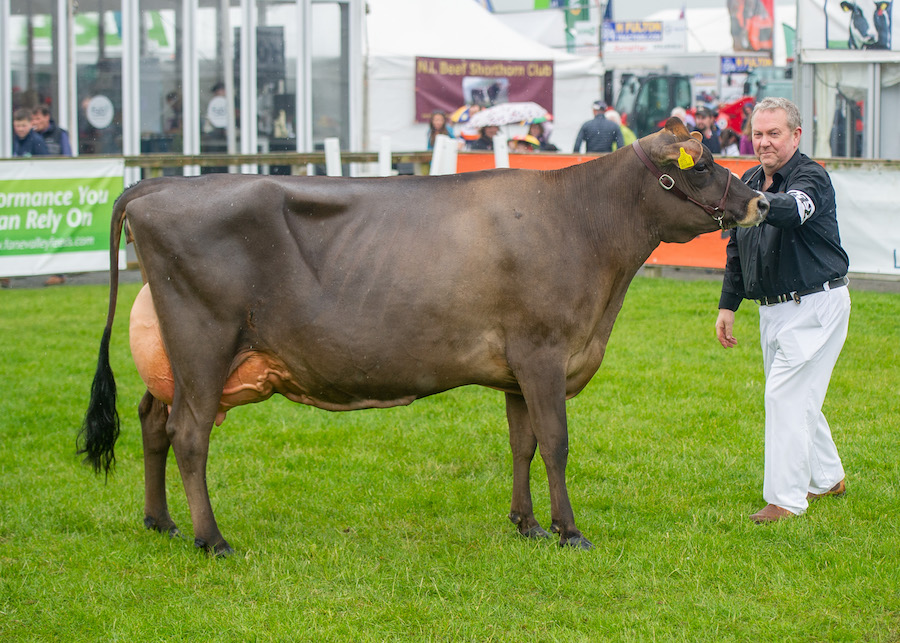 She went one better after scooping the reserve rosette in the interbreed last year.

Sired by Tower Vue Prime Tequila she is out of Newmoor Sultan Cookie and is classified Ex93 – the maximum score for a third calver.

She last calved in November and is currently giving 28kg daily at 5.9% butterfat and 4.1% protein.

She now heads home to rest and may be shown in-milk at the Royal Ulster once she’s calved with her fourth this November.

Commenting on his placings, Mr James said the Holstein had “tremendous style” and was “very correct in the udder and teat” adding:

“The champion and reserve were very close indeed. The champion only won it by a whisper. I think the Holstein cow today is that fraction more dairy and just a little cleaner and longer through the shoulder and neck.”