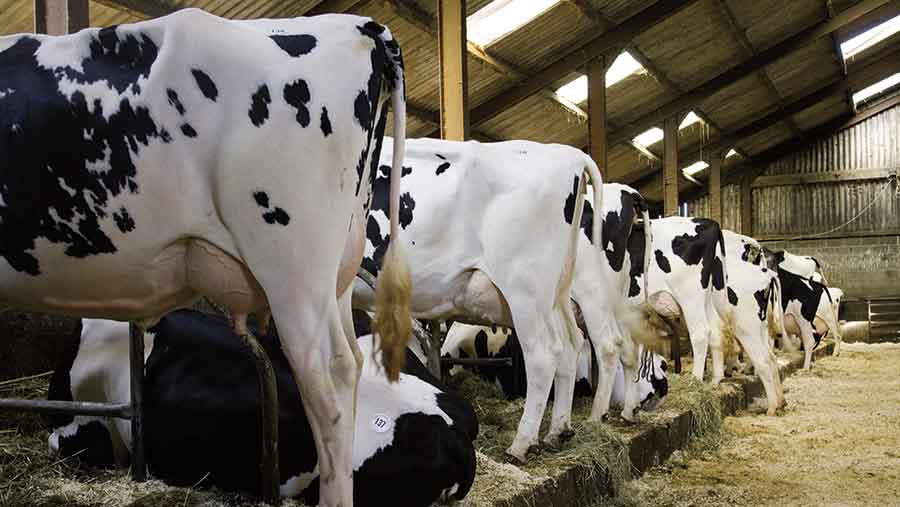 To produce milk efficiently, it is vital the cow is able to extract as much as possible from its diet.

We spoke to Alltech regional ruminant manager Siwan Howatson, who says while there are numerous scientific measures to gage rumen health, producers can get a very good indication from simply observing their cows daily.

See also: How to maximise sugar content in grass silage

In addition to assessing muck, a visual evaluation of body condition score, rumen fill and rumination can provide a strong indication of how efficiently a cow is operating.

By examining muck, farmers can identify issues with rumen health and digestibility that may be reducing efficiency.

If a problem is suspected, Ms Howatson recommends exploring reformulation options to see where changes can be made to deliver a more rumen-friendly ration that optimises nutrient availability from the diet.

Ms Howatson advises using a three-tiered muck screen to obtain a more detailed assessment of the digestibility of the diet.

A sample of faeces – ideally representative of 10% of the herd – should be sieved under running water.

A sample that indicates good diet digestibility and rumen health should contain a small amount of faecal material in the top sieve with minimal undigested grain, and more than 50% of the faecal material should appear in the bottom sieve.

If the sieve shows a large proportion of undigested material in the form of fibre or wholegrain, it is clear the diet is not being used efficiently, which ultimately reduces profit margins.

Farmers can carry out a quick visual assessment of the muck by simply looking at consistency and how quickly it is deposited from the cow.

A consistency score can be given from one to five, with one being very thin and watery and quickly deposited, to five, which is stiff and hard. The target for dairy cows should be a score of three, which indicates the ration is well balanced with an optimum rate of feed passage (see images one to five below). 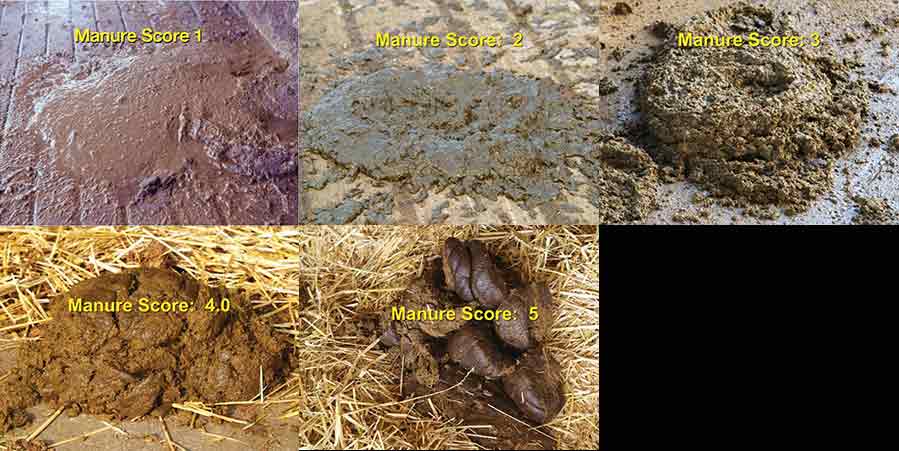 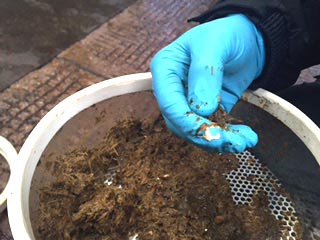 The content of the muck should also be checked.

The presence of large forage particles or undigested grains may indicate the cows are not ruminating properly or the rumen passage is accelerated (pictured right).

This may be due to inadequate intake of fibre – a component of the diet that is required for stimulating rumination – or a variable rumen pH.

Mucin casts (pictured below right), which appear black and slimy, may also be observed.

These indicate damage to the large intestine, possibly caused by excessive hind-gut fermentation and a low rumen pH. 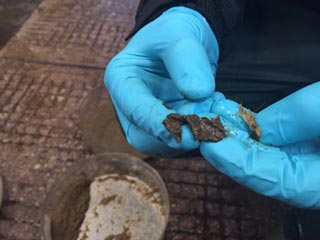 Manure that appears foamy or bubbly is suggestive of ruminal acidosis, or again excessive hind-gut fermentation resulting in gas production.

Including the controlled-release, non-protein nitrogen source Optigen in dairy rations can help enhance fibre digestion and improve milk yield, butterfat and rumen health, according to an on-farm trial carried out by Alltech.

The trial, which took place in the north-west of England and involved 2,485 cows across four farms, was initiated following conversations with the farm managers, who wanted to increase milk yield and butterfat, but did not have the option to increase forage intake.

It works by providing a sustained source of nitrogen within the rumen, enabling the rumen’s fibre-digesting bacteria to break down fibrous material that can be used by the animal.

This ration was fed for four weeks, with performance recorded two weeks prior to its inclusion and two weeks after it was removed from the ration. Researchers measured:

Overall, through the reformulation of the diet and improvement in yield and butterfat, the trial farms gained a net average of 16p a cow a day, equating to a herd total of £398/day.

The addition of a sustained-release form of nitrogen fuelled the fibre-digesting bugs.

It is a rationing tool that can work within a diet in a number of ways, depending on the feeds and forages available.

It allows the ration to be balanced to create an optimum environment for digestion within the rumen.