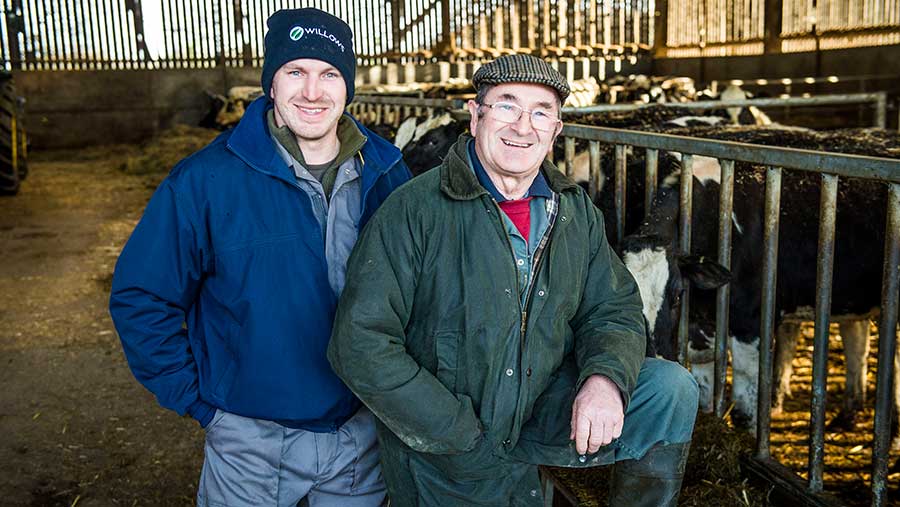 Close attention to weight gain and calf hygiene is ensuring the heifer-rearing business of Alan and Rick Ford meets customer requirements and growth rates of 0.7-0.8kg/day.

Former dairy farmers, the Fords of New Farm, Northwich, last sold milk to Dairy Farmers of Britain in 2006 and over the past 10 years have grown their heifer-rearing business from 30-40 calves to a summer capacity of 550 head.

Plans are now afoot to expand by a further 100 heifers, taking overall numbers to a summer figure of 650 head, explains son Rick.

“Our costs are effected hugely by the length of the grazing season,” he says. “We see a much better margin from an early turnout and a good autumn.”

Calves entering the farm at six- to eight-weeks old receive a ration mixed at 2kg of nuts to 1kg of rolled cereal that is fed at a rate of 2.5-3kg a head a day with haylage and eventually reduced to nothing by eight to nine months of age, by which point haylage is replaced with chopped silage.

Calf pens are limed and rested in between batches and steam cleaned three to four times a year with hypochlorite solution.

See also: Watch the video on how to use a refractometer to test colostrum quality

“Youngstock health starts from the moment the calves are born,” says Rick. “The job we do depends on the job of the customer with their newborn calves before they even reach us.

“If there are things to concentrate on I would say its colostrum, vaccinations and keeping stress-free animals.”

Chopped silage grows heifers from 200kg to bulling weights of 320kg or 350kg, at which point mineralised protein licks (16% crude protein) are provided. 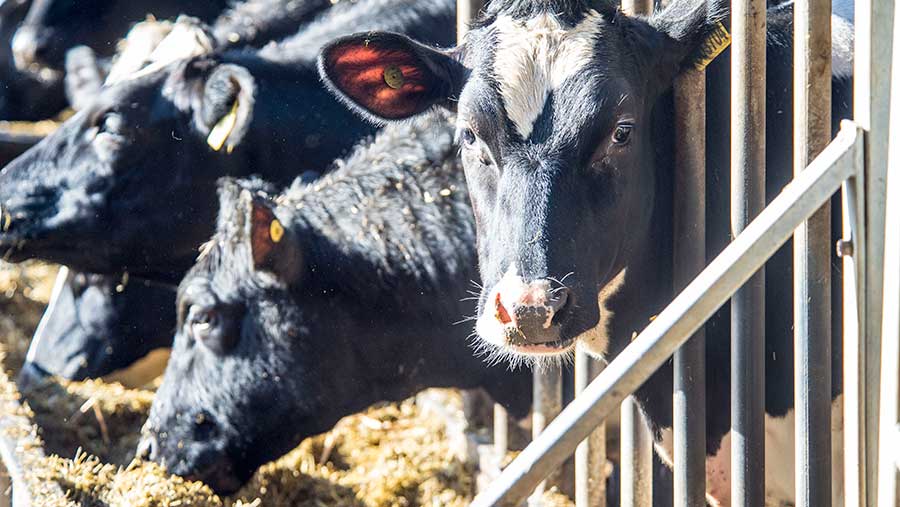 Target bulling weights require heifers to add 250kg at New Farm at a rate of 0.7kg/day to be served at 13-15 months old. Higher-performing animals will do 0.8kg/day or more and continue adding 0.7-0.8kg after bulling.

Conception rates at first service hover about 75% for the block-calving heifers and conventional semen and 60-65% for sexed semen heifers. Heifers calve down at 22-26 months of age.

All calves are weighed every four to six weeks, with corn rations and silage introduction adjusted according to silage quality and body condition.