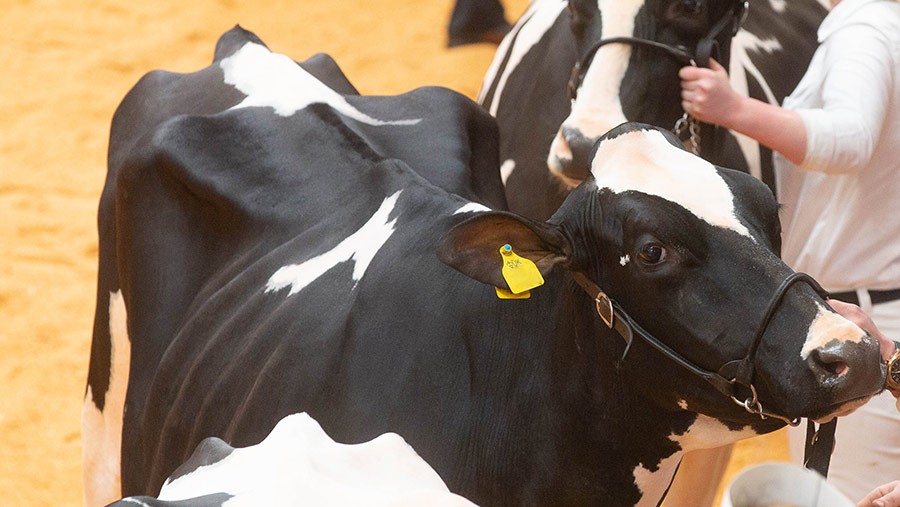 Cattle breeders have been reminded that subsidy penalties and assurance scheme expulsion are among the sanctions for anybody caught sealing cows’ teats with glue at shows.

Sealing cows’ teats to stop milk flow and enhance the udder is a breach of animal welfare legislation, Red Tractor and Defra have stated.

Defra confirmed to Farmers Weekly the controversial practice is outlawed by the Animal Welfare Act 2006.

Being caught teat sealing could see Red Tractor farmers kicked out of the scheme, meaning milk cannot be marketed as Farm Assured.

In a statement to Farmers Weekly, Holstein UK stressed the importance of cattle showing as a platform for breeders to showcase animals but reiterated health and welfare was a priority at all times.

Holstein UK CEO Sue Cope said: “It is worth noting that unlike many of our European counterparts, here in the UK, sealing of teats is prohibited and has been for a considerable amount of years.

“UK Dairy Day, which hosts a number of national breed shows – including the National Holstein Show – has an agreement with a national vet practice to supply qualified veterinarians as welfare officers for the show.

“These welfare officers have ultimate control of the wellbeing of the animals in attendance and ensure all animals entering the show ring are fit and well, as well as ensuring the show rules are followed.”

She added the importance of understanding assurance scheme and milk buyer agreements were often highlighted by Holstein UK to members and all health testing, traceability, record-keeping and showing requirements.

What could the penalty be?

What do the rules say?