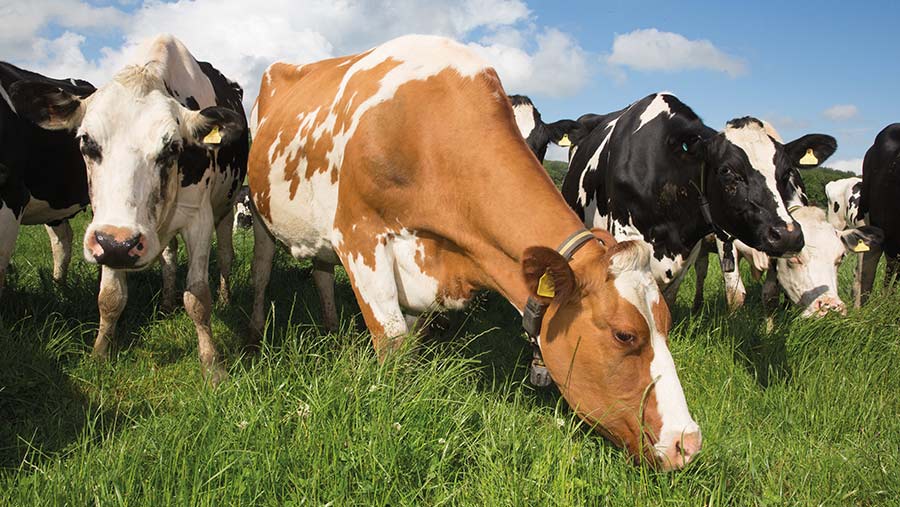 Cows’ milk is far more sustainable for the planet that “milk alternatives” made from soya, especially if it comes from UK systems based on grass.

That is the among the findings of a new study published in the Journal of Applied Animal Nutrition, looking at ways of reducing reliance on soya bean meal and palm kernel meal in livestock nutrition.

The authors calculate that about 85 litres of milk is produced in the UK for every kilo of soya bean meal consumed by dairy cows, compared with just 7.5 litres of soya drink.

“As a result, drinking milk from cows in the UK uses 11 times less soya than consuming drinks made directly from soya,” says the report, compiled by Prof Mike Wilkinson from Nottingham University and Richard Young of the Sustainable Food Trust (SFT).

Even in mainland Europe, where the use of concentrates is higher because grass is less available, milk from cows is four times more efficient than soya drinks in terms of soya use.

“Vegans and others who buy milk substitutes made from soya for their latte and cappuccino, or breakfast cereal, would do better to switch to milk from cows, and especially cows traditionally grazed on grass, if they want to help make a more sustainable planet,” say the report’s authors.

But farmers and the feed sector also have a part to play, by making more use of alternative, local sources of protein, they say.

The report notes that global production of soya bean and palm oils, which are closely associated with rainforest destruction both in the Amazon and South-East Asia, has doubled over the past 20 years and is still rising.

While this is closely linked to the production of vegetable oils for human use, demand is also driven by the use of the meal by-products in livestock feed, which plays a major role in making the cultivation of these crops profitable.

Soya is attractive in pig and poultry rations due to the high level and high quality of protein, while palm kernel is mainly used in dairy rations as a supplement to grass.

SFT chief executive Patrick Holden said: “This is an important study. It shows that livestock farmers could reduce their dependence on imported protein, which is produced at such a high environmental cost, and rely more on home-produced feed.”

The report points to a wide range of alternative proteins for use in livestock nutrition, including rapeseed meal, distillers’ grains and pulses, including beans and peas.

James McCulloch, head of feeds at the Agricultural Industries Confederation, said the UK livestock feed industry is supportive of all initiatives that may increase the use of home-grown vegetable protein in animal feed.

“Rapeseed meal is the most common alternative to soybean meal, but there are limitations on its use in livestock diets due to relatively high levels of anti-nutritional factors such as glucosinolates and erucic acid that cause problems in all production animals.

“Distiller’s and brewers’ grains are highly valued feed co-products, but the protein content varies depending upon the grain source, so they cannot be regarded as a direct alternative to soya.”

Mr McCulloch also explained that 57% of soya imported into the UK comes from sources carrying no deforestation risk, while 37% is considered “low risk”.