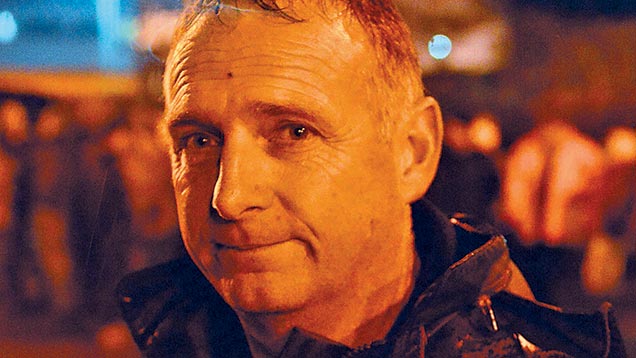 A dairy co-ordinator has spoken of his inner turmoil after resigning from Farmers For Action (FFA) after 12 years.

Paul Rowbottom said his decision to quit as Derbyshire/Staffordshire co-ordinator at FFA left him feeling “gutted” and riddled with “terrible guilt”.

But he felt leaving the dairy group was the “right decision” because not enough members backed his calls to renew protests over the ongoing dairy crisis.

The 50-year-old father of two, from Ipstones, Staffordshire, attended an FFA meeting near Cambridge on 2 July and resigned.

Mr Rowbottom said the FFA committee agreed to ask members about a return to protests. More than 200 FFA members were polled, but only about 30 agreed to resume direct action.

“I decided there was no point in shutting a dairy processing plant with 30 people,” said Mr Rowbottom. “I called for the protest and no one came.”

The decision to leave FFA was his alone. He considered his main role was to co-ordinate protests and help to keep everybody safe. But if people did not want to support him, he felt he was “not fit for purpose”.

Mr Rowbottom’s involvement at FFA, especially in the past 12 months, focused on meetings with processors and the dairy coalition as well taking part in and co-ordinating protest action.

He said telling his family he had quit was tough, especially his son Daniel, 18, a beef and sheep farmer, and daughter, Jess, 17. Both had accompanied him on many FFA protests.

But Mr Rowbottom said he was pleased to see that the NFU, FFA and the Tenant Farmers Association (TFA) were now talking to each other again.

“Farmers have lost all sense of what needs to happen. Divide and conquer will not work. You have got to be united.”

But he remains concerned about the large numbers of dairy farmers exiting the industry.

“Fifteen years ago, there were 25,000 dairy farmers in the UK,” he said. “Everybody thought back then that if 10,000 left the industry those that were left could pick up the business.

“But now we have less than 10,000 dairy farmers and 70% of those are being screwed on the milk price. I think it’s slave labour.”

Milk prices have come under pressure from rising supply over the past 12 months, heaping huge financial pressure on dairy farmers.

Global factors such as the Russian import ban on Western products, lower demand in China and the removal of milk quotas, have also contributed to the plunge in global dairy prices.

When asked about what dairy farmers could do to turn around the dire situation, Mr Rowbottom was unequivocal.

“The dairy farmer is paid by the milk processor, not the supermarket,” he said. “My view is, we should go back to the processor and say: ‘This is how many litres we can produce with an A&B price. We need a cost of production [price] plus a margin to remain in business.’

“The processor doesn’t want to do this because that means the farmer is making a profit all the time and they have some control.

“Milk companies will tell you there is too much milk sloshing about. But we don’t see them tipping it away. I think people are having their legs pulled.

“Dairy farmers are working seven days a week and losing money hand over fist. That cannot be right.”

Mr Rowbottom said he was asked by farmers to help co-ordinate last Friday’s rolling roadblock on the A50 near Uttoxeter, but he declined.

“I had just resigned from FFA, so I did not want to be personally involved. But I am glad the protest got the dairy crisis back in the public’s mind.”

Mr Rowbottom thanked those at FFA who had stuck by him, supported him and followed him round the country.

He also left the door open to a possible return to FFA in the future.

“It’s not the first time I have left,” he said. “I finished seven years ago and I went back in 2012 to help with the SOS Dairy campaign. I’m not saying I wouldn’t go back again.”

In a statement, FFA said: “This was a decision taken by Paul as he wishes to focus more on his animal feed business, but also in recent months he feels he has not been getting farmer support regarding FFA’s dairy campaign.

“We wish Paul well for the future. He has been a great help in organising FFA events and I am sure when the time is right, we will probably see Paul again.”