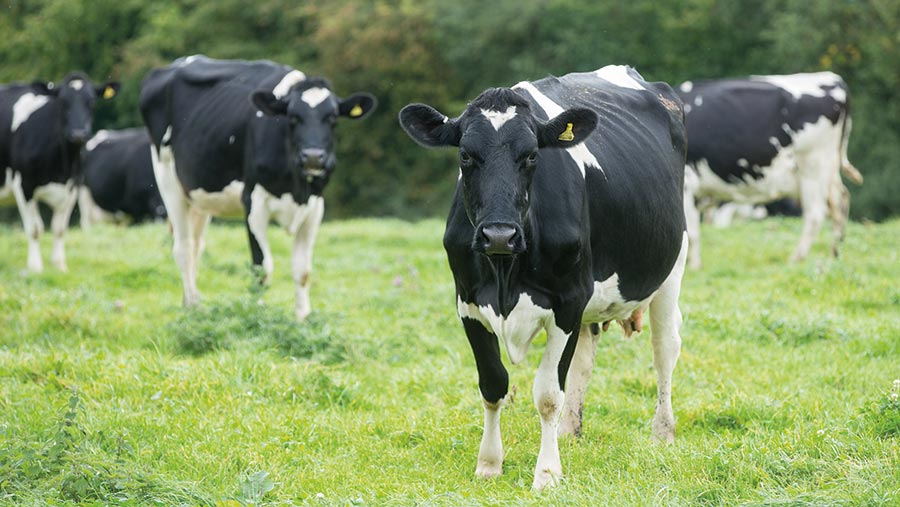 Dairy farmers are being encouraged to champion the sector rather than becoming embroiled in tit-for-tat arguments with anti-livestock campaigners.

Milk producers have a good story to tell, and should not be afraid of telling it, said industry experts at this week’s Dairy-Tech event.

But it is important for farmers to realise there are some debates they were never going to win, delegates were told.

Alongside a focus on innovation and technology, discussions included a session on defending the sector – and keeping milk relevant to consumers.

A recent surge in attacks by vegan activists on the dairy sector has seen farmers increasingly under fire.

It has included a month-long Veganuary initiative urging consumers to boycott milk and other animal products, and adopt a plant-based diet instead.

To counter the campaign, dairy farmers have launched their own Februdairy initiative, using social media platforms such as Twitter, Facebook and Instagram to promote the sector.

Dairy-Tech visitors were told that such campaigns could be very successful, so long as farmers got their messaging right, and promoted dairy products based on their taste and enjoyment, not just provenance and healthy nature.

AHDB head of crops and dairy marketing Rebecca Miah said: “Farmers should not be going head-to-head with vegans – you are not going to change their minds and any consumers looking in from the outside will just see an argument and come away with a feeling of unease.”

Vegan activists are a tiny minority, said Ms Miah. Instead, dairy producers should concentrate on the vast majority of consumers, who trust farmers.

People will listen if farmers tell their story, do it in a memorable way – and are open and transparent about what they do.

An AHDB dairy promotion that introduced people to the fictitious Department of Dairy Related Scrumptious Affairs has seen an 8% fall in the number of shoppers looking to reduce their dairy consumption – and an 11% drop in shoppers looking for dairy alternatives.

Chris Flint, partner at Kite Consultants, which provides business advice to 1,400 dairy farmers, said the vegan threat to the sector should be taken seriously.

The industry should adopt a “protect and promote” policy to highlight the benefits of milk, he said.

“There is a great story within dairy that we don’t talk about enough – we have a lot to be proud of.

“We need to get our house in order because the industry doesn’t want people who disrespect animals and who don’t do the job properly.”

Yorkshire farmer and NFU dairy vice-chairman Paul Tompkins said it was important to remember that 95% of people ate red meat and 98% of people consumed dairy products.

Farmers are the brand leader and needed to behave like it, he said.

“You don’t see Coca-Cola going around and rubbishing their competitors.

“Although we need to be aware of what the alternative markets are doing, we need to get on and do what we do best, which is producing top-quality, nutritiously dense food to fit every price point.”

Dairy market analyst Chris Walkland said poor practice within the sector needed to be weeded out so that farmers could not be unfairly accused of mistreating animals.

The industry has nothing to hide and should be more open, he said.