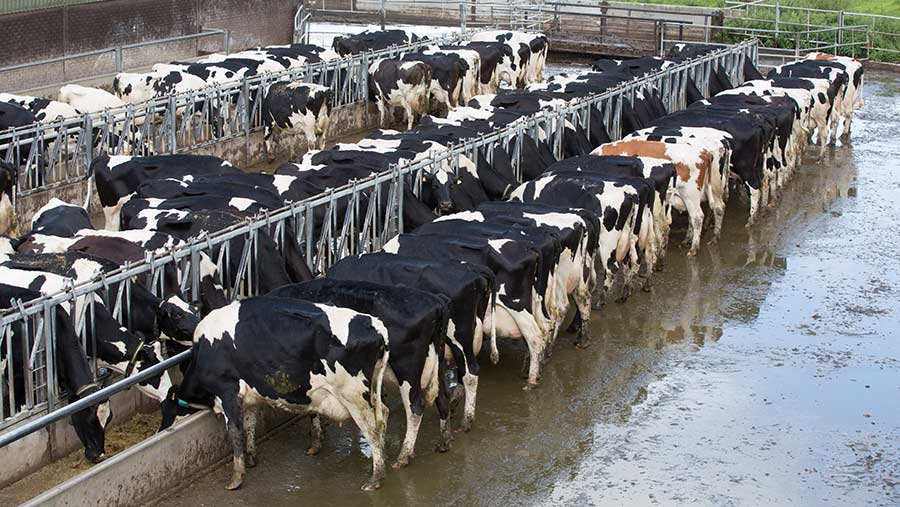 The government’s data protection watchdog is investigating after vegan activists published an online map showing the names and locations of more than 9,000 dairy farms across England and Wales.

Activists behind the Project Calf website are urging people to visit the farms, confront farmers and then film their responses when asked about dairy farming practices.

“The aim is to bear witness to the suffering of the animals on dairy farms and gather footage of what is happening to them to show people where their dairy products really come from,” it says.

Details of the farms were obtained using information that is publicly available under an Open Government Licence and published by the government.

In response, the government’s Information Commissioner’s Office (ICO) said it was looking into the use of the data.

“The reuse of this open government data causes concern,” said an ICO spokesman.

“If anyone has concerns’ about how their data has been handled, the ICO website has a range of guidance about what to do and how to make a complaint.”

Website users can click on a Google Map to find the names and locations of 9,338 dairy farms registered with the Food Standards Agency (FSA) in June 2018.

The website urges people taking photos and video footage to stay within the law and where possible target farms with public footpaths.

“There are lots of options when it comes to choosing which equipment you want to use – hidden cameras, camcorders, regular cameras or even a drone. Or just use your phone,” it says.

“All footage will have an enormous and vital impact when documenting the horrific reality behind dairy.”

The group’s Facebook page says: “All the dairy farms on one map. Makes finding them easy.”

The FSA said had been “made aware of the recent issues around the use of the registered dairy establishments data” and it would undertake a risk assessment of the impact of publishing this information.

NFU dairy board chairman Michael Oakes said: “Many dairy farms are run by families who live on farm. We respect the right of people to choose whatever diet they wish.

“The NFU has no issue with lawful peaceful protesting but such protests should not turn into the harassment and intimidation of our farmer members. There should be no place in society for that.”

The emergence of the Project Calf website comes during a month of action by vegans against the UK dairy and livestock industries.

The “Veganuary” campaign seeks to encourage people to go vegan by giving up meat and animal products for January and throughout the rest of the year.