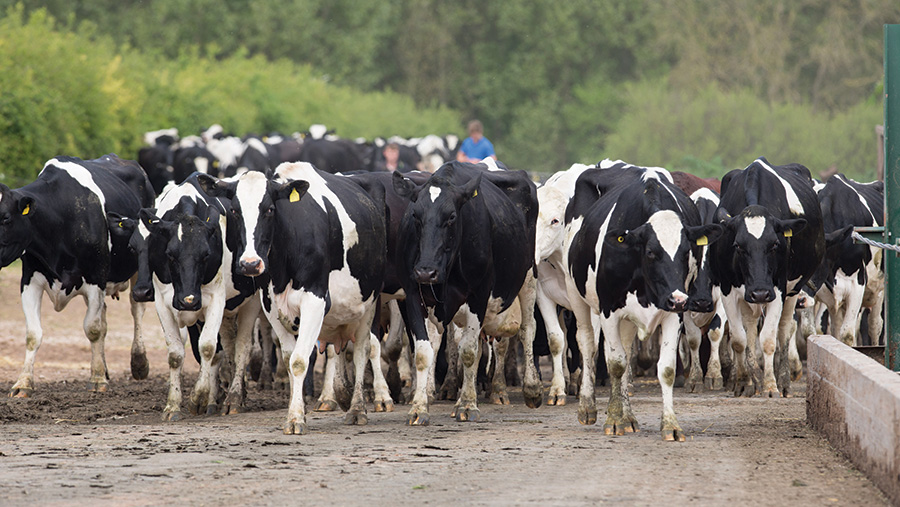 Milk producers are being asked to pave the way for a multi-million pound campaign that will promote and develop the market for UK dairy products.

Proposals by AHDB Dairy would see £1m of levy money earmarked to kick-start the campaign – with the same amount of money invested by Dairy UK.

Farmers’ representatives will be asked to approve the plan during an AHDB Dairy board meeting on (16 March).

Highlighting milk’s health and nutritional benefits would lay the foundations for promotional campaigns for dairy processors, he suggested.

“We have completely revamped our budget to make this money available,” Mr Jones told Farmers Weekly.

If the plans were approved, AHDB Dairy and Dairy UK hoped to lever in further funding from the EU, he added.

Rather than simply urging consumers to drink more milk, AHDB Dairy would promote dairy farming – encouraging a better understanding of dairying and its health benefits among consumers, said Mr Jones.

Processors would then build on that foundation to promote their dairy brands.

The proposal has been drawn up in response to calls from farmers for AHDB Dairy to do more to promote milk.

“We need to ensure this is a professional campaign that is properly run,” said Mr Jones. “We have a great product and there is a great story behind it.”

Research and development would continue, but would be scaled back so the £1m could be released although it was likely that further adjustments to the AHDB Dairy budget would be necessary.

“We have listened and found this money – hard though it has been,” said Mr Jones.

There were opportunities for domestic market development as well as the development and expansion of overseas markets for British dairy products, it said.

A targeted, pre-competitive marketing campaign by AHDB Dairy would reinforce the value of dairy products to consumers, said Dairy UK.

Doing so would complement and magnify brand marketing activity by processors, it suggested.

A Dairy UK spokeswoman said: “We think there is a lot more that we can do to stimulate demand – especially with the younger generation.

“We need a campaign that complements processors’ efforts and underpins their expenditure.”