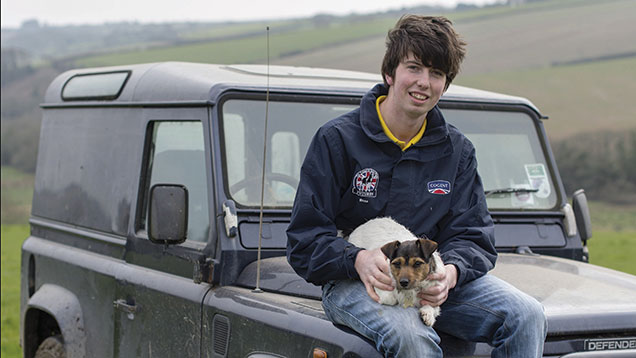 With good grass growth and favourable conditions we have been turning stock out.

However, night temperatures can still be quite cold, so we have kept the youngest animals in for the time being.

Keeping on top of the grass has involved weekly walks with my plate meter and my trusty sidekick Maisy, the resident Jack Russell.

While I record all of the measurements, it’s good to have her alongside just to confirm readings.

If she can walk through then there’s not enough.

If she has jump through it then the cows can graze that piece.

If I can’t see her at all, then either there’s plenty of grass and we’ll shut that paddock for silage or she’s gone to introduce herself to a footpath walker.

Either way it’s good to have the grass as we head towards silage time and our breeding season. What sort of world the resultant calves will be born into is anyone’s guess.

In case you managed to escape – lucky you – there’s an election around the corner.

It is highly likely the next government will be a coalition.

It’s frustrating and worrying to see issues such as TB eradication being thrown about in what appears to be an attempt to win votes.

Such short-term opportunism could be disastrous in what is a long-term game to rid this country of TB.

Yet when it comes to any other long-term strategies, each party is as vague as the last.

I find it odd to hear a would-be MP praising the long-term vision for UK farming when they themselves could be out of a job within a month.

After everyone has voted, there will be a big shake-up of power in this country.

What this means for the farming industry is unclear.

With a huge budget problem to sort out, any efforts to improve our lot for the future by government seem remote at best.

At the moment though, I can’t help but think there are enough short-term problems for everyone to worry about.