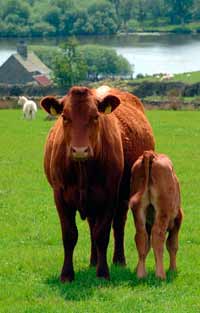 A radical strategy to cut greenhouse gas emissions could lead to the majority of cattle in Wales being housed, a report has concluded.

According to the major report released by the Welsh Assembly Government on 5 March, agriculture could make substantial progress to carbon neutrality by 2040.

In the short term, the report recommends the introduction of anaerobic digestion and more efficient use of manure, fertilisers and energy, the expansion of woodlands and the development of renewable energy sources.

The report’s emphasis is on maintaining intensive dairy, sheep and beef sectors while diversifying and increasing vegetable crops.

In the longer term, the report recommends development of a more radical approach where much of the cattle herd is housed to capture the methane.

Professor Gareth Wyn Jones, the Land Use Climate Change Group chairman, admitted the group had been faced with a major challenge.

But he believed that the recommendations would achieve a major cut in net emissions by “about 2040” and would contribute to the sustainability of rural Wales by generating additional income streams such as micro-renewable energy generation.