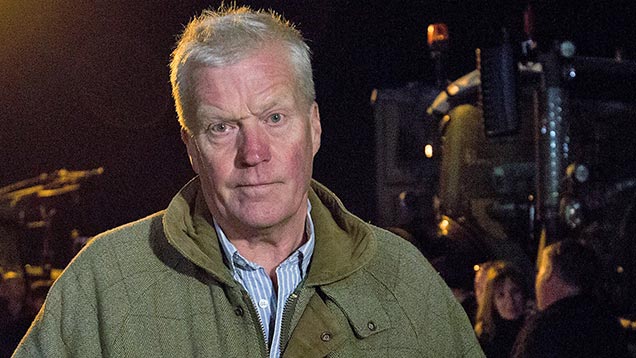 Campaigning dairy farmer David Handley remains adamant he will quit the industry this spring because he sees no clear signs of a turnaround.

Mr Handley, who is also chairman of lobby group Farmers for Action (FFA), said his farm business was losing too much money and it was looking increasingly likely that he would exit the industry.

“It’s still on the cards (exiting dairy),” he told Farmers Weekly. “I have a meeting with my milk buyer at the end of this month. We will make the call after that.

“I have asked him to give me a prediction about where we are going to be for the next six months. However, I’m pretty sure what the decision is going to be. I think it will definitely be an exit strategy.”

Mr Handley announced in January, during a speech at the Semex dairy conference in Glasgow, that he would consider quitting the dairy industry this spring .

He said his herd, milking parlour and equipment would all be up for sale in April, if milk prices don’t improve.

Mr Handley runs a herd of up to 140 head, including youngstock, in Monmouth, south Wales. Over the past 12 months, he, like so many other dairy farmers, has seen his farmgate milk price crash by almost one-third.

He supplies about 30,000 litres of milk each month to County Milk, which pays him 22p/litre – down from highs of 32p/litre last spring.

“We’re losing about 4p/litre for every litre of milk produced,” said Mr Handley.

“There’s no other diversification here. It’s a very wet farm. We don’t have arable. The only other thing we could possibly do is beef or sheep.

“I’m getting no return on the capital investment and labour employed. Frankly, we are blowing our brains out.”

Mr Handley believes talk by the government of a recovery in milk prices this summer is premature and he thinks the outlook for the sector is bleak.

He said dairy farmers were being “spun a line” from the government that exports were up. But in the meantime, the country is importing 40% of its dairy – and that figure is rising.

“You’ve only got to look at what China is doing. It is seeking to boost imports of cows to boost milk production. The way it’s going in the UK, we’ll end up putting niche products into niche areas.”

When asked about his future plans if he did quit dairy, Mr Handley said he would welcome any opportunity to work in a political role, influencing decision-making in the industry.

“I would really like to get involved in something like Dairy Co, or a position where I could make a difference to dairy farmers. I would love it – it would give me a buzz,” he said.

“There’s no chance of that could happen because of my views. But this industry needs a radical shake-up.”

More than 1,000 farmers are set to quit dairy this year, which the NFU described as “tragic”. The number of dairy farms in the UK has halved since 2002, to fewer than 10,000, the union said.