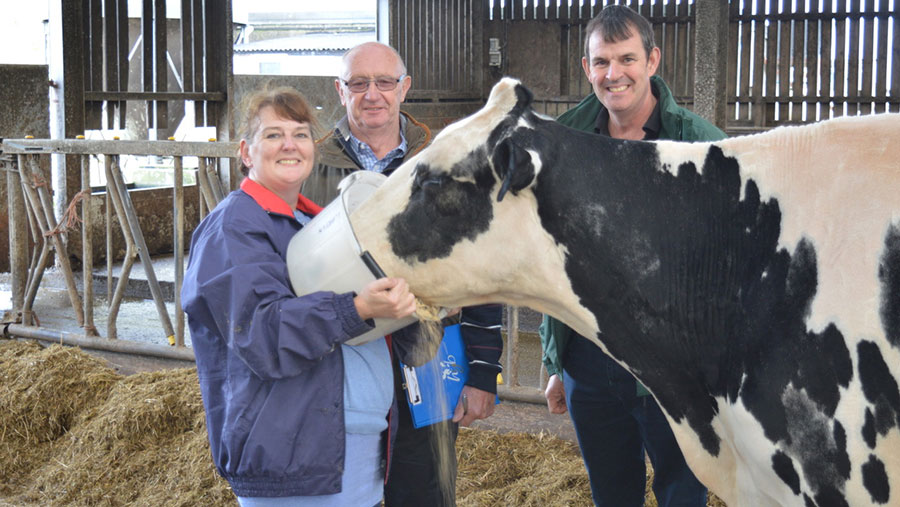 A once-dwindling regional Holstein show has been invigorated by a ground-breaking move to judge cattle at home in their working clothes.

The on-farm challenge saw the judge come to each individual farm, sparing breeders a raft of time-consuming jobs, resulting in a competition of 23 herds.

Time constraints and bTB restrictions were listed as reasons for a struggling competition, with farms unable to find the time to wash, trim and halter-break cows, as well as pre-movement test or even fall under bTB lockdown.

The idea was taken from Australian Holstein shows and Jersey shows on the island of Jersey.

Show rules permitted clipping and washing but not toplining. Cows were not haltered, which also saved time in breaking cows in for the show.

Club secretary Cari Thomas said: “Numbers at the show were really dwindling and we had lost some loyal exhibitors to TB and being shutdown.

“This format gave an opportunity to some of the commercial, larger or busier breeders in the area to showcase their best cows.”

The showing took five days, running from Monday to Thursday and culminating at the Royal Cornwall Showground members pavilion on Friday 26 October.

Videos and photos were taken by Holstein UK classifier Lynden Bustard, which were used on the night of the awards ceremony.

A presentation and catalogue showcased the animals. Mr Dickinson explain his choices to an audience of more than 100 people.

Strict biosecurity measures saw the judging team clean and disinfect equipment and clothing between each farm.