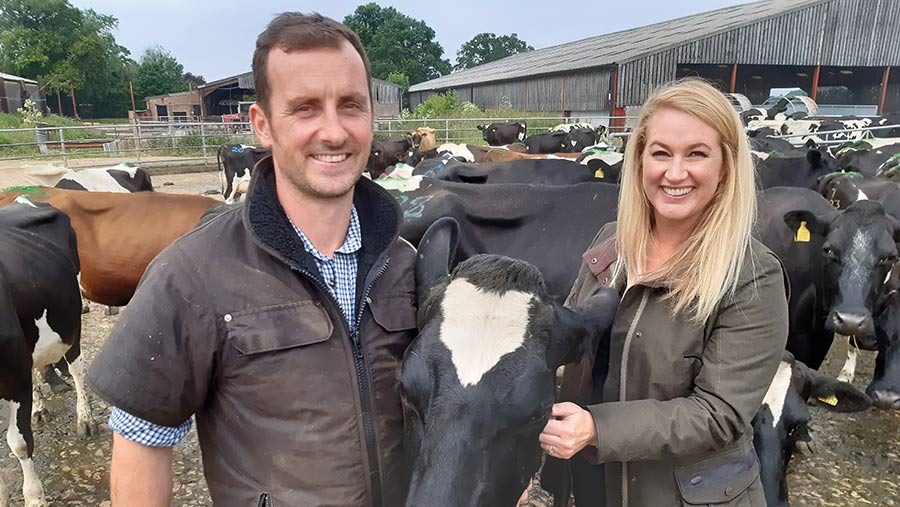 Dairy farmer Jimmy Pritt believes contract farming is a good option to consider for those looking to manage a dairy business or expand an existing one. He says not only does this type of agreement share the risk, but also the costs and profits.

He grew up and worked on the family dairy farm in Cumbria, before studying agriculture at Harper Adams. His first role after graduating was with a 230-cow, high-yielding herd in Berkshire, where he started as assistant herd manager before stepping up to herd manager.

The next move was to join his family partnership, where he learned more about business finances and managing a grass-based system. He also got involved in First Milk’s development group, giving him a greater understanding of the industry, and introducing him to a network of farmers and contacts.

Through this, he applied for a herd management role in Shropshire and the herd owner, Michael Arlington, went on to offer him a contract-farming agreement instead. This involved tendering for the tenancy at Whetstone Pastures (of which Mr Arlington is the tenant) to set up an entirely new dairy enterprise in 2014.

“I have been fortunate to receive ongoing mentoring from Michael, as well as the contract and financial backing,” says Mr Pritt. “He always challenges me to think hard about decisions, which has really helped the business progress. It started with just my wife, Esther, and I when the first 175 cows arrived from Ireland, and it has been a steep, but rewarding, learning curve since then.”

Mr Pritt focuses on margin and quality, maximising grass use to produce 6,300 litres and 530kg of milk solids a cow.

How the contract agreement works

They chose to operate a flying herd, as the farm didn’t have enough land or buildings to rear youngstock and they felt buying in was a lower-cost option.

Mr Arlington owns the cows, and although this has meant it is more difficult for Mr Pritt to build capital, he says it has allowed him to get started with minimal finance. Numbers have increased steadily to 390 cows. Further blocks of land have been rented, bringing the total farmed area to 107ha (264 acres).

In 2017, a New Zealand-style parlour complex was built to replace the old herringbone parlour, along with a slurry lagoon and limestone cow tracks. Furthermore, two buildings were converted to increase cubicle numbers to a total of 346. 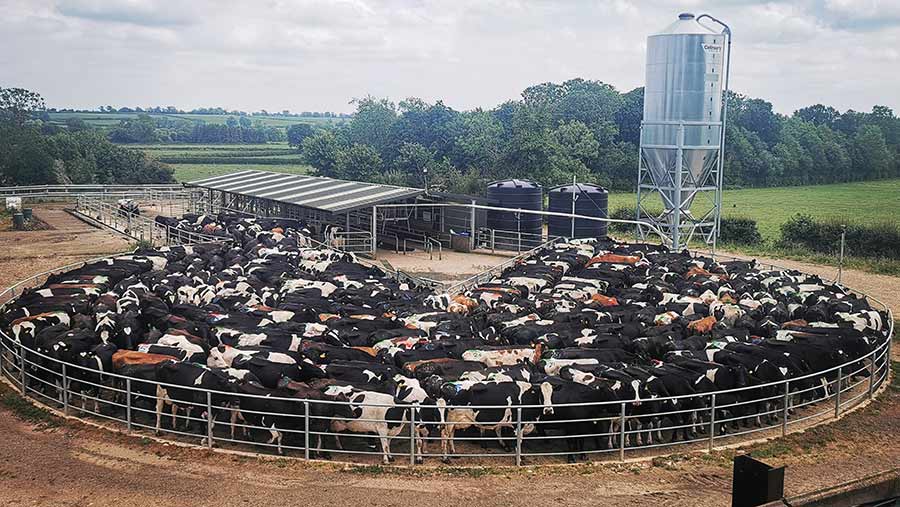 Grassland improvement has been a key focus, with 75% of the total area reseeded. Additional fencing was installed, and existing fencing was improved, along with new concrete water troughs and pipes.

This helps Mr Pritt to graze for as long as conditions allow. Cows are normally turned out in February and start to come back in at night when the clocks change in the autumn. By Christmas, they are fully housed.

The target is to achieve at least 4,000 litres from forage and, in a typical year, they produce 15t of dry matter (DM)/ha, on average.

Maize and grass silage is grown on contract with a nearby arable farm. Regular soil sampling is carried out, which also enables them to tailor fertiliser use, and they spread slurry after grazing to help reduce input costs.

Cows calve from the end of February to the end of May, with all animals put to short-gestation beef sires. 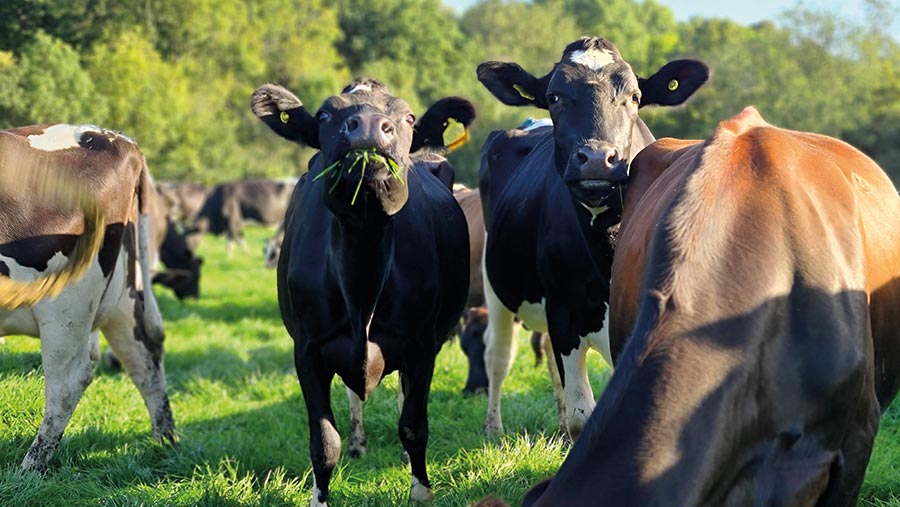 Mr Pritt says contract farming can present many challenges. The first stumbling block is finding a farm. It can take a while to identify a farmer who wants to work with a contractor, says Mr Pritt. To help, he has tried to make as many contacts as possible via discussion groups, conferences and training courses.

Bank loans can be hard to secure without land or assets. To overcome this, Mr Pritt has purchased, replaced and improved his machinery and equipment gradually, financed initially via his savings, hire purchase and a small personal loan.

It is often challenging to find and retain good staff, but by offering good pay, working conditions and training, Mr Pritt has maintained a settled team for the past three years. This comprises an assistant herd manager and two relief milkers. Saying thank you is also important, believes Mr Pritt, as is self-awareness and understanding of how to capitalise on people’s strengths and weaknesses.

However, he believes the benefits far outweigh the challenges. Having full autonomy in terms of the management of the farm and team enables you to positively influence the progression of your business, he says. Furthermore, he has been able to build up some capital in the form of machinery and equipment.

Having achieved his initial aims at Whetstone Pastures, Mr Pritt has just confirmed an additional contract-farming agreement with a nearby dairy farm.

Recruitment has begun for a team to work with him on the 405ha (1,000-acre) unit, where he will be milking 600 autumn-calving cows, with milk supplied to Muller Tesco.

Alongside carrying on a small amount of dairy consultancy, Mr Pritt hopes to continue to grow JWP Farming by taking on more opportunities.