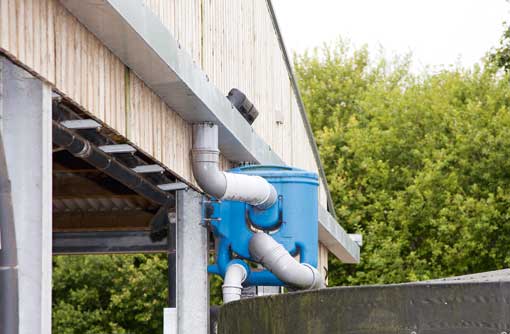 Improved environmental performance and more efficient use of inputs contribute to increased competitiveness, as well as to a positive image of dairy farming in the eyes of consumers and policy makers.

From inception in 2008, the Dairy Roadmap set out to highlight and further improve the environmental credentials of the dairy industry. Targets were set for 2010, revised last year for 2015 and 2020, to reflect reductions in greenhouse gas (GHG) emissions, improvement in water use efficiency, nutrient management, participation in agri-environmental schemes, renewable energy etc. The processing and retail sectors also play their part, by undertaking sustainability initiatives in energy and water use, renewables, biodiversity, GHG emissions, waste and recycling.

The latest Dairy Roadmap report shows how we are making progress towards these targets. While there is more to be done, the results convey some very positive messages, particularly that the dairy industry is taking its environmental responsibilities seriously.

Supporting evidence for the Roadmap has been drawn from a range of sources, including DairyCo’s Carbon Footprinting study of 415 farms, which reflect the GB dairy industry.

The first year’s result showed an average footprint of 1309g of carbon dioxide equivalent (CO2eq) for each litre of fat-corrected milk. The same sample in 2012 showed a further reduction of 5%.

Across both years, it was clear that a low carbon footprint can be achieved irrespective of production system, with the best operators achieving less than 1000g/litre.

The key common denominator is production efficiency. Typically, this includes an efficient feeding system, a reduced herd replacement rate, effective utilisation of home grown forages, optimum use of fertiliser, slurries and manure – all contributing to reduced emissions and reduced costs per unit of output.

Individual farm case studies illustrate how reduced carbon emissions can be practically achieved. On John Barrowman’s North Knockglass Farm near Stranraer, the carbon footprint for every litre of milk dropped from 1349g CO2e in 2011, to 1,007g last year.

In large part, this was due to an increase in feed efficiency. An extra 1,000 litres a cow was produced from a similar amount of purchased feed, with average feed rate falling from 0.32 to 0.26kg a litre.

At Lower Castle Hayes Farm in Staffordshire, Phil Smith aims to meet all the farm’s phosphate and potash requirements from home produced manures and slurry.

The liquid portion of separated slurry is spread on grassland through the summer reducing contamination of the crop, eliminating pollution risks and saving 25% on fertiliser costs. Solid manure is spread in the autumn on wheat ground and in spring before maize.

A further proportion is exported to a neighbouring farm to comply with NVZ regulations. Carbon footprint was 1033g CO2e/litre.

In Somerset, Alan Cooper has been targeting heifer rearing, aiming to calve between 24 and 26 months of age, in order to minimise unproductive stock on the farm. Cows have been served with sexed semen to achieve a number of high quality home-bred replacements. The carbon footprint for the dairy unit was 926g CO2e/litre.

Neil Morgan at Tredwewen Hall, Powys, is focused on good grassland management and high quality silage to support milk yields of 9,000 litres. A mixture of forages is grown, so grass leys are typically 4-7 years old and respond well to the nutrients applied. the carbon footprint is 1,101g CO2e/litre.

Also featured in the Roadmap report is Steve Edmunds. He has invested in 90Kw of ground-mounted solar PV, replacing 50% of imported power for a 200-cow dairy unit, three farm dwellings and a neighbouring poultry unit.

From a sample of more than 400 farmers responding to a DairyCo survey earlier this year, 29% had implemented some form of renewable energy and 39% were considering doing so.

Of these, 71% had installed solar photo-voltaic panels, 22% had erected wind turbines and 5% had put in anaerobic digesters.

This sample may be self-selecting, and therefore not totally representative, but does indicate the direction of travel and progress being made by the industry.

By 2015, the overall Roadmap target is 10-15% of energy used on farm to come from renewable sources.