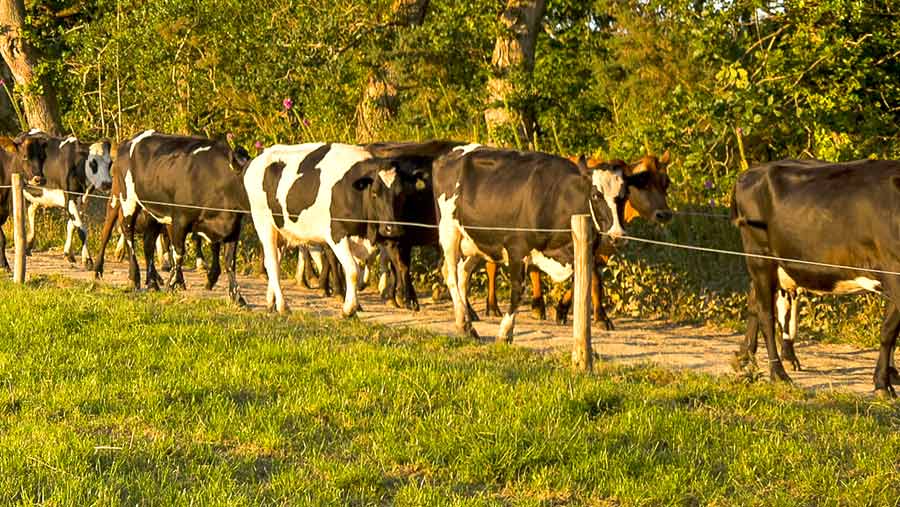 Developing a low-cost, grass-based system has brought two key benefits for a Cornish family that is on course to quadruple cow numbers in six years.

Not only does the grass-based system ensure profitability when milk prices are low, but it also helps in the marketing of the farm’s main diversification – Callestick Farm Cornish ice cream.

See also: How an Irish dairy farmer is achieving 29% return on capital

Even during the drought, the Parker family, Callestick Farm, Truro, only saw feed costs rise to 5.67p/litre when buying in clamp silage and extra concentrate to keep the cows milking.

“The dairy must stand on its own feet and can’t be supported by the ice cream business,” says Sam Parker, who oversees the management of the farm.

“The farm gets paid the same Arla price for milk going to ice cream, which keeps it efficient. 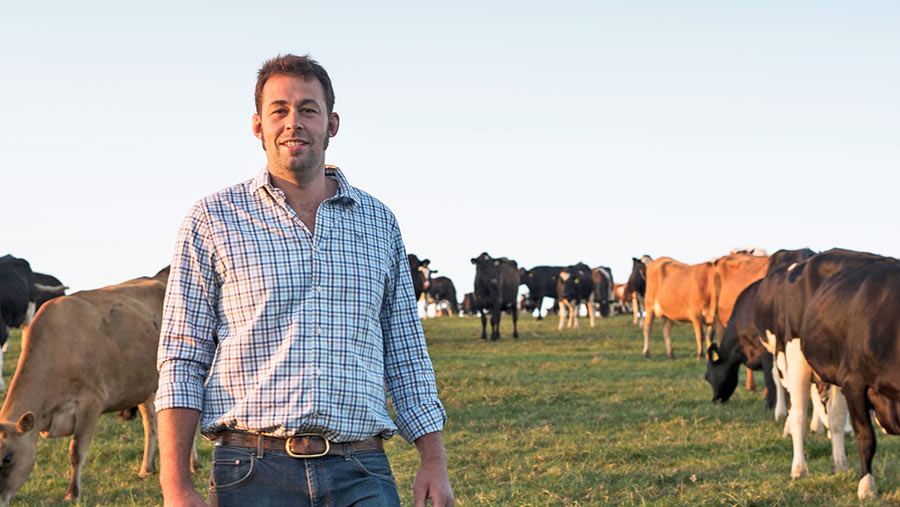 “The system also sits well with the image of our ice cream being natural, coming from grass-fed cows and having no additives. All the cows are grazing outside.”

Sam’s mother, Angela, first made ice cream in 1989 in the farmhouse kitchen, when Sam and his brother, Ben, were young boys and their father, Sebastian, was running the farm.

Since then, Callestick Farm Cornish ice cream has seen a meteoric rise from being a cottage industry to now producing up to 7,200 litres of ice cream a day and selling across the UK and as far afield as China.

Last year, the farm employed a sales director to work in the limited company alongside Sam as agricultural director and Ben as operations director.

Now milking 345 Jersey-cross cows, the Parkers aim to be milking about 400 cows by 2021. Calving takes place over nine weeks from 10 February.

The new site – called Polvenna Farm – lies half a mile across the valley from Callestick and is 1.5 miles away by road.

In a busy six-month period, the Parkers built on a piece of land at Polvenna that had been levelled by tipping commercial earth and rubble waste.

Apart from the parlour installation and the cow stalls, the Parkers undertook much of the work themselves, as Ben is an engineer and competent welder.

Two swing-shovel diggers, a bulldozer and a dumper truck were bought for groundworks, which will be sold on once the work is complete.

Land is currently still being levelled to extend the collecting yard and offer more loose housing for wintering and calving. Commercial waste soil and hard core is being dumped on the site to build up levels.

Meanwhile, the old parlour and cubicle shed have been converted into a calf-rearing unit.

While buildings were being developed, cows have been outwintered on a kale/rape hybrid and bale silage that is direct drilled into old leys after being sprayed off.

The next project is to complete a dirty water pumping system to take collecting yard slurry and parlour washings to hydrants in pastures through pipes.

A network of slurry water pipes was trenched in alongside the water pipes when the drinking water was installed for the paddock grazing system.

The aim is to collect muck and slurry in a reception pit at the back of the collecting yard and separate solids and liquid via an electric pump and separator system, which pumps the liquid through a six-inch pipe to an above-ground slurry tower.

From the tower, 63mm pipes will take the liquid to hydrants in pastures, where they will be spread with a rain gun. Solids will be stacked and spread on arable land or reseeds.