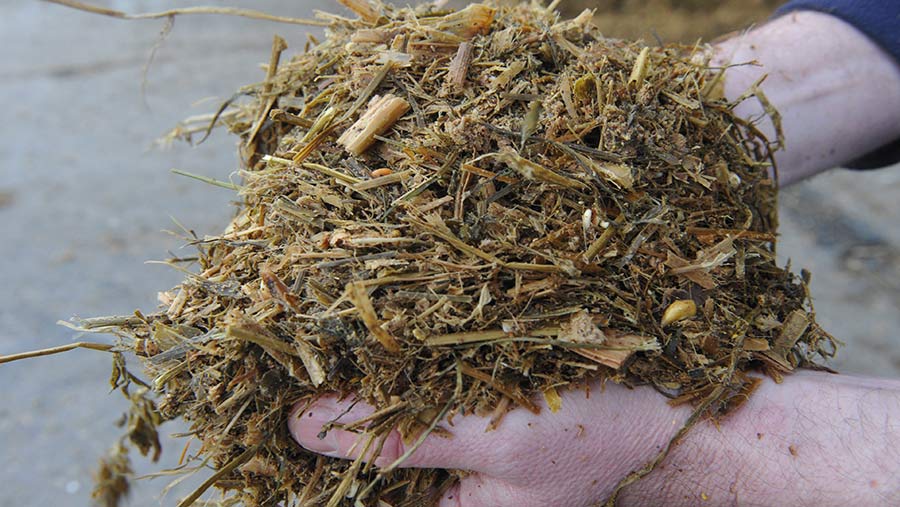 Joe and Sam Foot harvest all the maize they grow for their dairy farming operation near Weymouth as shredlage.

The technique, used more widely in the US than the UK, is characterised by pulverising the grain at harvest.

The stalk is shredded and the grain is smashed. These two actions combine to provide a greater surface area for rumen bugs to work on, which enhances digestion of starch in the feed.

The Foots were early adopters of the technique in the UK five years ago, and they have stuck with it.

Their milk contract with Arla, which has a constituent-based pricing formula, encouraged them in that direction.

As a high-yielding system, they wanted to enhance butterfat levels through better diets and genetics.

Joe Foot explains: “We wanted to improve the processing of the maize to get better digestibility because our supply contract rewards us for producing high-butterfat and high-protein milk.”

The crop is grown in the same way as one that is to be processed conventionally.

The Foots drill the maize from the end of March, starting with early varieties from seed company Maisadour Semences (soon to be MAS Seeds), grown under biodegradable starch-based film.

“We have found these varieties to be very consistent and reliable on starch and metabolisable energy [ME],” Mr Foot says.

The bulk of the crop is planted through April and the final 25% after first-cut grass silage, in the first week of May.

With soils ranging from chalky to heavy clay, maize production is matched to the fields with medium-textured soils.

“It can be a very dry area – I believe this area of Dorset is one of the sunniest parts of the UK. Growing maize and lucerne is a useful backup to our grass in a dry summer,” he says. 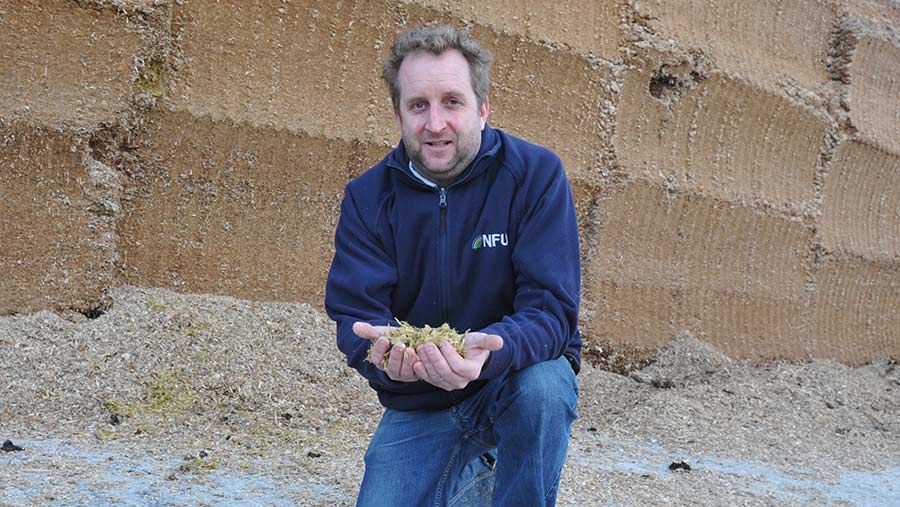 Harvesting of the early crop generally gets under way by 10 September. This is followed by the later-maturing varieties, and the aim is to get the harvest finished by 1 October.

The brothers – who also run an agricultural contracting business – invested in a specialist processor in the maize harvester to produce shredlage for themselves and their customers.

“Some farmers are satisfied if the kernel just has a crack in it at harvesting, but the shredlage processor smashes it to pieces,” Mr Foot says.

Because the grain is so well processed, cows can digest more of it. Chop length is longer than conventionally harvested maize – typically 22-30mm. This means it moves through the cow’s digestive system at a slower speed.

Although shredlage as a technique is not new, it is still relatively uncommon in the UK, and one of the reasons is the higher harvesting costs.

The premium works out at about £12/ha (£5/acre) above that for harvesting maize conventionally.

“As with everything in dairy farming, it is about marginal gains,” Mr Foot says. “Contractors have struggled to pass on the extra costs associated with shredlage to their clients.

“But that cost should be balanced against the extra energy available in shredlage through the better processing of the grain – we are getting better feed value from it.’’

Rape meal and minerals are added to balance the diet.

Since 2016, the Foots have generally seen an improvement in herd health status, fertility and butterfat levels.

“We are trying to improve everything by a little bit all of the time,” Mr Foot says.

“As with anything in dairy farming, you can’t nail it down to one particular improvement, but shredlage, and particularly the better kernel processing, will certainly have been part of that jigsaw.”

“We are constantly trying to improve milk quality while making the best use of home-grown feed,” Mr Foot says.

One drawback of shredlage is that more fuel is used during harvesting. This is because the longer chop means the forage is not as dense as maize harvested conventionally, meaning less weight in a load and so more trips with the trailer.

The Foots initially harvested at a chop length of 28mm, but have since reduced that to 18mm.

They say this is a compromise that allows for increased trailer weights, improved clamp consolidation and reduced sorting by cows of the shredlage in the total mixed ration (TMR).

“It has considerably reduced the issues we had with sorting, so intakes are better,” Mr Foot says. “If everything is milled up to have shorter fibre there is less wastage.

“We are also getting more maize in the trailer when we are hauling it, so we are using less fuel for haulage. Clamp consolidation is also much better, and that means losses aren’t as great.”

How to use shredlage in the ration

Studies into the feeding of shredlage have shown mixed results, but they seem to agree on one point: to maximise success, good clamp consolidation is essential.

Robin Hawkey, senior nutritionist at Mole Valley Farmers, says this is down to the longer chop length of shredlage.

“Maize harvested as shredlage can be more mature, so getting air out of the clamp can be a challenge. More consolidation is needed than with conventional maize silage,” he says.

It is important also to adjust the ration when switching from feeding conventional maize to shredlage.

“Some farmers who have included a big percentage of shredlage in the ration and have made no changes to the diet have run into problems,” says Dr Hawkey.

This is because the longer chop length can lead to sorting by the cows. He recommends using a Penn State Particle Separator to work out the correct forage particle length in the ration and to calculate the peNDF.

This measure combines the neutral detergent fibre (NDF) composition of the ration and its physical particle size.

The TMR should be assessed for peNDF, as often less straw or wholecrop is needed in the ration, he says.

And because the starch from the maize grain may be more readily available, levels of starch and rumen fermentable carbohydrate, and acid loading, need to be balanced.

“You can’t just replace maize with shredlage. The ration must be reassessed,” Dr Hawkey says

Although shredlage won’t suit all systems, Dr Hawkey reckons it is an option worthy of consideration.

“Maize is an expensive crop to grow,” he says. “Anything you can do to improve its efficiency has got to be worth considering.”