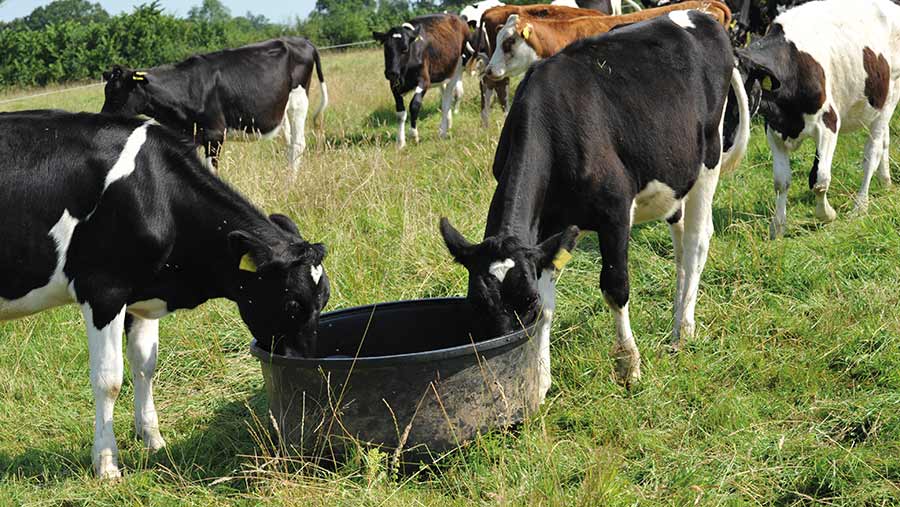 Using cattle as a tool, Sam Vincent has improved pasture diversity and soil health and resilience.

He has mostly achieved this by adapting the grazing management at Rookery Farm near Sherborne to mob grazing.

The 100-cow milking herd grazes cells, set up temporarily within a field. For example, a 3ha (7.5 acre) paddock is divided into 10 cells and grazed over five days in 12-hour breaks.

A similar system is operated with the youngstock.

Mr Vincent, who farms with his father David, started using regenerative farming techniques in 2017, the year before the farm was converted to organic production.

He had been paddock-grazing and he doesn’t dismiss that system, but he says it didn’t fit what he describes as “nature’s image”.

“It was profitable, we were getting good yields from forage, and it was quite relaxed. “But the grass looked like a lawn, it was nitrogen-hungry, and the soil had poor moisture retention.”

Mr Vincent gleaned knowledge on regenerative agriculture from books written by experts on the subject and this gave him the confidence to implement change.

He made the main adjustment in how the farm was grazed because reseeding with multi-species leys was not in his plan. 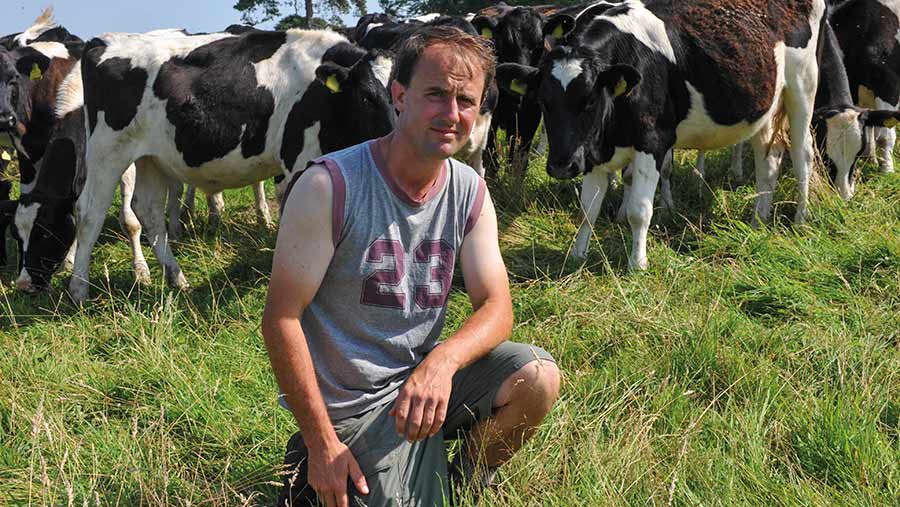 “Our soils are clay-based, and a lot of the herbal ley mixes would struggle here. Many plants do well here, though – sorrel, timothy, fescues and foxtail – and perennial ryegrass is important too.”

High-density grazing has encouraged the persistency of white clover, an important benefit in an organic system where bagged nitrogen is not applied.

Clover at the base of the sward provides cows and youngstock with high-quality feed, while the fibre in their diet during the summer months comes from ryegrass at the seed head stage.

“It balances the diet well – we never get an issue with bloat,” he explains.

“I can sub-divide the field down to the last few metres; it is highly accurate,” he says.

The grazing rotation length varies – 30-40 days between early March turnout and mid-April, 60 days in May, rising to up to 80 days before dropping to 40-50 days from August onwards.

Another key change is that fields are no longer dedicated for grazing or silage. They are managed as one block and silage is cut when there is surplus grass.

Each field has a perimeter fence, but all the fences used to create cells within the field are temporary. That, says Mr Vincent, is an important difference between his technique and TechnoGrazing, an intensive grazing system developed in New Zealand.

He doesn’t regard setting up fences as time-consuming, as the grazing system has removed the requirement to top, roll and harrow.

“The whole point of having cattle is to get them to manage the grass and soil for you, and the same goes for weed control.”

Batt-Latch automatic gate openers are used on bungee fence openings, programmed to release at a set time to avoid cows queuing ahead of milking. This means they can come in to be milked at their own pace.

He also uses this release system for youngstock grazing to allow automatic shifts from one paddock to the next.

One of the biggest hurdles he had to overcome was water provision in each cell.

He uses 100-litre drag troughs and bought three plastic troughs, which a local engineer adapted to run off a mains supply and fitted with high flowing ball valves, too. 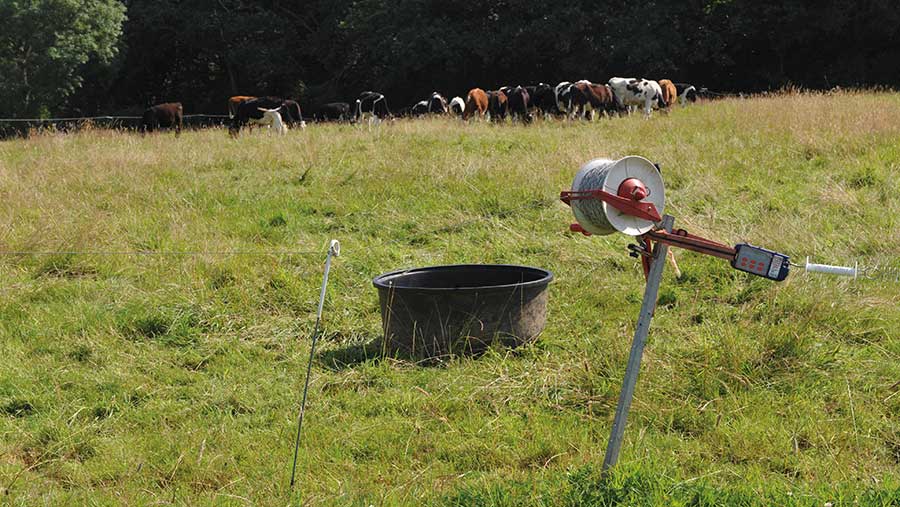 One of the most visual indicators of cow health is dung consistency.

“We no longer see really loose dung. The diet is more varied because there is more fibre as well as grass leaf.

“This keeps the cows fuller. They don’t look around for more grass and the same is true of the youngstock.’’

On top of this, Mr Vincent has noticed that parasitic wasp numbers have increased, and this keeps the fly population in check.

“For a long time, our most productive fields were the ones close to the dairy, but we are now seeing higher P and K [potassium] levels in the fields that were principally silage fields.’’

Furthermore, cow pats are quickly broken up as dung beetle populations have established.

Mr Vincent notices tell-tale holes in the surface of pats within a day of moving cattle from a cell.

When the new system was in its infancy, thatch build-up occurred, but this was temporary.

“We had an issue with thatch for 12 months or so, but after that, we saw the soil under the grass again, after the micro-organism activity kicked in.’’

And the soil is more friable. “When you put a spade in it is surprising how deep it will go,’’ Mr Vincent notes.

Earthworms are thriving too. “I am noticing fewer dead worms on the surface, something we saw when we were paddock-grazing.’’

As he continues his regenerative farming journey, he sees a big point of difference between this system and sustainable agriculture.

“Sustainable is maintaining but not necessarily improving. Regenerative means leaving the land better than you found it.”

Mr Vincent is a joint winner of the Farm Carbon Toolkit and Innovation for Agriculture 2021 Soil Farmer of the Year Award.

Sam Vincent’s tips for getting started in regenerative agriculture