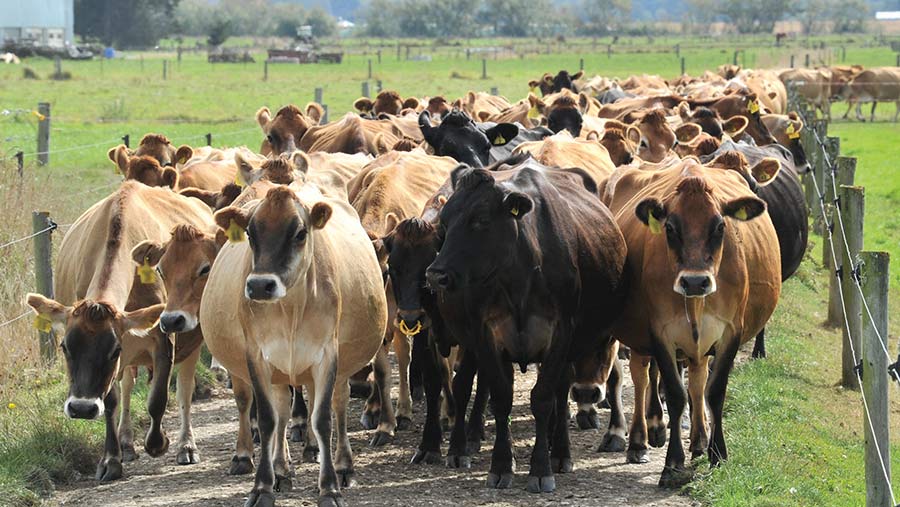 Gregor and Lynne Ramsay credit share-milking with allowing them to get a foot firmly in the dairying door.

Born and raised in the small rural village of Biggar, Lanarkshire, Mr Ramsay says a career in farming was always on the agenda, despite his non-farming background.

After studying agriculture and business management at Aberdeen University and working as a herd manager at a local dairy farm, he travelled to New Zealand in 2010 for a working holiday and fell in love with the country. 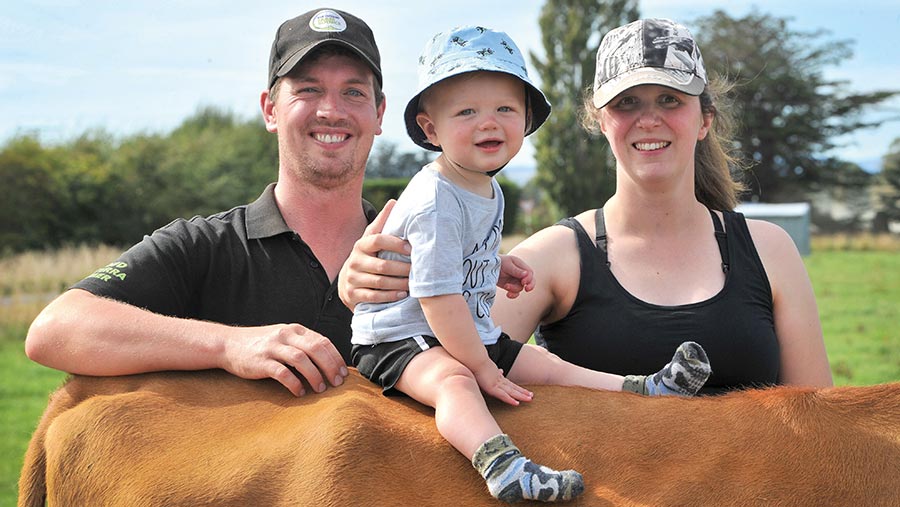 He returned home, but the pull of New Zealand was too great, so he and his then-girlfriend, Lynne, moved to South Island in 2015, where they both found jobs on dairy farms.

Mr Ramsay says: “I was working as a farm manager on a 250-cow farm in Southland, but an opportunity came up to join Fonterra [the country’s biggest milk processor] and I ended up becoming the area manager for Otago, which helped broaden my knowledge and experience across the whole sector.”

The couple say the goal was to always have their own herd, and after marrying in 2018 and receiving their official New Zealand residency permits a year later – a pivotal requirement for being able to borrow money from the bank – they began looking for opportunities.

The one they chose was a 50/50 share-milking venture with the Wilson family on a farm on the Taieri Plains, just outside of Dunedin in South Otago, where they milk 140 Jersey cows on a 40ha (99 acre) grazing platform, with 20ha (49 acres) of support land.

Costs and profits are split between the two parties (see table “Income and expenditure split”). The Wilson family owns the land, while the Ramsays own the cows and machinery.

The couple initially bought stock from a nearby dispersal herd, selecting cows based on health, fertility and quality.

“We chose Jerseys for their milk production efficiency, the value of fat, and the saleable bull calf value,” says Mr Ramsay.

The couple also had to source machinery and equipment and run a very basic fleet consisting of a Massey Ferguson 5455 with a loader, a silage wagon, a mower and two quad bikes.

They also invested in calf rearing equipment and fencing supplies.

Last season, the farm averaged 452kg milk solids (MS) a cow (above the New Zealand average of 385kg) and average fat and protein percentages were 5.27% and 4.06%, respectively.

Keeping costs low is key to achieving good profits. Less is more when it comes to technology, and the cows are milked in a 14-a-side herringbone parlour.

In true New Zealand style, the ethos is to get as much milk as possible from grass. The cows are outside all year round and are outwintered on kale and silage bales.

In the milking season, cows are fed a diet of grass, silage, rolled barley and brewers’ grain, fed out in the paddock.

The stocking rate runs at 3.5 cows a hectare (1.4 cows an acre), with the whole herd run as one mob and youngstock grazed on the support block.

The small scale of the business means it is just Mr and Mrs Ramsay labour-wise – although Mrs Ramsay is currently on maternity leave after giving birth to their second son, Hamish.

Mr Ramsay says the low cost of production of the share-milking model makes entry into the country’s dairy industry much easier.

“This gives New Zealand a competitive advantage globally, but also allows the next generation to get on the ladder, with limited capital requirements.”

Despite the many advantages of the system, fluctuations in global markets present a big challenge, he adds. “With share-milking, you want to be getting as big a milk cheque as possible to ensure profitability. However, in New Zealand, 95% of milk products are exported, which means prices can be very volatile.

“Thankfully, the price has been relatively stable for the past three years and also at a reasonable level.”

The family are in the final year of their current share-milking contract and are considering the next step. They would like to increase their herd size to about 250.

Mr Ramsay says share-milking would be possible in the UK, but warns that it needs real support from everyone involved to ensure it remains profitable.

“One area where share-milking can be beneficial is succession planning. It allows for a clear and defined pathway for the relinquishing of responsibility and assets from the farm owners to the share-milker, with the eventual goal of the share-milker having the desired equity and performance history to purchase the farm. 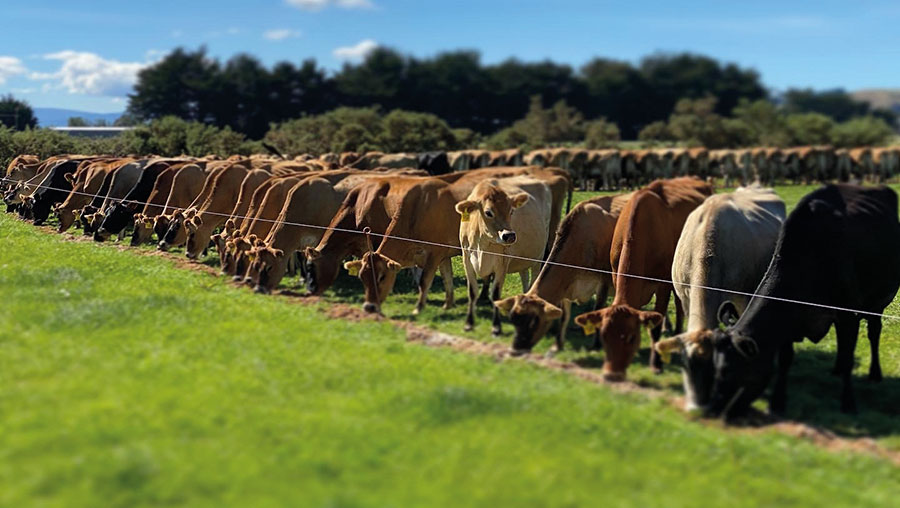 “Share-milking is rather like a marriage. It takes both parties to make it work and this is achieved through good communication, alignment of goals and respect.

“Both parties have significant investment involved, and as such should be striving for the best returns.

“The share-milking system is well developed in New Zealand and has been the pathway to success for many to realise their dreams and ambitions.”

Keep up with the Ramsays’ progress on Instagram @Ramsay_Dairies