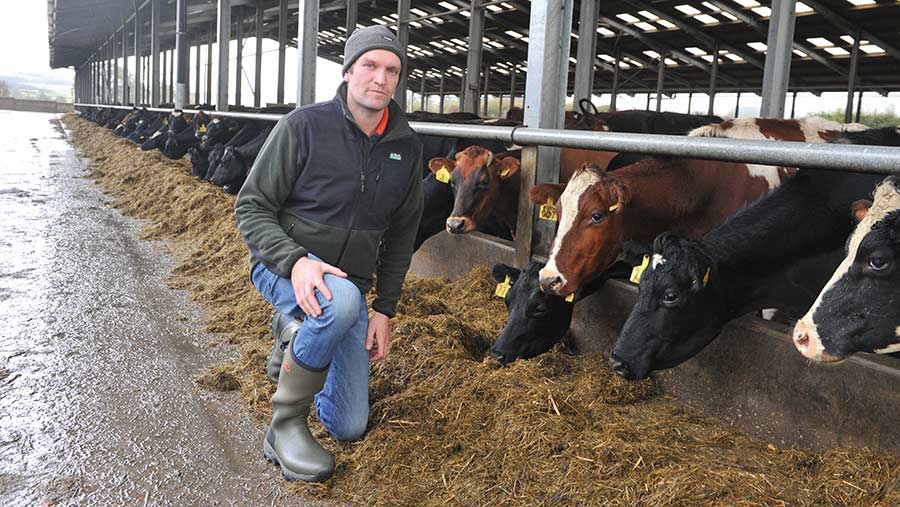 Just like his parents and grandparents before him, Nick Davis farmed beef and sheep on Esgairdraenllwyn, an upland holding rising to 430m at its highest point.

But diminishing returns and a desire to take the farm in a different direction from the systems run by previous generations drove a conversion to dairying in 2015.

“A lot of people said it couldn’t be done on this farm and that was another reason for driving forward with the change – the challenge of proving that it could be done and done profitably,” Mr Davis recalls.

To inform that change, he visited dairy farms running the grazing systems he aspired to replicate at Esgairdraenllwyn and spent time with people who had a similar mindset.

“I had no interest in a high-input system on this farm – I firmly believe cows should be out grazing grass.”

A 50-point rotary parlour was installed along with associated infrastructure, including housing. Even with the mindset of a grazing farmer he recognised that a farm that has only four frost-free months a year, an annual rainfall of 1,525mm, and clay soils, has its limitations.

The farm, near Llandrindod Wells, Powys, was stocked with cows and heifers sourced from other parts of Wales and Ireland and the business is now milking 485 New Zealand-Friesian cross-breds.

Securing a milk contract was a pinch point. Initially milk was sold to a Nantwich cheesemaker and the farm paid for haulage.

That situation drove them to create a very tight calving pattern – calving gets under way on 10 March and half the herd calves in the first eight days.

“We need to calve the herd quickly and efficiently because we pay the same transport charge whether the tanker is collecting 3,000 litres or 28,000,” Mr Davis explains.

The farm now supplies its milk to Yew Tree Dairy.

Some 90% of the grazing platform has been reseeded since the conversion, to achieve the goal of producing milk from grass.

The biggest limiting factor to grass production is low night-time temperatures, but the philosophy that Mr Davis applies to every area of the business, of “massive attention to detail”, has resulted in a concentrate intake of just 1t a cow.

“We have a very good member of staff who manages the grass and the grazing properly,” he says.

Cow efficiency is important, too – 1kg of milk solids is produced for every kilo of bodyweight from cows averaging 475kg.

The farm started producing milk at the height of the milk price crash but, as Mr Davis points out: “You have to play the long game.

“We were haemorrhaging money every day, but once you are in that deep you have to keep going or you will drown.”

Milk production, he says, is better for the business financially, and for the farm, because it generates an income to fund investment and improvements, but it does require a huge amount of commitment and time.

Advice on switching from beef to milk 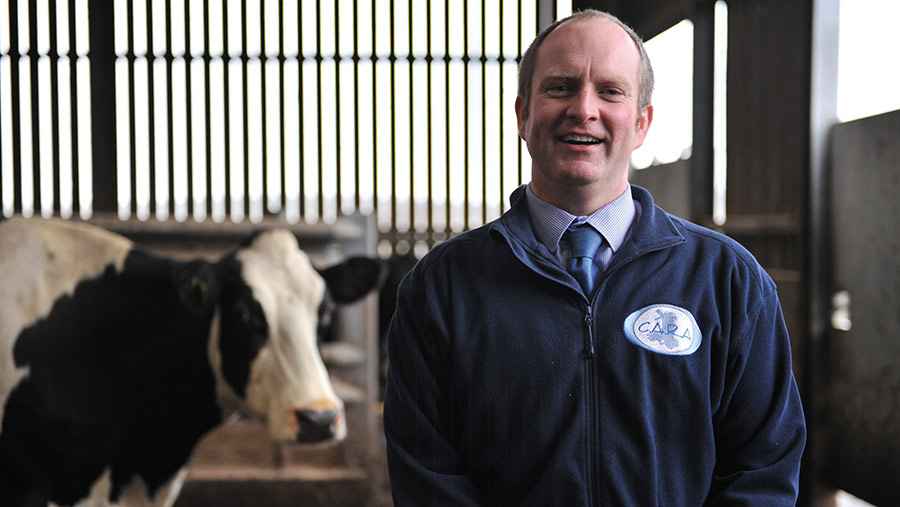 The new business can’t operate without a milk buyer, so securing a milk contract or an offer of one is a top priority.

In the current environment there is no guarantee that a processor will want your milk. We have had situations where clients had planned to establish a block calving system, but the only contracts available were for a level supply profile or for a split block system.

There are still opportunities though, and some dairies are actively recruiting.

Many will want to see cows grazing for a proportion of the year, and the distance of the farm from the factory is another consideration for them.

If you are offered the opportunity to join a co-operative you will need to consider if you want to join as a member and invest some money, or as a non-member.

2. Speak to your bank manager

They will want to see a history of a reasonable business generating a reasonable profit; your plan may involve a change of enterprise, but if you were not profitable in your previous undertaking, you might struggle to get funding because banks generally want to back winners.

The level of risk the bank is taking and the reward it will get will dictate the interest rates you will be asked to pay.

The bank will expect a business plan, and usually a professionally prepared one, because they like to put an independent professional between the farm and the bank.

Go and see as many different producers and systems as possible.

Look at milking parlours – some farmers will specify that they want a robot, a herringbone, or a rotary, but have never set foot in one.

Volunteer to do a couple of milkings in a system similar to the one you are considering – you are going to be in the parlour for years so make sure you like it. You wouldn’t buy a car without test-driving it, so don’t buy a parlour without milking in it.

Is it a want or a need? Do I really need those fancy feeders in the parlour and are they going to add something to the business?

I know farmers who have converted to dairying and regretted it. If they have spent £250,000 on a parlour, it will only be worth a fraction of that if they change their mind and want to get out of milk.

5. Consider the availability of labour

Many farmers assume they will get labour and then find it difficult to recruit.

Get a measure of the situation locally by speaking to other farmers, local colleges and job centres.

6. Question whether you can make a success of the new business

A good farmer can turn around most things – we could move farmers from the top 25% performing dairy farms to the bottom 25%, and within two or three years they will have turned that business around.

Nine times out of 10 the stocking rate is the limiting factor on how much milk a business is going to be able to produce, so familiarise yourself with the rules for your region and do your sums.