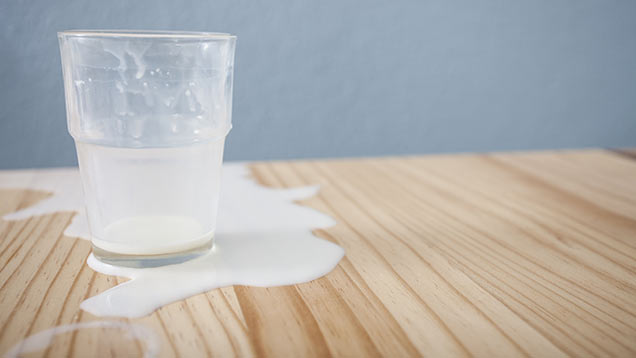 The Dairy Council has distanced itself from calls by the Royal Association of British Dairy Farmers (RABDF) for a £1m project to highlight the health benefits of milk.

The RABDF wants up to 15% of AHDB Dairy’s £7.68m annual budget diverted to the Dairy Council.

It says the money should be spent on research highlighting the health benefits of milk and persuading consumers to pay a “realistic” price for their daily pint.

Diverting £1.15m of levy payer funding would make a significant difference to the Dairy Council’s budget, said RABDF chairman Ian Macalpine on the opening day of the Livestock Event at the Birmingham NEC on Wednesday (8 July).

Milk was one of the most nutritionally complete foods available, Mr Macalpine told reporters.

Yet the government was trying to persuade domestic consumers to drink less of it – despite Defra’s own drive to promote dairy exports.

“The Department of Health continues to openly state that dairy products pose health dangers in terms of saturated fat and salt,” he said.

“I firmly believe we have to arrest government’s current take on not being happy about its own population consuming dairy.”

The Dairy Council is a subsidiary of Dairy UK, which distanced itself from Mr Macalpine’s comments.

Dairy UK chief executive Judith Bryans said she knew nothing about the RABDF proposal until the association issued a press release on the eve of the Livestock Event.

“Having the Dairy Council pulled into the heart of a political or price debate without our consent was a surprise.”
Judith Bryans, Dairy UK

“Having the Dairy Council pulled into the heart of a political or price debate without our consent was a surprise,” said Dr Bryans.

“Dairy UK and The Dairy Council have been working closely with AHDB Dairy for a long time and we enjoy a productive and constructive relationship with them.”

AHDB Dairy said it too was surprised at the RABDF call for levy money to be diverted to the Dairy Council.

But the levy board was already working closely with Dairy UK and the Dairy Council on the issue.

Mr Jones said: “All agree [that] having a collaborative approach to projects, a positive image of dairy and dairy farming and investment in programmes and research, which promote the health benefits of dairy in the diet, are in everyone’s best interests.”

It aimed to translate the latest science on the health benefits of milk and dairy products into useful information and communicate it to dieticians, nutritionists and other health professionals.

In addition, AHDB Dairy had committed a further £200,000 in funding over two years to a collaborative project with the Dairy Council to evaluate the environmental, nutritional and value for money benefits of including dairy in the British diet, he said.