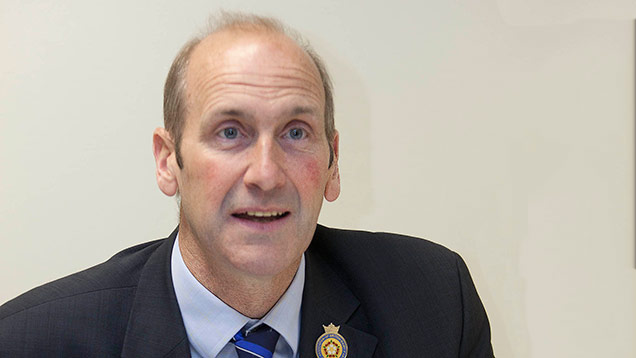 Dairy farmers have called for a £1m project to highlight the health benefits of milk and persuade consumers to pay a “realistic” price for their daily pint.

The Royal Association of British Dairy Farmers said the project should be funded with levy money diverted from AHDB Dairy and invested in what it called product protection and consumer education.

Doing so would help enhance the domestic marketplace and introduce a realistic retail price for milk rather than one based on commodity, it said.

“Only when we have persuaded consumers that dairy products are beneficial to their diet can we expect them to buy British and pay a realistic price.”
Ian Macalpine, RABDF chairman

Up to 15% of AHDB Dairy’s £7.68m annual budget should be diverted and the money transferred to the Dairy Council, said RABDF chairman Ian Macalpine on Wednesday (8 July).

An extra £1.15m of levy funding would make a significant difference to the Dairy Council’s budget, Mr Macalpine told reporters on the opening day of the Livestock Event at the Birmingham NEC.

Currently, the Dairy Council received just over £200,000 from AHDB Dairy, he said.

“Diverting will enable the organisation to provide sound scientific evidence on the benefits of dairy to UK consumers as a high-quality, high-value nutritional product at a time when the government has no coherent policy on promoting milk and dairy products.”

Mr Macalpine said he believed the Dairy Council was better placed than AHDB Dairy to conduct this sort of research on milk.

Milk was one of the most nutritionally complete foods available, he added.

Yet the government was trying to persuade domestic consumers to drink less of it – despite Defra’s own drive to promote dairy exports.

“In spite of all modern scientific evidence, the Department of Health continues to openly state that dairy products pose health dangers in terms of saturated fat and salt,” said Mr Macalpine.

“While now is not the right time for generic promotion, I firmly believe we have to arrest government’s current take on not being happy about its own population consuming dairy.”

Farmers needed to provide the Department of Health and MPs with more information and scientific evidence to develop a coherent dairy strategy, said Mr Macalpine.

“Only when we have persuaded consumers that dairy products are beneficial to their diet can we expect them to buy British and pay a realistic price which reflects their domestic market value, not their commodity status.

“In turn, that realistic price should provide fair remuneration for all concerned in the supply chain.”