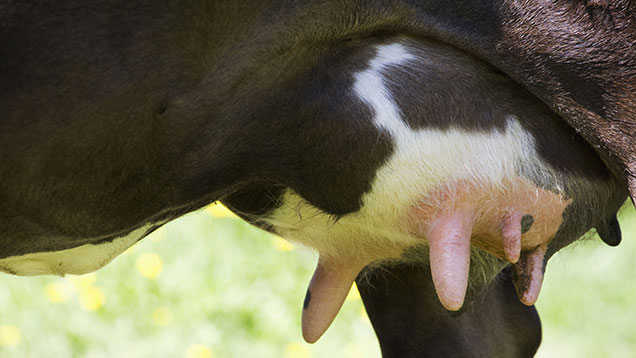 Cows that have mastitis are less likely to get in-calf, findings from a study have revealed.

Boehringer Ingelheim has just completed a two-year study looking into the link between mastitis and fertility and the efficacy of different treatments.

More than 500 cows were involved in the trial, across 10 farms in five different countries, including the UK.

The link between mastitis and fertility

What previous studies have shown:

“Mastitis and fertility are two of the biggest issues affecting dairy farmers.

:There’s more and more evidence that shows a link between the two.”

Mr Yarnall said if a cow is off-colour, it reduces feed intakes and increases her body temperature, which lowers fertility levels.

He added: “At subclinical levels there are chemicals floating around that will affect the ovaries and will reduce the likelihood of eggs being realised in a timely manner.”

Mr Yarnall said using an anti-inflammatory could help mitigate these effects by providing the cow with pain relief.

Full results from the study are expected to be released in September, when information on the efficacy of the two treatments will also be available.

Read more from the Livestock Event 2015