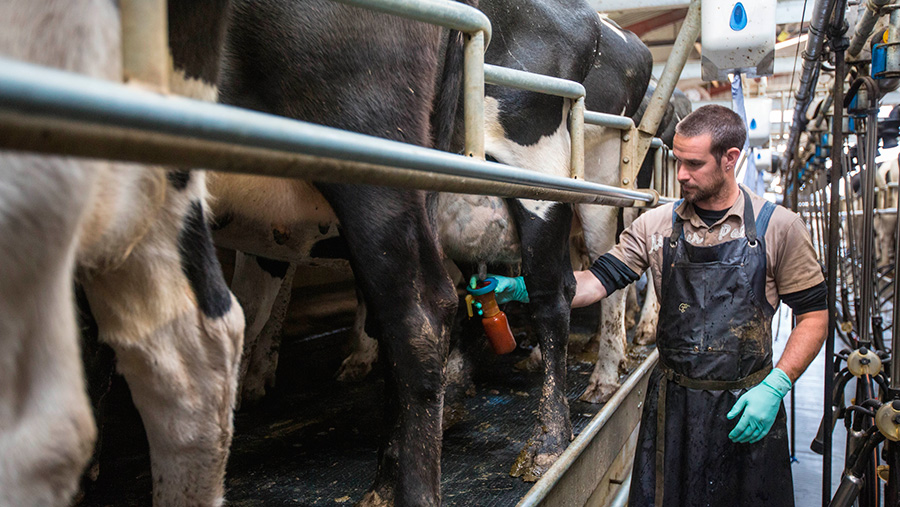 About two-thirds of National Milk Records (NMR) milk-recorded herds are missing out on better mastitis control because farmers are not recording clinical cases in their monthly milk records.

These records are important to help identify cows eligible to receive a teat sealant and no antibiotics at drying off.

More farmers are under pressure to to adopt selective dry cow therapy and this information is essential to do so.

Cows appropriate for SDCT will not have had a somatic cell count (SCC) of more than 200,000 cells/ml in the past three recordings and no cases of clinical mastitis.

However, only 30-40% of NMR customers were recording clinical mastitis cases properly, which meant they did not have all the tools to make an informed decision.

Nicci Chamberlin from NMR said: “Mastitis cases help build a picture of what’s going on. SCC is only done on the day of recording, so a mastitis case could have happened in between recordings.”

This meant it may appear appropriate to give a cow teat sealant alone based on SCC records, but she may not actually be eligible.

Ms Chamberlin said, if requested, all milk recorders could easily gather clinical mastitis case incidence on the day of milk recording by looking at farm paper or electronic records, which farmers have to keep for farm assurance.

“We encourage farmers to give information on clinical mastitis. The more you provide us with the more you get out,” she added.

He stressed there was more scope for farmers to generally make better use of their milk recording data by tapping into free online resources available through individual milk recording companies.

Herd management software could also be used on farm or via a vet or adviser to produce useful on-farm reports and action lists on fertility, SCC, health and nutrition.

For example, if clinical mastitis rates were recorded, they could be incorporated into a mastitis report to advise on farm-specific actions.

This could highlight mastitis cases occurring in the first 30 days of lactation, which were likely to have originated in the dry period.

“I can’t find that unless I have clinical mastitis data. It’s about making their records more useful,” added Mr Watts.

All herds who got their milk tested through NMR could also get basic results on herd cell count patterns.

The percentage of cows going into the dry period with a low SCC and coming out high was a useful parameter as a high percentage suggested cows were getting infected in the dry period and management needed to be addressed.

Mr Watts added: “The data is there – if you’re spending the money to record and getting the data, you might as well use it.”