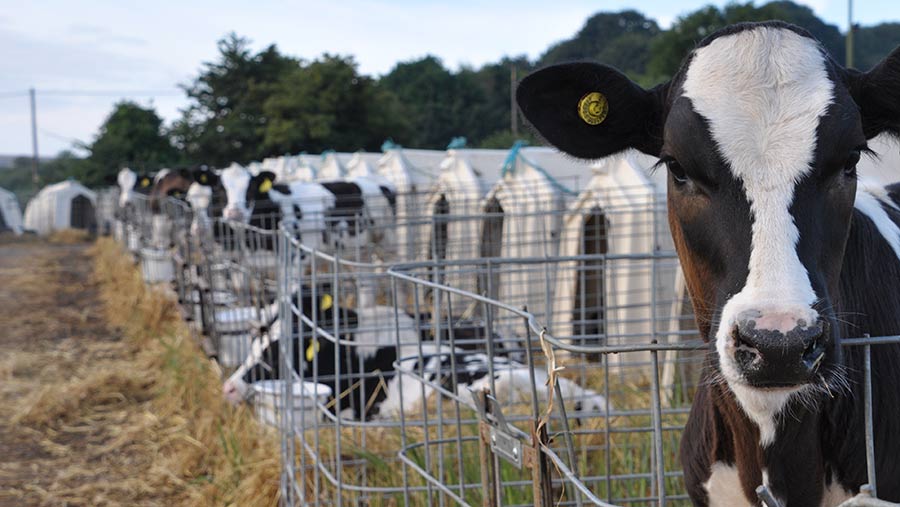 Supermarket Marks & Spencer has said it will stand by one of its dairy suppliers after a series of media articles wrongly accused the farmer of cruelty.

The retailer issued a strongly worded statement which stated no animal’s well-being had been compromised on the farm and reinforced its solidarity with UK agriculture and dairy farming, adding this was not the time for knee-jerk reactions.

JF Cobb & Sons, who farm near Dorchester had been accused by charity, Animal Equality UK on Tuesday (28 March) of mistreating calves, which were housed in rows of pens.

The story was seized on by national newspapers, which ran headlines describing condition the calves were being kept in as “shocking” and “heartbreaking”.

The Guardian went as far as to publish an article entitled Dairy is scary: the public are waking up to the darkest part of farming, which made a host of misleading and false claims about the dairy industry.

But, the supermarket, which buys 136,000 litres of milk a week from Mr Cobb, said it immediately inspected the calves on the Grange Dairy site and found there was no distress among any of the animals.

It has also asked the RSPCA to inspect all 40 of its dairy farms.

Following a full inspection of the site, Dorset County Council trading standards department also agreed there was no evidence of any breaches of welfare requirements.

M&S was very clear that any calves over eight weeks of age should not be housed in hutches, but in this instance it had been one mistake by a trusted supplier.

Some of the calves in hutches were believed to be slightly over this age contravening the law, but spot audits confirmed this did lead to concerns over animal welfare.

“If a trusted supplier makes a mistake, we believe it is right to stick with them, help them to rectify the issues and, in turn, make them a more robust business.” said the retailer.

The supermarket added: “Severing links with suppliers can devastate communities and industries.

“That is not the way we do business.”

The statement added: “Farming is a complex business that relies on a delicate financial and moral equilibrium between farmers, retailers and consumers.

“This is a reality of modern business. If this balance occasionally and unwittingly tilts in the wrong direction, it is our duty as one of the UK’s biggest retailers to help put this right.

“But there is a wider issue at play.

“British farming is in a precarious position. The number of dairy producers in England and Wales has fallen dramatically and yet the UK dairy industry accounts for around 18% of UK agricultural production by value.

“As a British retailer, it is right that we support this vital sector.

“We stand by our farmers and we stand by British farming. When mistakes are made, we deal with them; we don’t shirk from our responsibilities.

“Because ultimately, we believe that working together with our suppliers for the long term is for the greater good and drives better results. 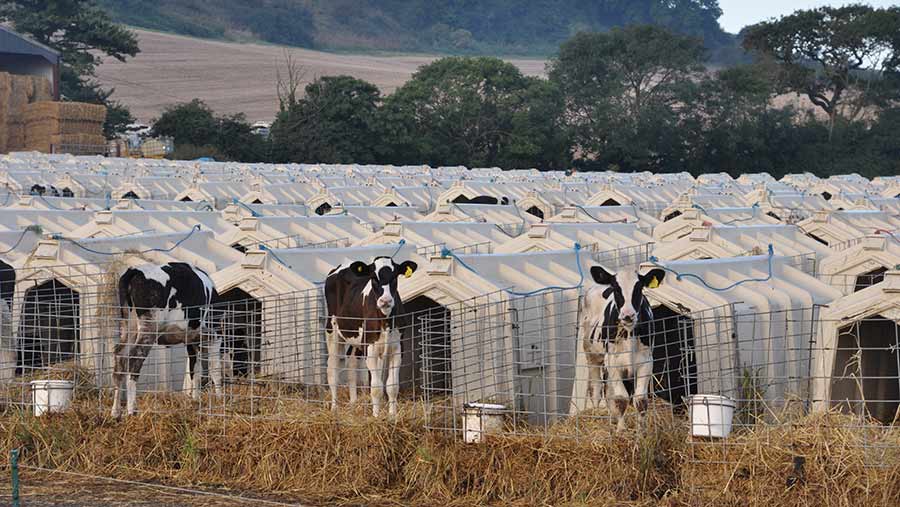 JF Cobb & Sons has been subject to media and public vitriol since the story broke on Tuesday (28 March), despite acceptance by regulatory bodies and experts that there were no animal welfare issues.

Farming is complex business that relies on a delicate financial and moral equilibrium between farmers, retailers and consumers Marks & Spencer statement

Mr Cobbs expressed his disappointment at how the situation had unfolded.

“As a family farming business, we care passionately about our livestock and all our energy is focused on keeping our cattle comfortable and healthy.

“We work closely with vets and industry welfare experts to establish the best approach to looking after our animals and our health and welfare performance is industry leading.

“Our animals are under close veterinary supervision and there is no suggestion that the health and welfare of our animals has been compromised.”

Marks & Spencer’s full statement can be viewed on its website