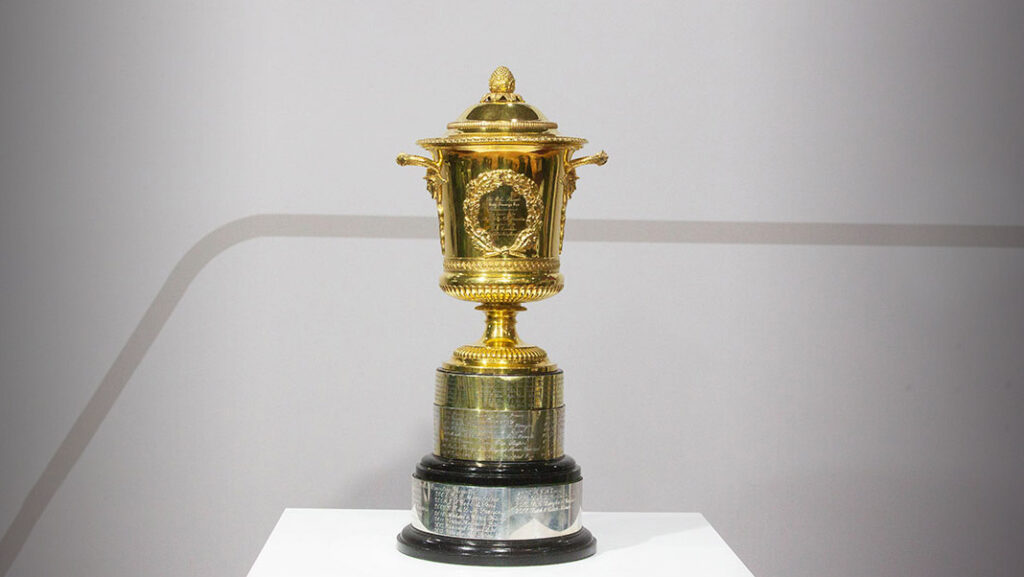 Six finalists are in the running for the 100th Gold Cup. Sponsored by the Royal Association of British Dairy Farmers (RABDF) and National Milk Records (NMR), the competition recognises excellence and efficiency in the dairy industry.

The finalists reflect the wide range of systems used across the sector, with spring and all-year-round calving, robotic and parlour milking, organic and conventional production, and grazing and housed herds.

The winner will be announced as part of Dairy-Tech Online, which runs from 3-17 February.

The six finalists are:

Joe Ives was winner of the 2019 Chris May Memorial Cup, given to the UK herd with the highest average lifetime daily yield.

While Mr Ives, who farms in a family partnership, oversees all aspects of the dairy herd, each member of the team – including herd manager Sally Bowden, herdsman Ric Mariano and breeding and youngstock manager Lilian Love – is equally important to overall performance. 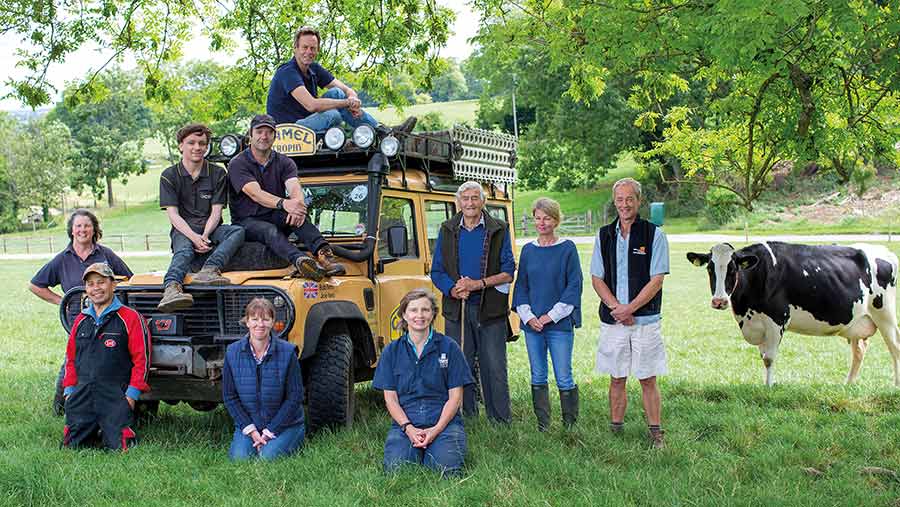 Four Lely robots were installed a year ago, which better suit the high-yielding herd and have helped udder health. “We can identify potential mastitis much earlier and treat with Uddermint, for example, rather than antibiotics,” he says.

Breeding is focused on high type, good body capacity without large stature, and excellent health traits. A mating programme and genomic testing ensure cows and heifers are matched to the most suitable sires. 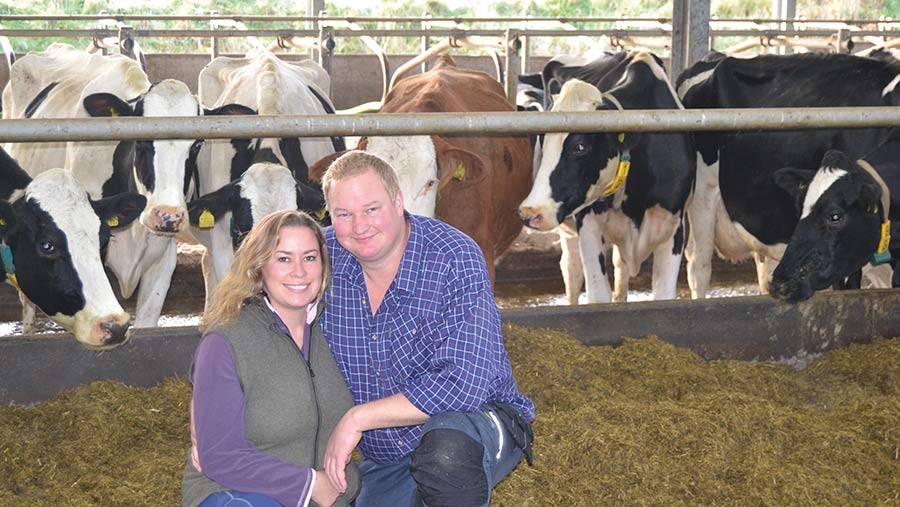 Mike Sainsbury runs “a simple animal- and people-friendly system” with his wife, Amanda, and his elder brother, Luke, as well as a team of full- and part-time staff.

Top priorities for their organic herd are welfare, health and productivity. “We believe in long-term investment, not short-term fixes,” says Mr Sainsbury.

More than 60% of average yield is produced from forage. Clover-rich grass leys provide a high-quality grazing sward, and herbs help with drought tolerance and palatability. In winter, clover and lucerne silages, and pea and barley whole crops, are used in the partial total mixed ration (TMR).

The cow house has sand-bedded mattresses, rubber standings at the feed barrier and resin coatings on the feed floor. A Lely robot pushes the ration up every hour, and LED lighting and cow brushes have been fitted. 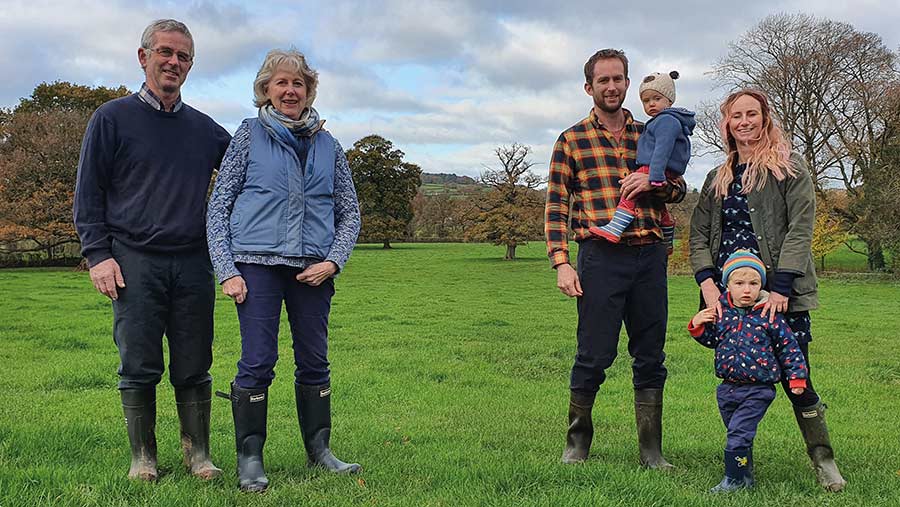 Jonathan Gibbins didn’t set out in dairying with organic production in mind, but now he is managing the herd this way and he says he is really enjoying the challenges and opportunities it presents.

The dairy is run in partnership with his parents, Geoff and Peggy, and a team of 10 full- and part-time staff who are “the real drivers behind the business”.

The herd was awarded Produced Without Antibiotics (PWAB) status in 2019 and milk is used by Omsco to produce organic PWAB cheese and clarified butter for the US market.

“The effect has been profound,” Mr Gibbins says. “Prevention has been pushed to the top of our priority list and we have seen a marked reduction in cases of mastitis – just six cases per 100 cows during the past 12 months, and less lameness.” 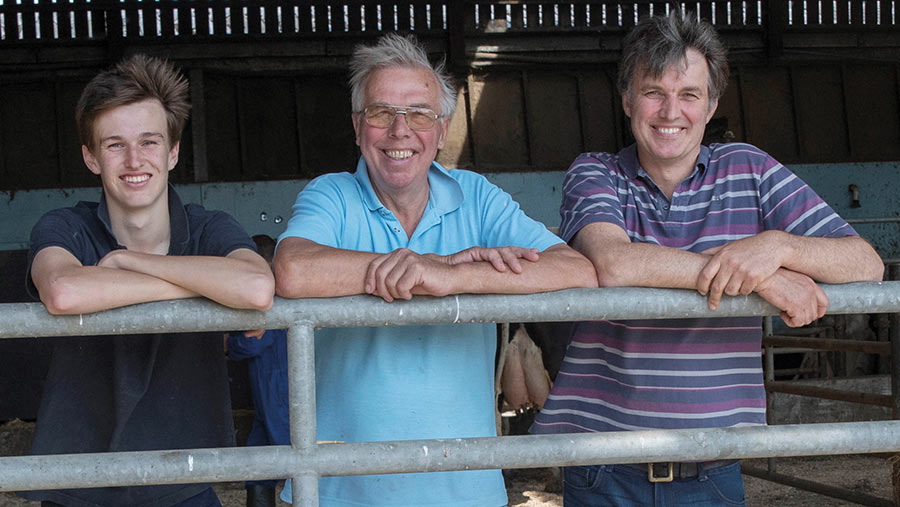 John Torrance farms with his parents, Robert and Janet, and his wife, Lucy. Their pedigree Holsteins are in the top 12 herds in the UK for profitable lifetime index (PLI).

“We focus on breeding average-sized, functional, healthy, high-producing cows,” says Mr Torrance. “We currently have 21 100-tonne cows milking in the herd. This has played a key role in improving milk production efficiency.”

Sexed semen is used on maiden heifers and the top 25% of the herd to produce replacements.

The herd is housed all year round and fed a TMR. Close attention is paid to the cow environment and parlour routine, and the CowManager early detection system helps to flag up any health issues. 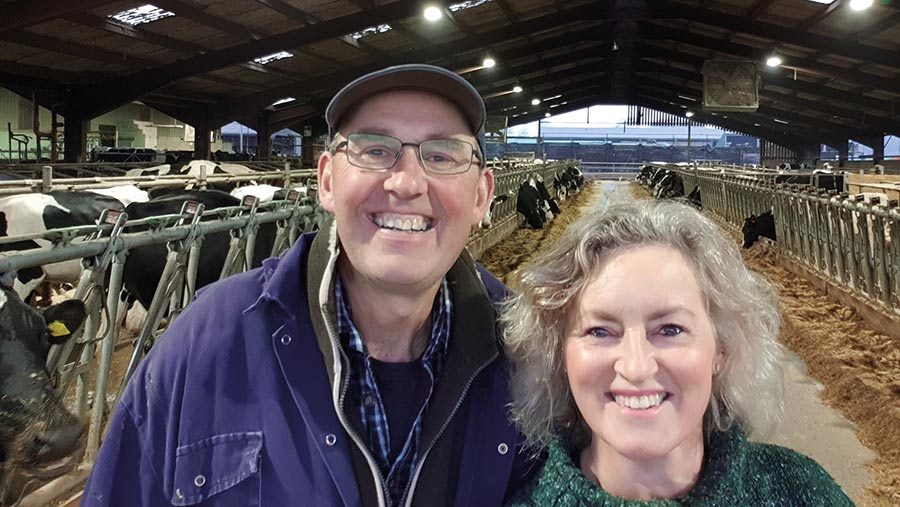 Producing a top-quality product is key to success for John and Rachel Downing, whose pedigree herd was founded by John’s late grandparents in 1919.

“We were offered one of the first direct supermarket contracts 21 years ago and we have supplied Marks & Spencer ever since,” says Mr Downing. “Achieving this relies on high standards throughout our herd management system.”

The herd is managed by Andrew Collins, who has played a key role in its progression.

Breeding is focused on producing cows that are easy to manage, thrive in a large herd and have a long and productive life. Fertility performance is helped by maintaining low levels of lameness and the use of electronic heat-detection tags. 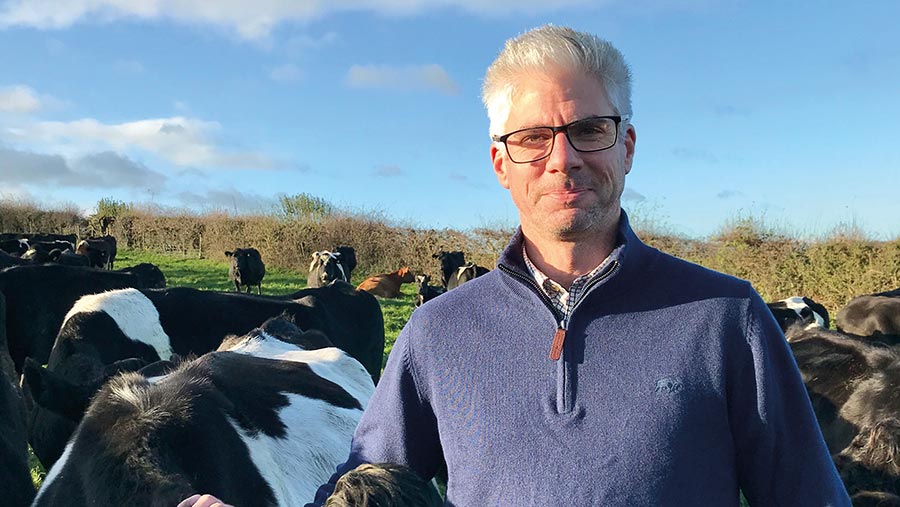 Mark Hoskins manages his herd on an all-grass system. Grass growth is measured weekly and soil and leaf tissue samples are taken regularly with help from the farm’s agronomist. Milk from forage stands at 4,257 litres, or 92.5% of total yields.

“When benchmarked against similar systems, we are always in the top 5%,” he says.

Breeding is also key to the unit’s success. Mr Hoskins says: “We AI our cows to the best grazing genetics available for the first six weeks, breeding animals with plenty of capacity for forage and that produce high fat and protein components.

“This allows us to maximise our milk contract.”

Breeding also puts high emphasis on feet, legs and udders. Bulls are run with the herd in rotation for the remaining six weeks. Black-and-white cows are bred to Jersey, and vice versa, for hybrid vigour.