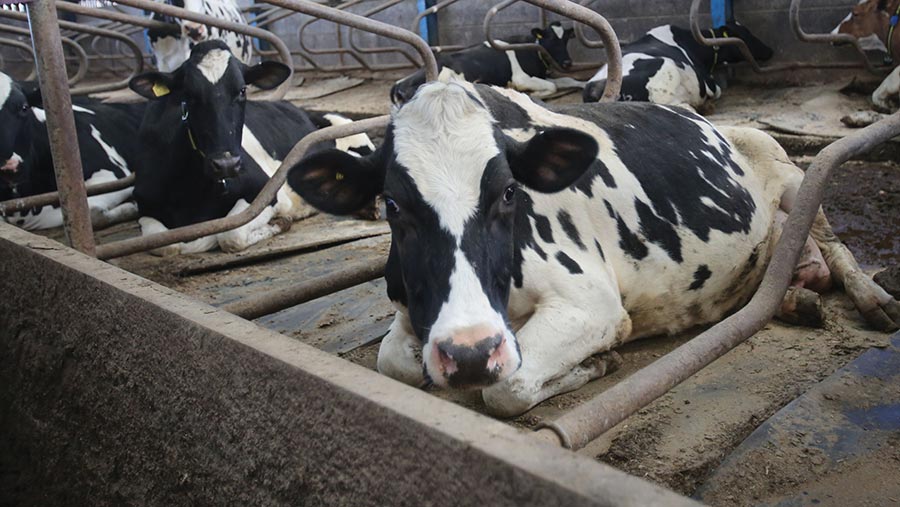 When George Allen took on the family’s Abbey Farm, in Whitchurch, last year, he was eager to put new ideas in place.

But as a young farmer without much capital, he had to make small, incremental changes that were relatively low-cost.

Many of the ideas were picked up from the time he spent doing his national diploma in agriculture at Reaseheath College and during a gap year in New Zealand, where he saw different systems in practice.

Below, he talks through what changes he has made without busting the budget and what benefits they have brought.

Mr Allen and his fiancée, Laura Tomlinson, began working with Promar consultant Alistair Johnston, who noted the cows couldn’t get in and out of the cubicles easily. This was resulting in a lot of standing cows.

Change
Moved the neck rail 10cm (4in) forward and removed sleepers in front of the bed which were restricting lunge space.

The headrail to the curb stone is now 2m, with a lunge space of 1m to allow the head and neck to rock forwards.

Benefit
Cow comfort and foot health. The effects were instant – the changes were made on Friday afternoon, and by Monday morning every cubicle had a cow in it.

This, in turn, improved foot health. Mr Allen says they don’t get as many ulcers anymore because the cows aren’t standing up for as long. 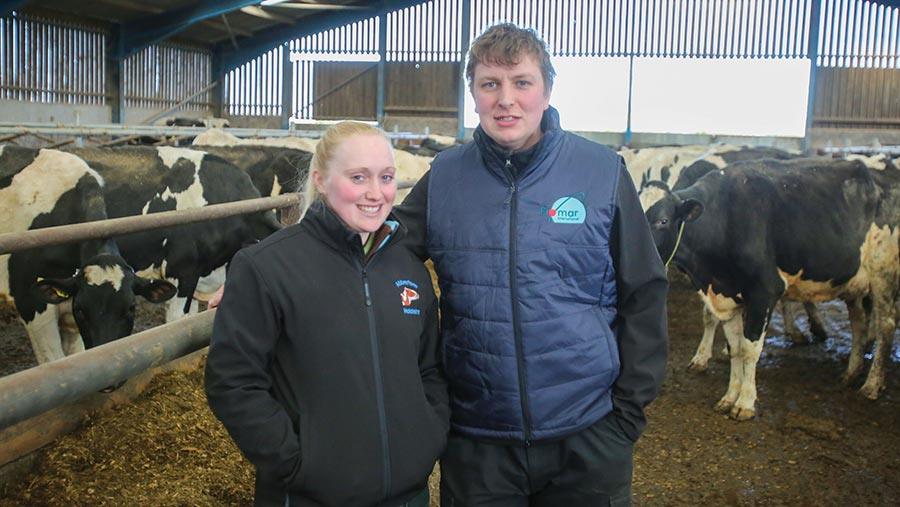 Change
To cool down the shed and help improve ventilation, Mr Allen took out four boards in each 3m bay across two cubicle sheds.

Benefit
Improved lying times and milk yield. “Combined with the adjustments to the cubicles, it was like someone had flicked a switch – everything was lying down – and we have seen a two-litre increase in yield because of the lying time,” adds Mr Allen.

Change
The farm grooved the floors in feed and water areas and changed from feeding straight silage to a total mixed ration and implemented a strict culling of problem cows.

Benefit
Improved feed intake. “It has made such a difference in the cows’ confidence; they’re more relaxed and in these danger areas they’re not scared of being knocked down by the bulling cows – it’s not slippery anymore and they’re definitely eating a lot more.” 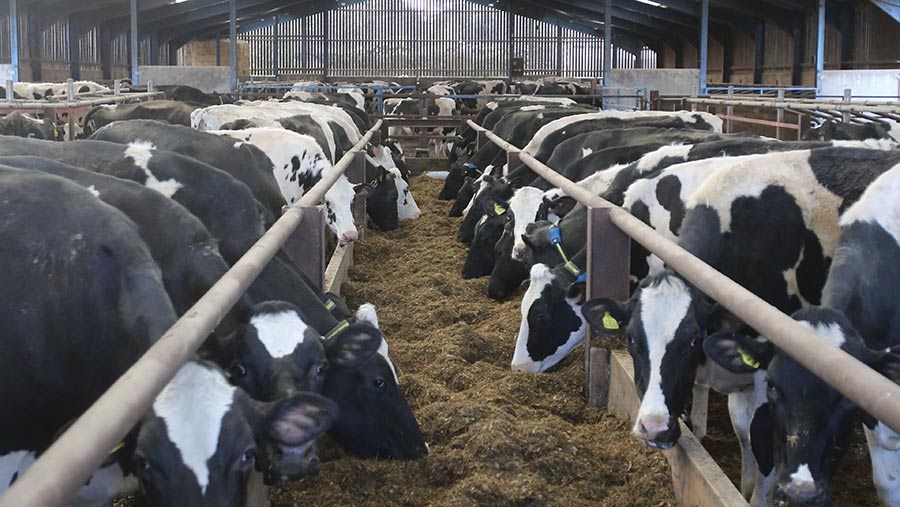 “We have to start thinking about plate metering and we’re hopefully going to put tracks in this year, using rubber from conveyor belts on top.”

Mr Allen is also hoping to install robots one day to replace the 20-year-old swingover parlour and the old, leaky shed in which it’s housed.

In addition, he plans to increase cow numbers and also reduce his replacement rate.

“It was high when I took over, because the Holstein bull produced a lot of heifers – it wasn’t doing my pedigree stock any favours, so we sold 30 heifers in September and have more to get rid of.”

Advice on making small tweaks to improve health and production

Another easy change that can be made is to lift calf beds up onto plastic pallets – which cost about £5 each. Straw can be put on top and the moisture drains through to the concrete floor, keeping the bedding drier.

In addition, smoke bombing inside buildings will reveal areas of poor ventilation or draughts, which affect lung health and loafing space, where cows can ruminate and rest after eating.

Lighting is also important. “LEDs over feeding areas are good for increasing hormone levels – they should be 200lux at 470 nanometres in the blue spectrum.”

The lighting in the shed should simulate a summer’s day. This triggers a hormone that encourages the cows to eat and increases milk flow. It is not recommended to keep the light on for a full 24 hours, as cows do need darkness, so it could be put on a timer.