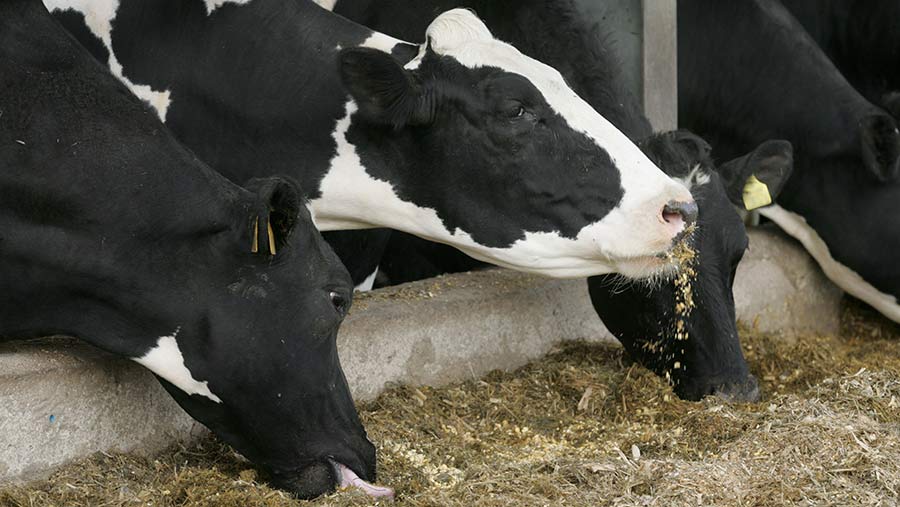 Milk buyers are taking a tough approach with suppliers who refuse to commit to Johne’s control plans by ending their contracts.

The Tesco Sustainable Dairy Group (TSDG) and Shepton Mallet-based Barber’s Farmhouse Cheesemakers have both removed farmers from their milk pool.

“We delist suppliers who don’t engage with Johne’s control, it devalues the whole process of having a plan if we don’t,” Anthony Barber told delegates attending the Action Johne’s Conference in Worcester on 7 February.

“It only works if it is done collectively, there is no point doing it if we are going to tolerate sub-standard. If you are not in you are out.”

Farmers supplying Barber’s who do engage with the control plan receive a 1.5p/litre price bonus.

Robert Smith, of the TSDG, said every supplier is required to have a control programme.

“We have removed farmers who didn’t want to test from the pool.

“Compliance is expected,” said Prof Smith, a speaker at the conference.

“We have now reached the point where all milk sold by Tesco is Johne’s tested.

“We want to get to a situation where all herds are safe to buy from.”

Both companies have their own Johne’s control plans, but nationally the dairy industry’s Action Johne’s Initiative, part-funded by AHDB Dairy, is stepping up its activity with the launch of phase two.

Farmers who commit to a control strategy will have this confirmed in a document signed by a vet accredited by the National Johne’s Management Plan (NJMP), which they can then pass on to their milk buyer.

As with the first phase of the initiative, launched in 2015, farmers would need to commit to one of six control strategies set out in the plan, ranging from testing and culling herds with a low prevalence of the disease to improving farm management to break the disease transmission from cow to calf.

A signed declaration will confirm a farm’s Johne’s risk, that the herd status has been assessed and the necessary equipment, husbandry, management information and resources for disease control put in place.

In 2018 and 2019, signed declarations will again be needed, this time confirming the farmer has reassessed risks and disease status and was correctly delivering the agreed control strategy.

Lyndon Edwards, chairman of the Action Group on Johne’s, said a signed declaration would only be issued after any deficiencies identified by the vet were rectified.

Surveillance carried out as part of the Action Johne’s Initiative found that of the 80% of herds surveyed, the majority had fewer than 5% high-risk cows, but for some the figure was as high as 20%.

“We are avoiding a prescriptive, regulatory approach by allowing farmers and vets to work together to create farm-specific plans.

“We have learned from others countries that a regulatory approach doesn’t work unless it is backed by huge amounts of money because it is expensive and unpopular.”

A list of accredited vets and further information about phase two can be found on the website of the National Action Group on Johne’s.

A chronic, debilitating and irreversible disease of ruminants caused by infection with Mycobacterium avium subspecies paratuberculosis.

How do animals become infected?

Animals are usually infected as calves with approximately 80% of infections occurring within the first month of life.

Infection is mainly, but not only, caused by ingesting faeces often from contaminated bedding, udders, teats or buckets or from colostrum or milk. Much less commonly the disease can be acquired in the womb or later in life.

Johne’s infections are almost always introduced to a herd by purchasing infected replacement breeding stock – although there are other risks of introducing the disease including importing slurry from other farms and swapping colostrum between herds.

Johne’s disease costs can rise to excess of 1-2p/litre with higher disease incidences. These costs remain for a number of years until the disease is brought under control.

With Johne’s, the major costs come from increased susceptibility to other conditions and increased forced culling and the retention of cows that should otherwise be culled. Clinical Johne’s cases are just the tip of the iceberg.

How do you test?

Testing will help determine a herd’s status. These include:

Single test (before dry off) This is a less rigorous testing programme, with just a single test performed before drying off. This result is used to segregate test positive cows at drying off into a dedicated area away from the low-risk cows.

Double test (before dry off and breeding) This increased testing provides greater sensitivity than the single test and also provides a test result pre-breeding to allow breeding decisions to be made.