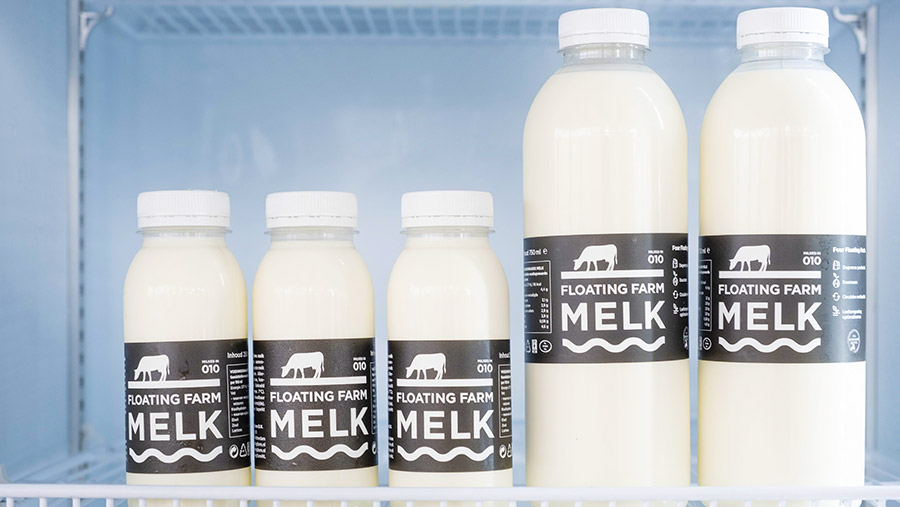 The world’s first floating dairy farm has begun producing more than 600 litres of milk a day from the centre of Rotterdam in the Netherlands.

The company’s aim was to demonstrate how an environmentally sustainable farm could be sited within a large urban population to exploit the market for its produce and minimise emissions associated with product transport.

It is also designed to show how a farm can operate with less exposure to the effects of climate change that have raised concerns over flooding, particularly among Dutch farmers. 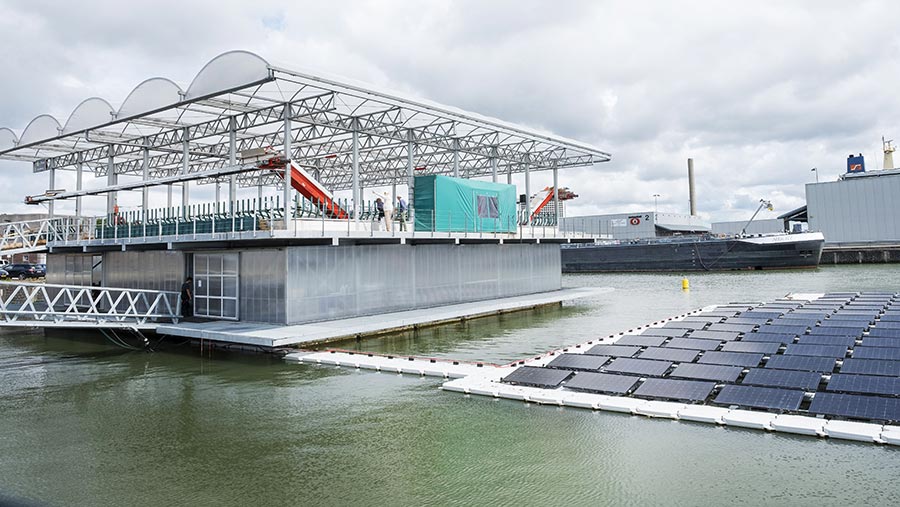 The 1,200sq m farm floats in part of the world’s busiest port and was the brainchild of Peter and Minke van Wingerden of Beladon, a company that specialises in water-borne architecture.

After a lengthy construction phase, the multi-tiered farm is now home to a herd of 32 Meusse Rhine Issel cows, which can wander back on to dry land to a neighbouring field using gangplanks. 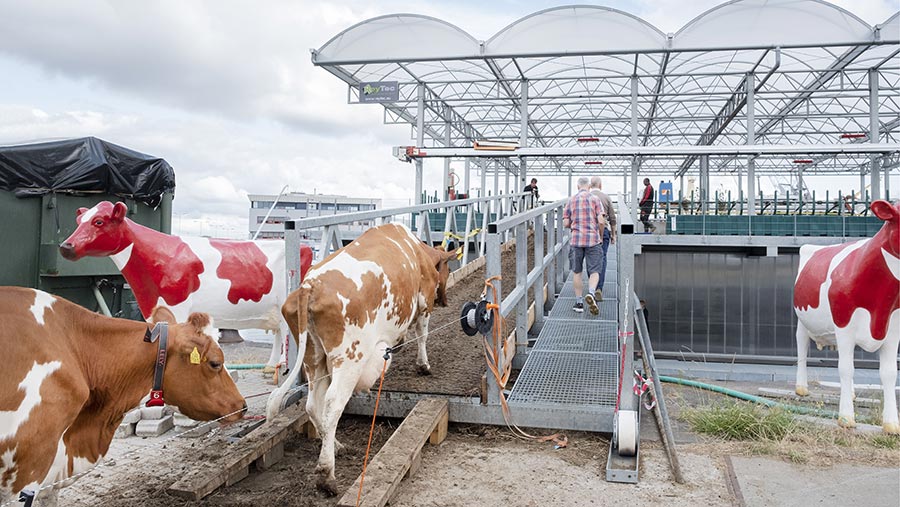 Within the building, the cows are housed in stalls on the top tier beneath a roof designed to collect rain for the farm’s fresh water.

The construction also generates all of its own electricity from an array of floating solar panels.

The tiers below the cow stalls are used to process milk into bottles or make yoghurt, mix feed, store water and handle muck.

The cows are fed on a mixture of spent grains from the city’s breweries and cut grass from nearby parkland and golf courses.

Mr van Wingerden explained that the feed sources provide 80% of the farm’s needs, with the remainder provided via a collaboration with a Dutch food-supply specialist.

The forage is collected from sites across the city using electrical vehicles with our own boxes, he told Farmers Weekly. 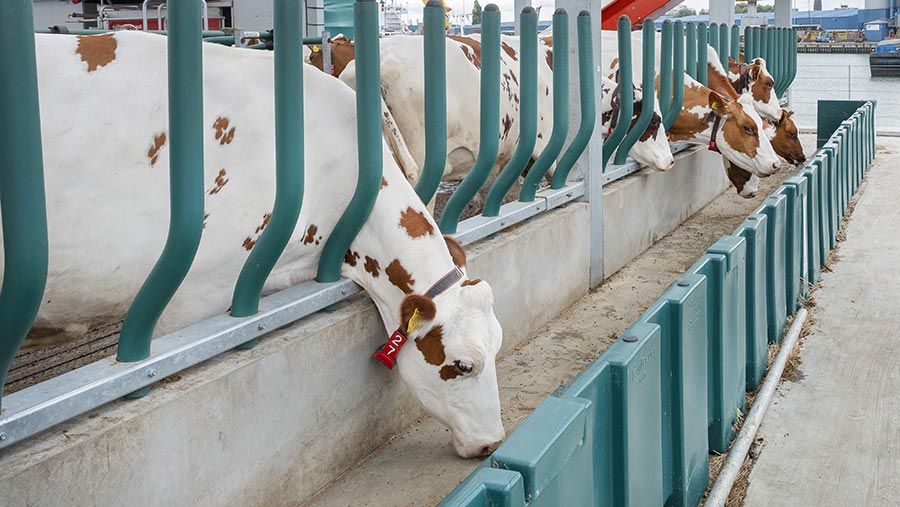 On farm, the forage is distributed from the boxes via a feedbelt, directly to the cow fences.

Originally, the venture included a tier devoted to growing forage under LED lighting.

However, it was ditched in favour of the waste grass and feed option because space was too tight to grow the amount of forage needed.

“We calculated that with the available space we have inside our floating farm, we could only produce a maximum of 15-20 % of the grass required,” said Mr van Wingerden.

One of the big concerns raised when the project was first suggested was the potential for pollution of the river water below.

But the challenge has been overcome using a processor on the site that reduces the slurry to dry fertiliser, minerals and clean water.

“We collect the manure with a manure robot, which dumps it into a funnel,” said Mr van Wingerden.

“At the end of the funnel, we compact the manure into raw solids and urine,” he added. The solids are dried and go back to the city as fertiliser for the grassland areas.

The urine portion undergoes treatment to remove the minerals, which are converted to fertiliser, while the remaining liquid is purified into clean water, which pours into the river.

The MRI cattle are milked by robot and are currently giving 20 litres a cow/day. The milk is pasteurised for bottling or homogenised and turned into yoghurt.

“All of the output is sold within Rotterdam, either directly at our shop, in restaurants or at supermarkets.

As well as the yoghurt and milk, Mr van Wingerden hopes to begin cheese production at the farm in the future. Beyond that, further dairy farms are planned.

“We are also working on a floating egg laying unit and a vegetable farm. We hope to launch these in the Netherlands next year,” he said.