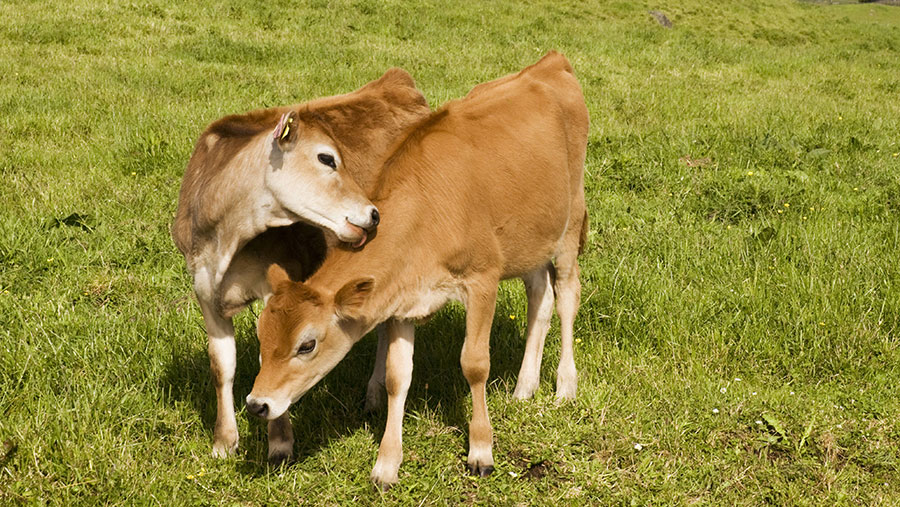 The secret to a successful share-farming agreement is finding compatible people to work with.

That was the message from New Zealand share milker Will Grayling, who built up enough capital to get into dairying by buying and leasing cows after starting out as a farm manager eight years ago.

Mr Grayling and his wife Kim originally purchased 100 cows – worth NZD2,000 each (£1,177) – to enable them to borrow enough money from the bank to invest in a 1,800-cow dairy with Jim and Sue van der Poel three years ago.

Meanwhile the van der Poels, own a 70% share in the spring-calving operation and the remaining land.

Mr Grayling says key to the partnership being so fruitful was “our visions and values align quite well making the collective stronger than the individual”.

“I think we bring the energy, skills, enthusiasm and drive to do well.

“He is keen to focus us and we bounce all the ideas off him,” Mr Grayling told delegates at the Positive Farmers Conference, Cork, last week.

Mr Grayling says once you’ve found the right partner, putting in place the correct business structure is the next crucial bit.

“It is so important to have a fair return when you are setting up a business.

“We believe our structure is definitely a win-win situation. The van der Poel’s think it is great because they are only sharing 30% of their business,” says Mr Grayling, who added that owning the equivalent of 1,000 cows means they are generating a good return on equity.

He says owning a 9% stake in the land also gave both parties confidence.

“Jim and Sue know things will always be done in the best interest of the farm and it means we are committed to the property.

“For us, we have achieved a share of equivalent to 74ha of very good quality dairying land.”

Mr Grayling believes there is more benefit to both parties by growing the business together rather than increasing their 30% share alone.

“As soon as we start increasing our shares too much Jim will lose interest. It is not sustainable and we get a lot of benefit out of him being involved.”

Key to them achieving good growth is having a robust system in place that can withstand volatility.

“The business has to be robust irrespective of the milk price.

“It is imperative to be able to operate at the low point in the payout cycles to ensure survivability and still be around to make the most of the peaks in payout,” says Mr Grayling.

The farm’s breakeven milk price is NZD4/kg ms (£2.35/kg ms) – which is based on 1,900kg ms/ha – and their cost of production is NZD3.50 (£2.06), which Mr Grayling believes is sustainable as it allows the business to make good gains in higher payout years and survive poorer ones.

Rather than paying dividends the business has reinvested profit to fast track growth.

Instead the couple is paid a wage which is used to service their debts.

In the future, the Graylings would like to increase their shareholding by growing the business so one day they can afford to buy their own farm.

And despite the fact his parents are still milking 750 cows he has no desire to return home to the family dairy and said UK farmers’ sons and daughters need to become less attached to their homestead.

“Our family legacy is about succeeding not being part of the farm. Home is not big enough to sustain us and [sometimes] the best thing farmers can do is loose the family farm and get one twice as big.”