The best of UK dairy genetics went head to head on Saturday (11 March), when 360 dairy cattle competed in 67 classes at UK Dairy Expo in Carlisle.

This is the sixth year running he event has taken place, which draws audiences from across the UK, as well as international judges from Canada and America. 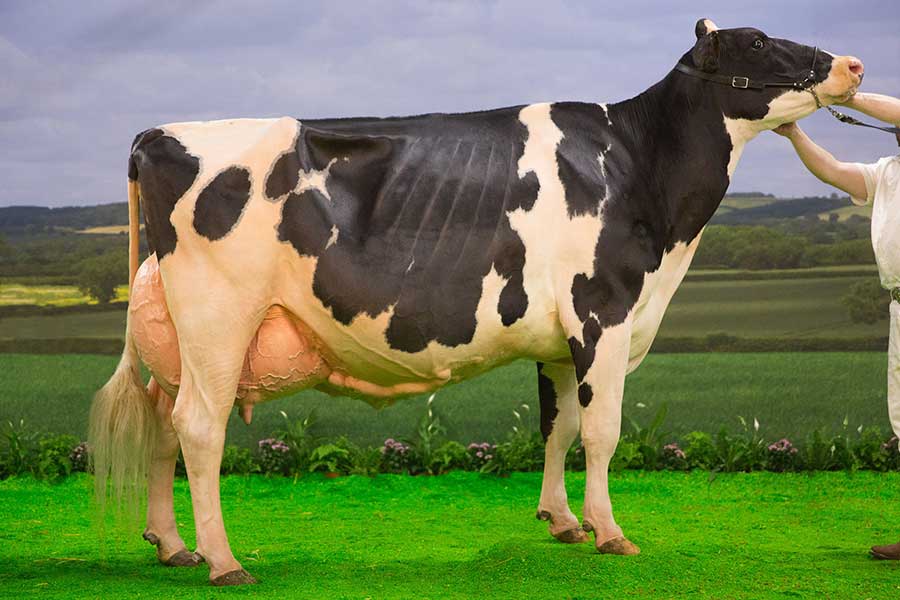 Scooping the Holstein champion, the day’s champion of champions and best udder in show was Yasmin Bradbury with her senior cow Peak Goldwyn Rhapsody.

The 10-year-old-cow, which calved her sixth calf 14 months ago, is still yielding 42 litres/day and has almost given 100t. She won overall champion here three years ago.

By Braedale Goldwyn and out of Peak Shottle Rhapsody, she is now in calf to Midnight Detour, due in November.

Commenting on her win, Yasmin Bradbury said: “This cow just keeps on giving. She’s just willing to milk, is so strong and eats for England.”

Champion of champions judge Paul Harrison added: “This cow had a fantastic udder, moves so well, shows balance and is everything you want of a senior cow.”

With their sole cow entry was Sarah Sutton and Wayne Stead with Warnelview Winners Silverwings, which was bred by Warnelview Holsteins.

This five-year-old has had three calves and was bought privately as a three-year-old. She won Dairy Day in 2015 and was supreme champion at the Penrith Show.

By Gillette Winners and out of Warnelview Guard Silverwings, she is giving 45 litres/day.

Taking the champion title was Mungo, Alistair and Callum Bryson with Changue Martha 49. This eight-year-old cow is a fifth calver and calved in the first week of October. 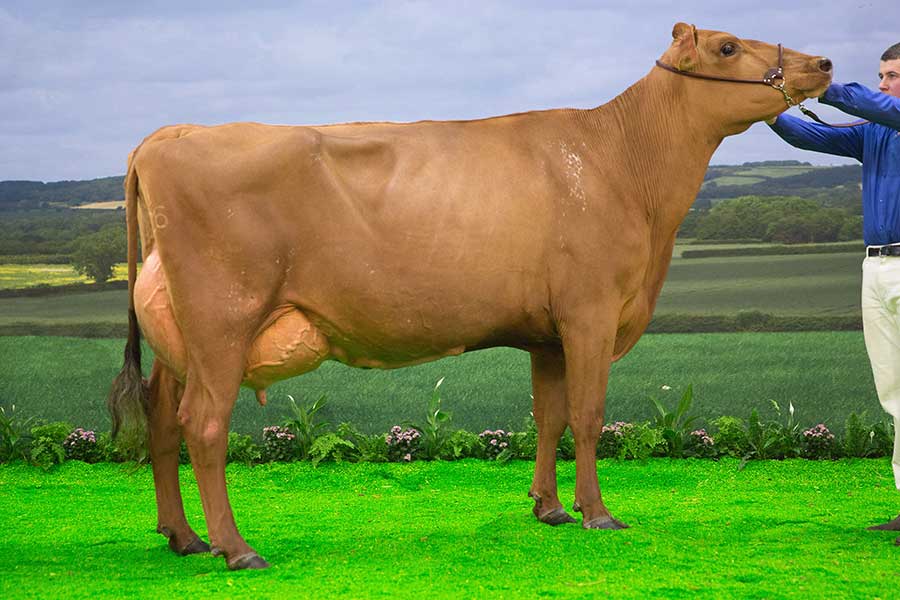 Giving 45 litres/day, she is classified as Ex95. She was bred by Robert Stevenson and is out of Changue Martha 39 and by Changue Stadium.

In reserve was the home-bred second calver Holmeswood Elegant Bella from Andrew Rimmer. She calved in October and is classified 88.

Bluegrass Vindications Harp made it a hat trick of wins at UK Dairy Expo, having won the breed championship here for the past three years.

This third calver is joint owned by the Fleming family, CJ Henning and K Agnew and was bred by Barry and Jenny Daw. 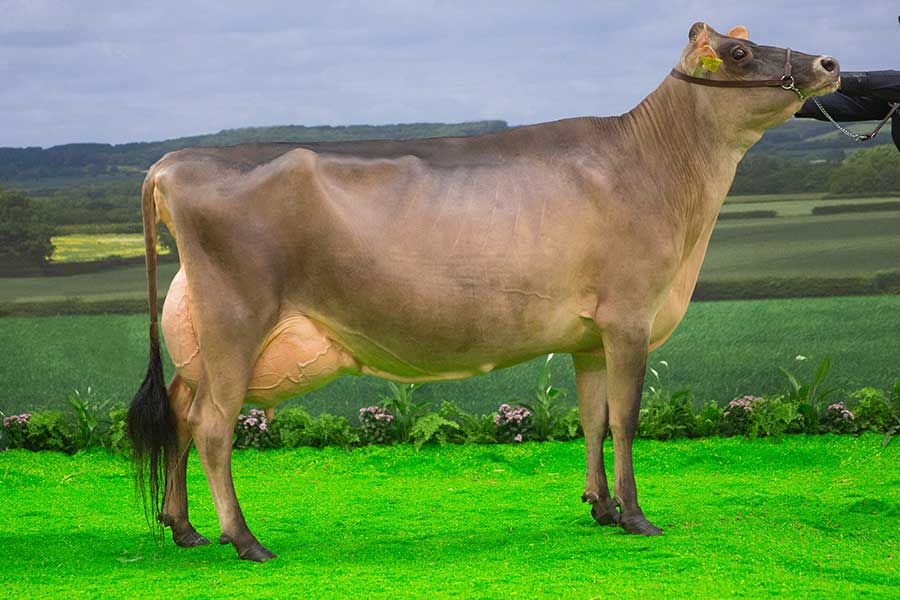 She was shown by Stephanie Whittaker, who developed the cow along with James Doherty, and was bought by the current owners for 11,000gns at the Red Ribbon sale as a second calver.

She was classified with 86 points as a two-year-old and won reserve breed champion at UK Dairy Expo last year as a milking heifer. By Fourcrosses Allstar Anthony, she is out of Fourcrosses May Carroza. 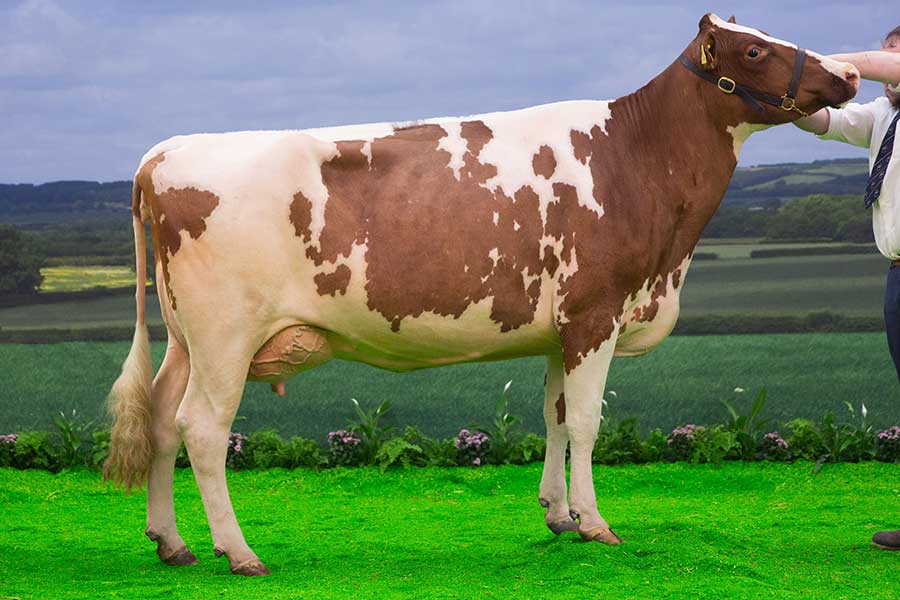 Shaunlea Geri 6 secured the Dairy Shorthorn championship for Shaun Dixon. Having calved in July 2016, Geri 6 scooped the UK Dairy Day breed champion in September. Yielding 28-29 litres/day, this home-bred cow is by Hylite Barbwire Red and out of Strickley Geri 15th .

It was a senior cow that secured the rosette for DW and CE Jones, Newport, South Wales, with Wiltor Chipper Rosie, a homozygous polled cow.

This is the first time the Jones family has shown Rosie, but she will be heading out again at the Royal Welsh Show and UK Dairy Day.

Having calved in December with her second calf, this three-year-old is giving 45 litres/day. She is classified as VG89 and is by Sandy Valley Chipper and out of Hollysprings Mighty Lawrence, which was brought into the UK as an embryo from the US.

The reserve title went to Heatherleigh Maryrose Red. Bred by Heatherleigh Holstein, she is by Mr Apples Armani and out of Mox Ma 175.

Oakalby Hilton S Ruth 82 (VG88) took the breed title for ES Burroughs and Son. Ruth is bred from the prolific show cow Oakalby Breadwinners S Ruth 34. Having calved in December with her third calf, she  is giving 42 litres/day.

The Burroughs also took the reserve title with their fourth calver Oakalby Rebel Cherry 115. By Oakalby Rebel and out of Oakalby Conrad Cherry 66, she is classified Ex90 and is giving 30 litres/day, having calved in October.

She is no stranger to the showing scene, having won the Livestock Event in 2015.

It was a good showing day for T Lochhead and Sons, taking the Brown Swiss championship and reserve title.

Breed leader was Kedar Rhapsody, which is by Vetsch’s Nesta Calvin and out of Kedar TD Reia. Yielding 38 litres/day with 4% butterfat and 3.7% protein, this second calver calved in January. 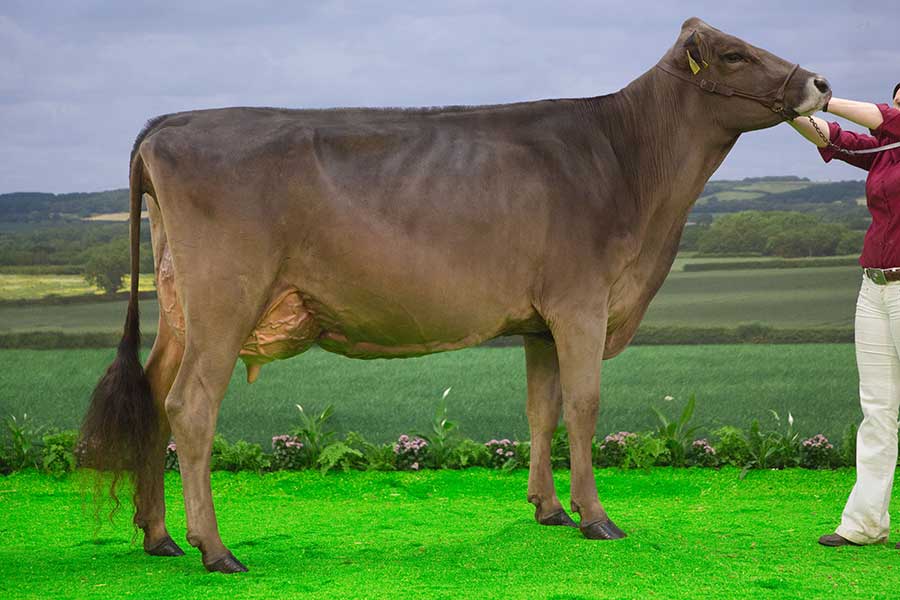 In reserve was Pedrini Top TI Jet Minogue by Jolahoffs Denver Jet and out of Madonna. This one was bred by Nicola Pedrini.