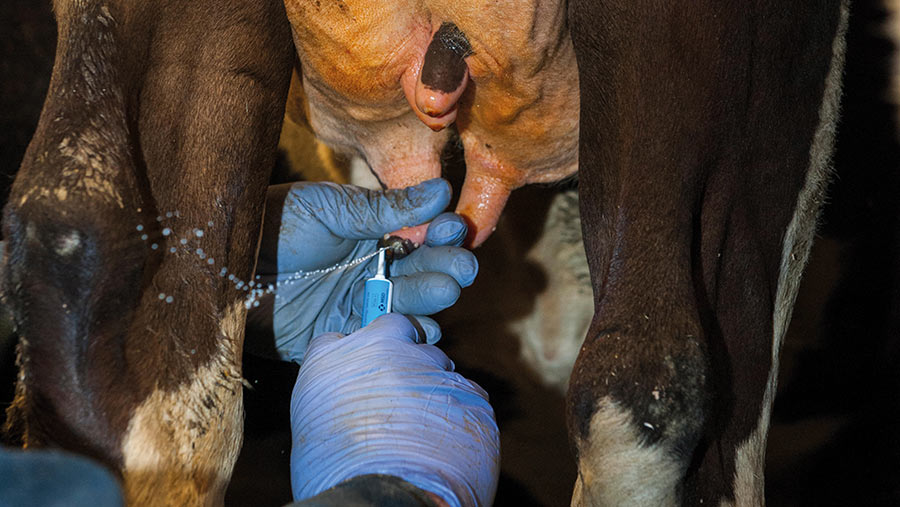 Mastitis is one of the most prevalent health issues on UK dairy farms – estimated to cost the industry more than £170m/year.

Catching cases early is critical to minimise animal welfare issues and financial losses but there is no one definitive test to detect early cases.

However, new research suggests that technology used for lateral flow and PCR testing to detect Covid-19, could also be beneficial for mastitis detection.

Chris Davidson, from the University of Strathclyde, says these new innovations could help improve detection of mastitis at an earlier stage.

See also: Milk quality issues: Causes and how to reduce the risk

“Novel technology is useful as it is proactive rather than reactive. If a farmer waits until mastitis symptoms are visible before they test, there is a chance that cows’ welfare will diminish, and milk will be lost.

“Much of the traditional technology is also based on interpretation by a herdsperson, which could lead to inconsistencies with mastitis detection. What’s more, novel technology is economically attractive ­– enabling farmers to better judge whether an animal is sick or not – which has a subsequent effect on milk dumped and medicine use.

“There is no gold standard for testing, as all methods have limitations. However, in my opinion, the most suitable approach is multi-faceted.”

Below, we summarise the different options:

Chris Davidson was speaking at the British Mastitis Conference on 10 November 2021.