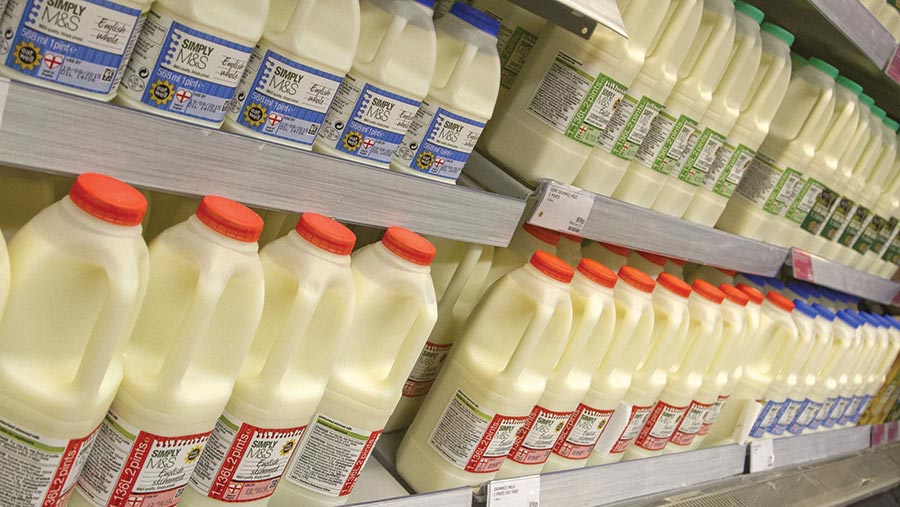 More must be done to market the benefits of milk to increase its value.

That was the overriding message at the British Cattle Breeders Conference yesterday (23 January), where dairy farmer and marketing consultant Andy Venables likened the way milk was currently marketed to Brexit – “a complete mess”.

Mr Venables told delegates there was no clear message or strategy for marketing milk and said it needs to change to stop the commodity from being sold as a loss leader in supermarkets.

“It frustrates the hell out of me that milk is so poorly marketed. It is seen as a loss leader and the lowest of the low,” said Mr Venables, who milks 300 cows on his family farm in Cheshire and runs his own marketing consultancy, Hillsgreen Marketing.

Mr Venables said milk was made to look unattractive in supermarkets where it was displayed in metal crates and packaged in plastic bottles that were not visibly pleasing, with little or often no branding at the point of sale to promote its nutritious benefits.

In comparison, milk alternatives were sold for premiums under brand names with massive promotion. He also criticised the fact whole milk was marketed as full fat and said the industry needed to educate children about the nutritious benefits of milk.

Mr Venables said the dairy industry could learn a lot from the vegan movement, which despite only accounting for 1.16% of the UK population, has attracted huge media coverage. He pointed to the fact the Twitter page #veganuary had 44,900 followers in comparison to just 2,229 for the #Februdairy Twitter page.

He said a big part of their success was the fact their message was clear and everyone was working towards the same strategy and that was something UK dairy should learn from.

“As a collective industry we should be working closely together, from farmers to processors to retailers.”

His comments were echoed the day before by NFU president Minette Batters, who said a “seismic change” was required following the AHDB consultation to ensure it delivered a return on levy-payers money.

She said the NFU has responded to the consultation paper and believed the board should split into two platforms: One for research and development and another to promote British brands to reduce market fragmentation.