Desert conditions and tropical temperatures up to 50C make North Sudan one of the toughest climates in which to run a dairy herd.

For Mark Yearsley, who relocated to Alwaha Farms – 60km south-west of the capital Khartoum – six months ago, it is his most challenging job to date.

And although he is no stranger to managing foreign dairies – having moved to Australia after a five-year stint as farm manager at Reaseheath College – he admits the weather and the country’s desolate nature make even simple things UK farmers take for granted difficult. 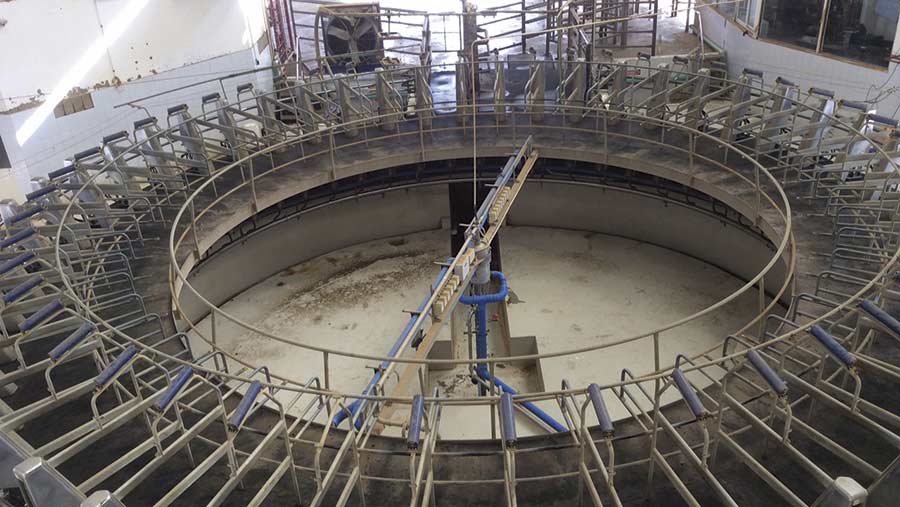 Tractor dealerships are scarce, which makes ordering and getting replacement parts shipped to the farm the most onerous task. It’s not surprising, given there is so little appetite for automated kit – on most of the country’s farms, cows are still milked by hand and fieldwork is undertaken manually.

The dairy unit, which was built six years ago, is home to 500 Holstein cows, although Sudanese owner Premier Food Products has big visions and hopes to grow the herd to 1,000 cows in the next two to three years, with a 50-point external rotary already in place to facilitate this.

“The frustrations here are simple. Things that you can overcome in England are major problems here.

“I have a whole room full of spare parts for the parlour because our nearest dealer is 5,000km away in South Africa,” explains Mr Yearsley.

Cows are milked twice daily and average 5,500 litres at 3.6% butterfat and 3.1% protein, with milk produced for the owner’s milk processing plant.

Mr Yearsley’s aim is to push yields to 8,000 litres and to achieve this, emphasis is being placed on improving cow fertility, which had been neglected. 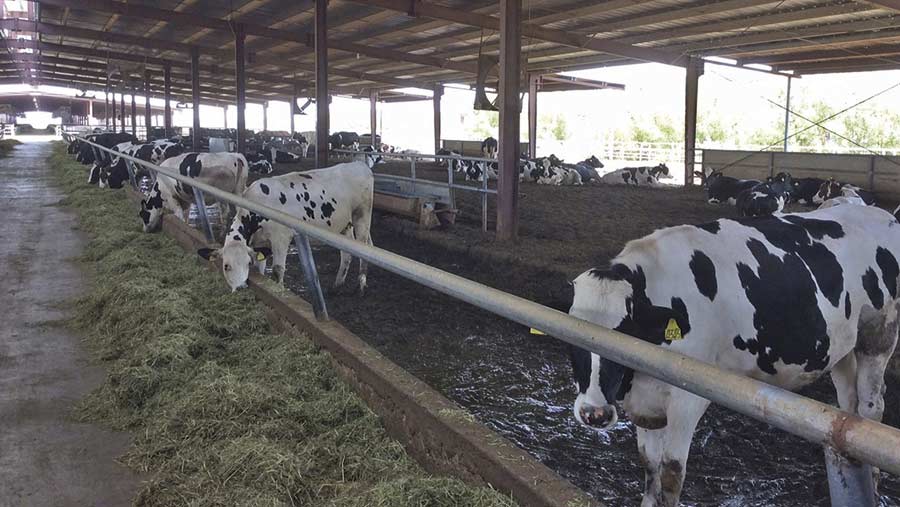 “When I arrived, only 15% of the herd was in calf and the average days in milk was 280,” says Mr Yearsley. He has been focusing on improving pregnancy rates, with days in milk now averaging 220.

“This year we have half the herd calving down in three months, because when I got here we had to get cows in calf and hit them hard.

“We now have 58% of the herd in calf, but it will take a further six months to bring the calving index down.”

However, in a typical year the farm will be calving year-round to keep the milk profile level, he adds.

Sourcing top-quality Holstein genetics has been problematic until recently, when Mr Yearsley struck a deal with Semex Sudan to share semen shipment costs.

This will allow him to use some of the best-ranking Canadian and American sires from World Wide Sires and Semex Canada, which have been unavailable before because of restrictive shipment costs.

Three staff members are trained in observing cow heats and breeding, although Mr Yearsley brought back Karmars and controlled internal drug release devices (CIDRs) after recent trips to the UK and has begun using these alongside artificial insemination (AI) to lift conception rates, with strict routines also put in place.

“At 21 days, cows get palpated to see if they have metritis and if they’re not bulling by 42 days, we will use a CIDR.”

The aim is to get cows back in calf by 80 days after calving, before they reach peak lactation, because they are more likely to hold, explains Mr Yearsley.

Cows get five shots of AI before being run with a stock bull for two services. If they are not in calf after this they will be culled.

Eventually the bottom 30% of cows will be served to beef bulls.

“Once we get the herd to where I would like it to be we will use beef semen. There would be a market for beef calves here.”

Temperatures range from 22C in the winter to 51C in summer, making it tricky to manage milk yields and fertility.

“One of the biggest challenges is the heat. Cows don’t come bulling when it’s hot. And if they do come bulling, the chances of them holding to service is low.”

Conception rates are 37.5%, which is a dramatic improvement on the levels six months ago, when it was about 15%, says Mr Yearsley.

To maximise conception, cows are cooled using water misters and fans, which automatically come on when temperatures reach 24C. But when temperatures go above 40C, close attention must be paid to management, Mr Yearsley warns.

“Monitoring feed is the biggest one. When cows are heat-stressed they don’t want to eat.”

Mr Yearsley is trying to build a picture of the effects of heat stress throughout the year by taking note of daily maximum and minimum temperatures and observing any correlation between milk yield and conception rates. He hopes this will give him a good indication of the best times to breed cows.

Being situated close to the Nile and on a flood plain means water is abundant and free, with the deepest bore hole at the farm at a depth of 10m and the shallowest at just 3m. This is key for a farm that needs a plentiful supply for both crops and livestock. 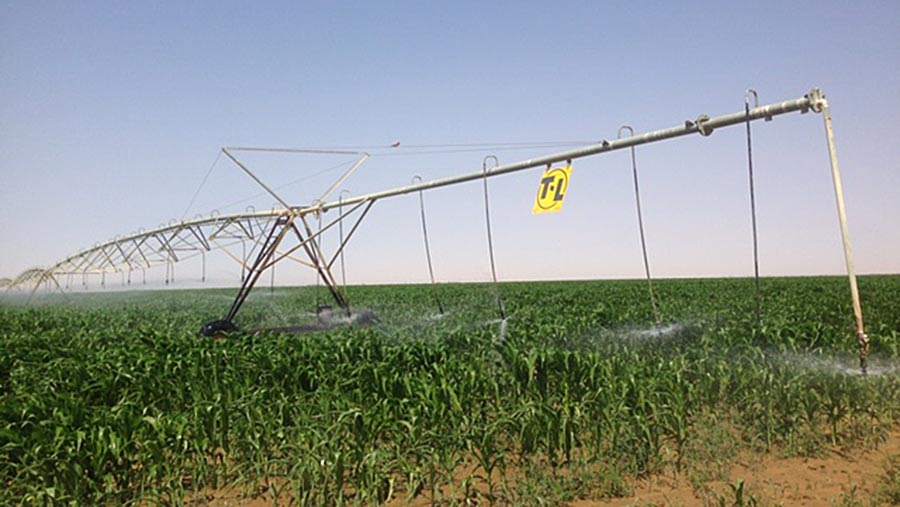 The dairy has been reliant on imported feed to supplement diets, but the installation of two pivots mean they will soon be able to supplement rations with quality home-grown produce to reduce feed costs.

The biggest pivot spans 70ha and takes 15 hours to complete a revolution, with water applied at 1,300g/minute. All fertiliser and pesticides are dosed through the pivots too.

“We run the pivots day and night, but it depends on the temperature. If it’s 45-50C the water will just evaporate.” Two pivot operators are on hand 24 hours a day to ensure it is working correctly.

One advantage of having no winter is that they cut year-round. They will take eight cuts of alfalfa across 121ha this year, with a further pivot coming online to take them up to 172ha.

Each crop yields about 1.5t DM/ha. Two crops of maize is also grown from 72ha, with the crop predicted to yield 22-23t freshweight/ha at 35% DM.

In the latest instalment of Fertility Focus, vet Ian Roper talks about what UK farmers can learn from one Jordan dairy’s fertility management, after spending a stint working on their 3,000-cow unit. Read more about dairying in Jordan.

“We can get big tonnages. We should be able to get at least five cuts in the first year averaging 18t DM/ha. It is not high-quality, as it heads quite quickly like Italian ryegrass, but it’s good for the dry cows and youngstock,” says Mr Yearsley.

Because of the intense Sudanese sun, all feed must be kept under roofed clamps to prevent it from being spoiled and contaminated by sandstorms. 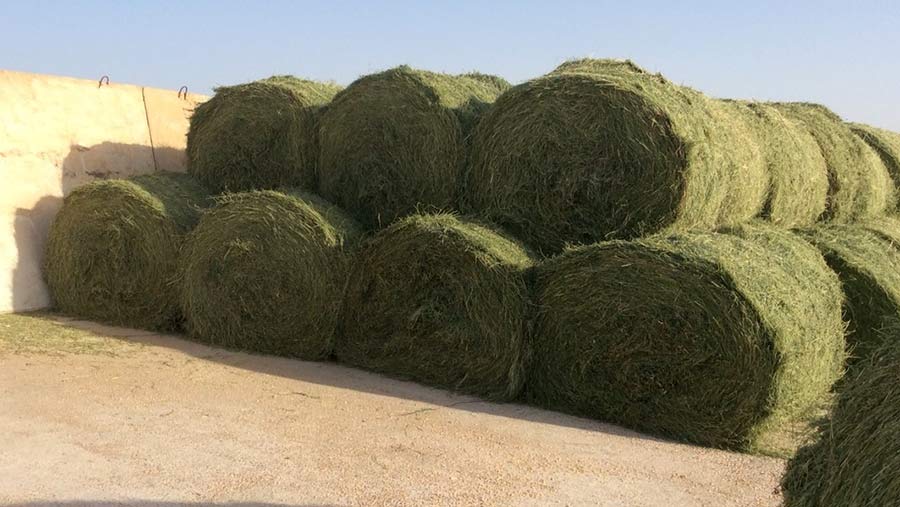 The silage clamp can hold up to 2,500t of maize silage and is open at both ends, so it can be continually fed and filled.

“It bleaches in the sun and we get a lot of sandstorms. The soil here is clay, so it is made up of very fine particles.”

The next phase of expansion at Alwaha Farms will take place in September, when Mr Yearsley visits the Netherlands to buy another 300 in-calf heifers. This will take the milking herd up to 800 animals.

Mr Yearsley believes the adoption of cutting-edge technology and practices from the UK and US will put Sudan’s dairy industry on the world milk map. But for the time being, it’s back to basics to get herd production and fertility up.