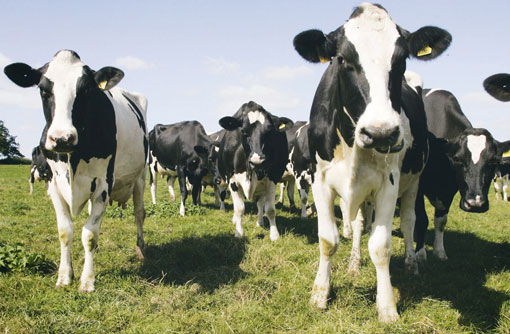 Farmers Weekly has been topical reading for us during the past month, having recently embarked on an antibiotic stewardship campaign with our farm animal clients in Caithness. We are challenging ourselves and our farmers to look critically at our use of antibiotics on farms and to employ more effective preventative medicine and management processes. In the long term, we hope this will lead to a more promising outlook for antibiotic use and for animal health and welfare in general.

The chief medical officer describes antimicrobial resistance as posing a “catastrophic threat” and the medical profession is apparently admitting that any action they take is potentially too late. This is an opportunity for vets and farmers in the UK to show that we can safeguard medicine efficacy and maintain good animal and public health.

Pregnancy rates have been particularly high through most of the winter, but dropped significantly in March and April. This has been mainly in the herds that were forced to start grazing cows on poor-quality grass when they ran out of forage. Those herds that managed to keep cows inside during March and April have achieved much better pregnancy results.

We are now finally seeing improvements in fertility and milk yields as the quality and quantity of grazing available has increased, and we hope this continues into the summer.

Depleted silage stocks and buffering fresh pasture has led to a high risk of displaced abomasums in fresh cows that are on grass. I found two at a routine visit recently only a couple of days after the cows went out at night. This is a risk in year-round calving systems and for the last few cows to calve in spring-calving systems.

Contributing factors include poor buffer silage intake due to quality, increased concentrates in the parlour to get some energy into cows, lush pastures with low fibre due to all the overwintered grass already having been grazed off and of course the overconditioned cow at calving.

This means for the next few weeks we need to closely monitor the fresh cows and consider keeping a fresh group in at night.

Our spring-calving suckler farms are having a difficult spring. We have attended many calvings with deformed calves due to Schmallenberg (SBV) and about half have resulted in caesarean sections. Spring lambing flocks have fared better in our area and don’t seem to have suffered the severe SBV losses experienced on our early lambing farms.