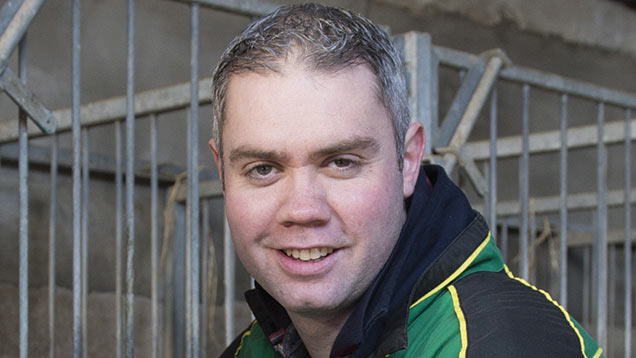 Normally at this time of the year we should be enjoying wall-to-wall sunshine and be getting on with our workload. Not so this year.

Third-cut silage was taken at the end of July, and with a three-day window it was a snatch and grab affair. Just over 120ha was cut and lifted in fairly good conditions.

However, in the days to follow we had quite a lot of rain, which made spreading slurry and fertiliser quite tricky.

Calving is in full swing, it seems like only a week or two has passed since we calved the last cow in May. The use of sexed semen across the herd means we are getting plenty of heifer calves on the ground early on and then the surplus at the back end can be sold off.

At a recent open day the benefits of genomic testing of heifers was demonstrated. I can see a big benefit in the future from ‘weeding out’ unprofitable heifers from the system rather then pumping money into them for two years to finally find out that they are no use.

The only problem is the expense associated with the test, but maybe if we had seen the true cost of rearing these poorer animals then it would be far greater than the cost of the test.

With all the doom and gloom with the current poor prices, the only glimmer of hope is the young people wanting to build futures in farming.

My faith in agriculture was restored recently when about 20 young farmers arrived on the farm out of the blue.

Most were from Scotland, with a few locals as well. While having a brief chat with them about our farming practices it was clear to me their great passion, enthusiasm and willingness to learn.

With people like this coming forward our industry is in safe hands.

I would have liked to have finished my last article writing when things were on a high, but unfortunately  the situation within the dairy sector is dire to say the least. But such is life and things will turn again.

All the best and happy milking!