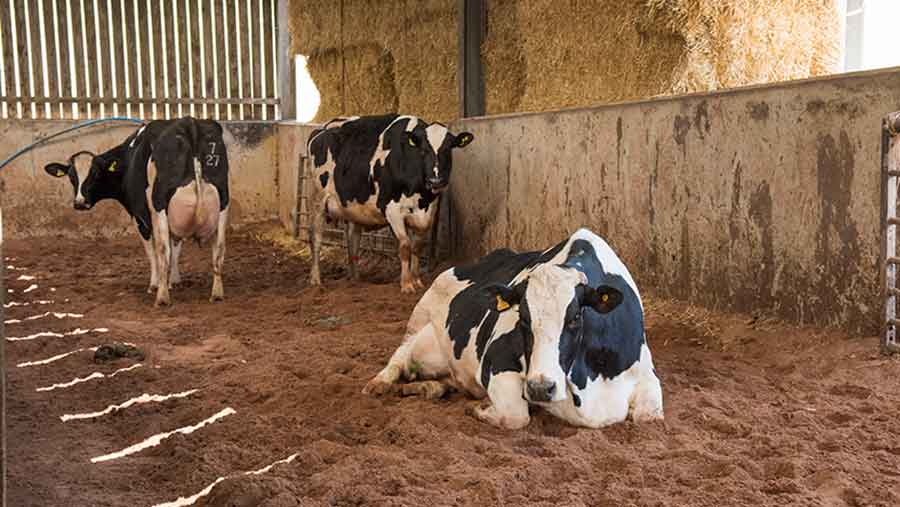 Dairy farmers in west Scotland are facing winter feed shortages and milk production penalties after one of the wettest summers on record.

Met Office figures show that the worst of the weather struck in June, when 189.4mm (7.4in) of rain fell. At 194% of the region’s average, the June figure is the worst since records began 108 years ago.

Since June, continuing above-average rainfall means pastures have failed to recover and in many places fields lie waterlogged.

Farms in the region have been forced to keep cattle inside to prevent land poaching and, in a bid to help sustain plummeting milk yields, have been feeding extra concentrate.

In many cases forage stocks which are normally under wraps until October, are now being broken into, raising fears of a winter feed shortage.

The fears are being compounded as the bad weather started before farms had made enough silage or hay to get them through the winter housing period.

“The lack of sun and low temperatures, combined with high moisture content means the quantity and quality of the silage is low.

“Farms are feeding a lot of extra concentrate and costs are rising,” he added.

“The damage has been done for this year. Dairy farmers know that once yields have slipped it is impossible to get them rising again. There will be an effect on condition scores and fertility will be lower,” Mr Jamieson warned.

The union has called on milk buyers, which impose a penalty when production supply falls below a forecast level, to be lenient.

Muller, a key buyer in the region, penalises farmers on non-aligned contracts once production falls 7.5% below forecast.

The union has been pressing the company to see this year’s weather as extreme and impossible to have predicted when calculating yield estimates.

“We are calling on Muller and others to view this year’s dreadful summer as beyond the scope of normal forecasting and to look again at penalties to relieve some of the pressure on farmers who are already struggling,” Mr Jamieson said.

A spokesman for Muller said the processor would be pragmatic in its dealings with farmers and urged any facing difficulties to contact the company urgently.

Double the rainfall in ‘worst-hit’ county

Muller supplier Adam Montgomerie has already been paying production penalties after yields dropped by 500 litres/day in his 260-cow herd.

“We have seen yields 15% below forecast – well outside Muller’s 7.5% trigger and we are paying the penalties.”

According to Muller’s pricing schedule, that would attract a penalty of 0.75p/litre across the farm’s production.

Others in the area have fared even worse with yields 25% below forecast. These performance levels would incur costs of up to 3p/litre.

“It has been more like November here. The fields are under water and we have had to house cows and feed them additional concentrate.

“We are buying in a lot of feed and providing an extra 2kg of concentrate per cow just to try to hold milk yields. The costs are huge and with the penalties we are struggling here,” Mr Montgomerie said.

In addition, this summer’s silage is already being eaten into.

“We were tight on feed supply last winter. This year we are already using it up two months earlier and we’re looking at a shortage unless we can get on to the land and make another cut soon.”