The UK may have battled one of the wettest winters on record, but across the world, the El Nino effect is causing severe water shortages.

Low rainfall is causing poor grass growth, leading to the need for expensive, bought-in forage. Furthermore, higher-than-average temperatures are exacerbating the problem in certain areas of Australia and South Africa.

Farmers Weekly spoke to dairy farmers in both countries to find out how they’re coping and what management strategies are being put in place.

Lack of rainfall is leaving many Australian dairy farmers in a pretty desperate situation. In Victoria, in the south-east of the country, plans are being put in place to ship water on to farms, and producers are having to rethink management strategies.

In recent years, farmer Adam Jenkins has started to get used to longer dry spells, with rainfall proving more and more variable across the region. On his holding in the south-west of Victoria, average annual rainfalls of 750mm or higher used to be fairly reliable. In the past two years, this has dropped to about 500-600mm. 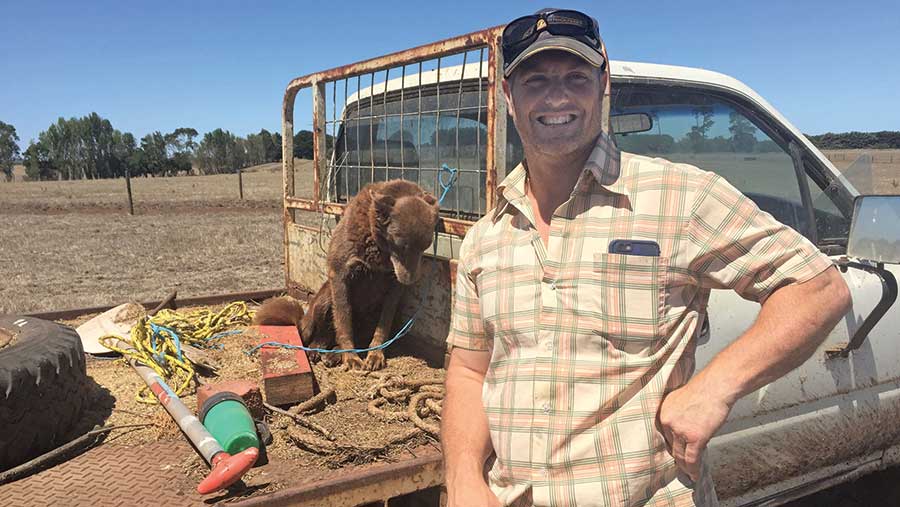 “This year has been one of the driest on record. The past few years have been extremely difficult,” says Mr Jenkins. who runs 250 cows across 161ha in South Purrumbete.

In January, the farm received 20mm of rain – its first proper dose since July.

Luckily, the July rains provided just enough moisture to harvest silage in October. However, like most farms across the region, silage yields were down about 65% and hay yields 15%. Poor grass growth has also led to a greater requirement for buffer feeding.

Mr Jenkins explains: “Usually we fully feed cows in December to March, but in September, when we’d usually get a spring flush, we had to feed hay and concentrate through the parlour until we got the silage cut.”

That meant the farm had to cater for a seven-month feeding season, on a system set up for a four-month period.

However, when rain initially looked light, the decision was made to cut paddocks destined for hay and silage to try to make up the deficit. Mr Jenkins was also one of many farmers who chose to cull cows early in September to reduce feed requirements.

Further challenges present themselves in March and April when the herd is dry and fed hay and silage on paddocks destined for overseeding.

“At this time, the requirement for dry cows is substantial so we had to buy in 350 round bales of hay. Usually you can source pasture hay, but the only hay available was cereal hay. This is from cereal crops in the North that have failed because of the drought,” explains Mr Jenkins.

At about AUD250/t (£133), this equates to a bill of $35,000 (£18,000). However, the main worry when speaking to Farmers Weekly at the end of February was the potential risk that a lack of rain would mean overseeding would not be possible, leading to further reduced grass production for the calving season, which begins in May.

“We oversow in mid-March until 25 April. The real million-dollar question is whether we’ll get rain to allow us to do it,” says Mr Jenkins, who has also adapted management to cope with hot, dry conditions (see “Adam Jenkins’ heat and drought management strategies”).

The situation in Victoria, Australia

The water picture is hugely variable across Victoria, which is the prime dairying region in Australia, producing 65% of the country’s milk.

Those with boreholes are generally OK, but a large proportion of farms – specifically in the Simpson area in south Victoria – rely on run-off, explains Adam Jenkins, who is also president of the United Dairy Farmers of Victoria (UDV) .

According to the Bureau of Meteorology, Victoria is experiencing a “severe deficiency”. Generally farmers have started easing off using dam water and started importing tanks of water to wash down parlours.

As part of his work with UDV, Mr Jenkins has met with the government to put a programme together to help farmers. The Victorian government’s drought support initiative includes:

“In the long-term we need to think about water security – do we need more dams or should we look at stocking rates and back off a bit so there is more surplus forage?” he says.

Overall he believes farmers are optimistic rain will come. But with many having debts to pay and the milk price not as strong as it could be, if the weather stays dry, farmers could get into difficulties.

Having just upped cow numbers by 85 head, drought could not have come at a worse time for South African dairy farmer Danie Schutte.

The height of the drought, in November last year, hit during what should have been the country’s rainy season. This followed an extended period of low rainfall (see “The situation in South Africa”, below).

On Mr Schutte’s farm in Gauteng, in the north-east of the country, a lack or rain, combined with extreme temperatures, has led to cattle heat stress and stunted grass growth. At the same time, bought-in forage prices have shot up. 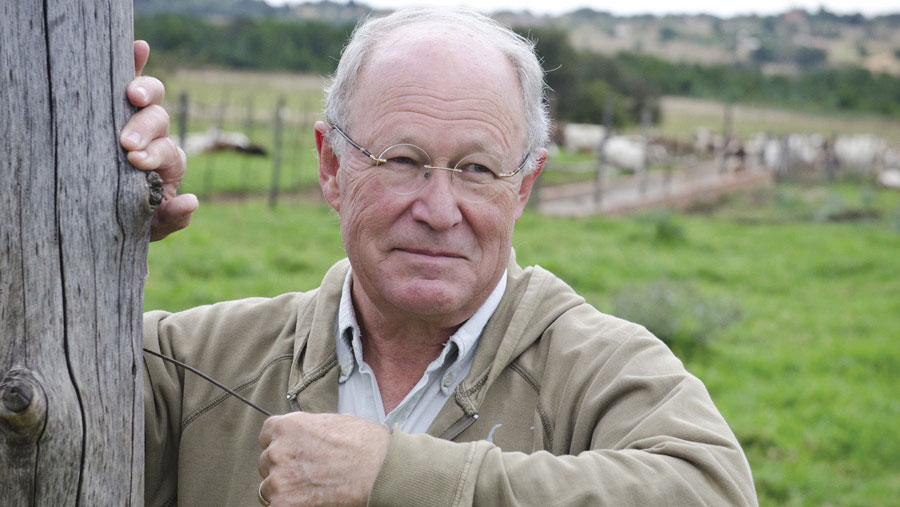 “We need rain very urgently. The drought has been bad, but what I’ve never experienced before is the chain effect. Certain foodstuffs became very scarce and were taken up by big companies that own feed lots, so smaller farmers like myself couldn’t get hold of it,” he says.

Five provinces were declared drought disaster zones in November, which included much of the country’s maize-growing land.

He adds: “In my case I’m very dependent on lucerne from outside sources. And despite the drought, the area where I get lucerne was devastated by hail so it really affected me. For one month, at a crucial time, I wasn’t able to get it.”

At the same time, temperatures have been higher than normal for the region, with some days hitting 40C – a big jump from the usual 34-37C.

This has led to reduced milk yields on Mr Schutte’s unit, while grass covers have also been stunted. The farm received rain at the start and end of February, but these were the first proper doses for some months. Mr Schutte estimates annual rainfall is about half the 600mm the farm usually receives.

“In December/January we had very little grass. Usually at this time it’s as high as my knee as we have very good growing grass, but it just wasn’t there. It was maybe 5cm high,” says Mr Schutte, who processes a proportion of his milk on farm.

With the 100-cow Ayrshire herd grazed year-round across 90ha, a lack of grass is something the business can ill afford.

Combine this with the fact the herd is run organically, with a restricted amount of organic produce that can be fed, and this adds to the challenge. As a result, steps have been put in place to increase the amount of grazing land by taking on neighbouring fields.

“I’ve got another 100ha for grazing from my neighbours. They’ve encouraged it, as the more grass that’s eaten by cows, the less risk they have of [grassland] fires,” explains Mr Schutte.

Perhaps the only silver lining to the drier conditions has been the fact that cow health has generally been better than usual due to a reduction in ticks, which are the main cause of illnesses such as red water and gall sickness.

In the long-term, irrigation from the farm’s two existing boreholes may be considered. Mr Schutte is also considering processing a higher proportion of his milk in order to take more control.

In general, he says there has been “very little help” from the government for farmers affected by the drought.

The situation in South Africa