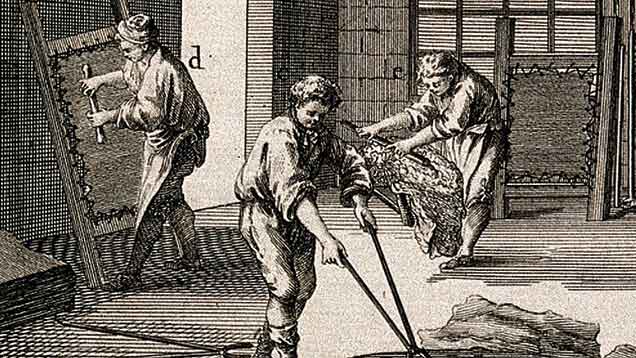 Scientists are gaining a unique insight into how sheep breeds have developed over the past 700 years by DNA testing parchments stored in historical archives.

Scientists at the University of York and Trinity College, Dublin have found that by extracting DNA and protein from tiny samples of parchment they can establish the species type of the animal from which the document was made.

This means the documents are an important resource to tracking changes in livestock husbandry in the UK across the centuries – a subject on which relatively little is known.

The British agricultural revolution of the 18th century led to radical changes in sheep breeding as pioneers such as Robert Bakewell introduced selective breeding methods in order to increase desirable traits. However, the causes and timing of the development of newer sheep breeds is debated among historians.

The potential of the work to unlock farming’s hidden stories was shared at the British Society of Animal Science’s annual conference in Chester.

A pilot project involved researchers at the Centre for Excellence in Mass Spectrometry at York extracting protein from two samples of parchment. Scientists at Trinity College extracted DNA from the same parchment samples.

The first sample appeared to derive from an unimproved northern hill sheep, while the second showed a closer affinity with the “improved” flocks such as those bred by Mr Bakewell in the Midlands.

Before the mass production of paper, parchment made from calf, goat or sheep skin was the preferred medium for legal documents.

Scientists believe it offers an unique opportunity to access a huge reservoir of DNA information because parchments are abundant and have been carefully managed – shielded from both high temperatures and fluctuating humidity.

Many documents written on parchment also relate to a specific date which is a characteristic that many other historic DNA sources lack.

Matthew Collins, professor of archaeology at University of York, said: “This pilot project suggests that parchments are an amazing resource and there are millions stored away in libraries, archives, solicitors’ offices and private hands. They can give us significant data about the source animal and by using them we can learn an enormous amount about the development of agriculture in the British isles.”