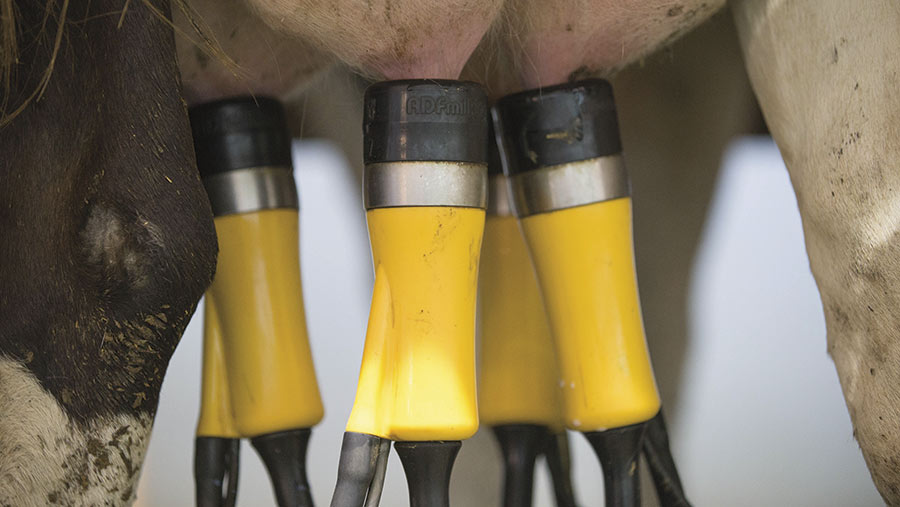 A chronic cow is defined as one with two or more consecutive SCC recordings more than 200,000 cells/ml, while a chronic herd has more than 15% of milk samples originating from these chronic cows, says report co-author James Hanks.

“Even more encouraging is 51% of herds are now keeping fewer than 10% chronic cows.

“This is more than twice the number of herds with low chronic cow levels than we recorded in 2010.

About the KPI report

Data from the KPI report are used by producers, advisers and vets to benchmark individual herd performance for key parameters against that of the 500 study herds as part of NMR’s InterHerd+ dairy management program.

Targets are based on the levels achieved by the top 25% of herds for each parameter and provide realistic and achievable goals for the industry.

“And it is good news, because low levels of chronic cows are strongly linked to low herd somatic cell counts,” he says.

The increase in herds keeping accurate mastitis records has enabled four new mastitis parameters to be included in the 2016 report.

“We now have detailed information on mastitis cases from more than 50% of the study herds so we have included data on mastitis rates and the percentage of cows dried off with no mastitis cases. These trends will now be monitored,” adds Dr Hanks.

“Good information puts producers and their advisers in a far better position for managing mastitis and udder health, and in reduced use of antibiotics.”

An increase in calving to first service of two days and a 2% increase in the percentage of cows eligible for service that conceived suggests that heat detection is improving on farms.

“Improvements in these parameters are being seen year on year,” adds Dr Hanks.

“The percentage of cows re-served 18 to 24 days after a previous service has improved again.

“These parameters contribute to improvements in calving interval.

“The median has dropped by three days to 407 days in the past 12 months to August 2015 with the top 25% of herds now achieving calving intervals of 393 days or less.

“Particularly important, in view of its impact on herd efficiency, is the improvement in lifetime daily yield.

“Producers can use this information to see where the strengths and weaknesses are and where they can make improvements that will help to improve their efficiency in a cost-effective way,” adds Dr Hanks.