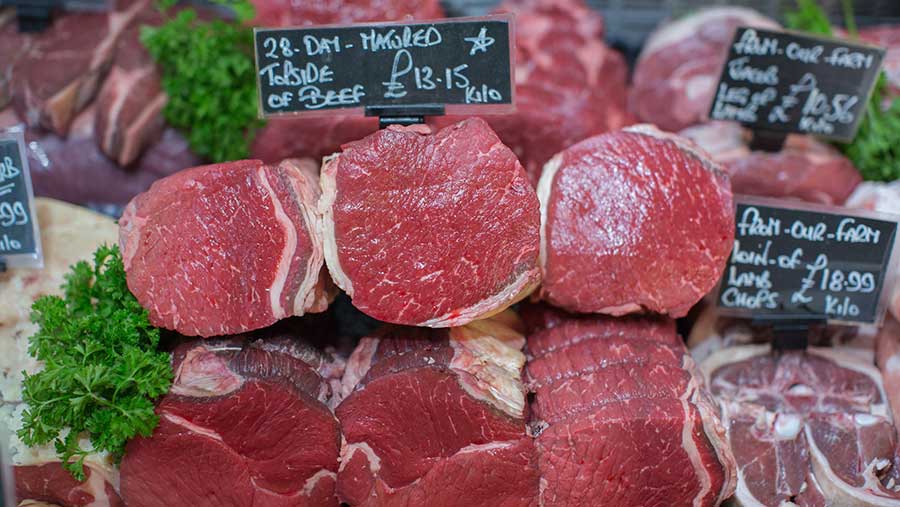 People who eat red meat and cheese are likely to live longer, healthier lives, according to a major study.

Researchers in Canada questioned more than 218,000 about their food consumption across 52 countries.

They found that people who eat higher levels of dairy and red meat reduced their chances of early death by 25% – and of having a fatal heart attack by 22%.

NHS guidelines suggest that dairy should make up no more than 8% of an adult’s daily intake and red and processed meat per day should be cut down to 70g or less (cooked weight) to “help reduce your risk of bowel cancer”.

But the global study by McMaster University in Canada linked higher levels of meat and dairy intake with a lower risk of early death.

The researchers found that people who eat three portions of dairy and 120g of unprocessed red meat per day had the best health.

Eating white meat, such as turkey and chicken, was also found to have similar benefits.

Commenting on the study, professor Jeremy Pearson, associate medical director at the British Heart Foundation, said: “Eating well means looking at your diet as a whole, rather than focusing too much on individual elements.

“Meat and dairy can contribute to a healthy, balanced diet as long as they’re eaten in moderation along with plenty of fruits and vegetables, pulses, wholegrains and nuts.