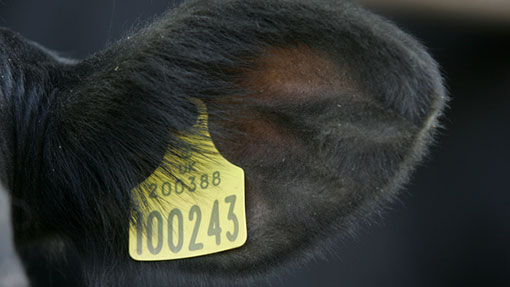 Cattle EID rules, which could eventually lead to the phasing out of cattle passports, have been passed by MPs in Europe.

Proposals to standardise bovine EID technology across the EU were finally voted through parliament on Wednesday (2 April) after months of political wrangling.

The rules, which now have to be signed off by the agriculture commission before they are made an official regulation, will see technical standards harmonised and governments across Europe use a standard computer system to identify cattle.

The NFU said the vote was an important first step in letting farmers officially tag cattle in a system that has so far been voluntary and unregulated.

“This proposal has had a torturous journey through the EU and so we’re pleased that it has passed the penultimate hurdle largely intact,” said Peter Garbutt, NFU chief livestock adviser.

“If we push for the whole industry to adopt the technology there’s a possibility in future to get rid of cattle passports.”
Peter Garbutt, NFU chief livestock adviser

“It should make things easier for farmers as it will allow them to make use of official EID tags, make tag reading easier and allow farmers to make better use of other technologies.”

Once the regulations are passed by the council, DEFRA will have five years to discuss and agree the UK’s cattle tagging system with other member states and get it aligned with the rest of Europe.

It will also need to make a decision on whether cattle EID should be compulsory across the country, Mr Garbutt added.

“We are pushing for a voluntary system,” he said. “Lots of farmers are already using it, and nine years from now the there will be a Europe-wide report on whether tagging should be mandatory.

“If we push for the whole industry to adopt the technology there’s a possibility in future to get rid of cattle passports.

“That’s further down the line, but there is real potential to use the technology in that way.”

“We will consult with industry on how these provisions should be implemented. Its introduction will improve disease control and traceability.”