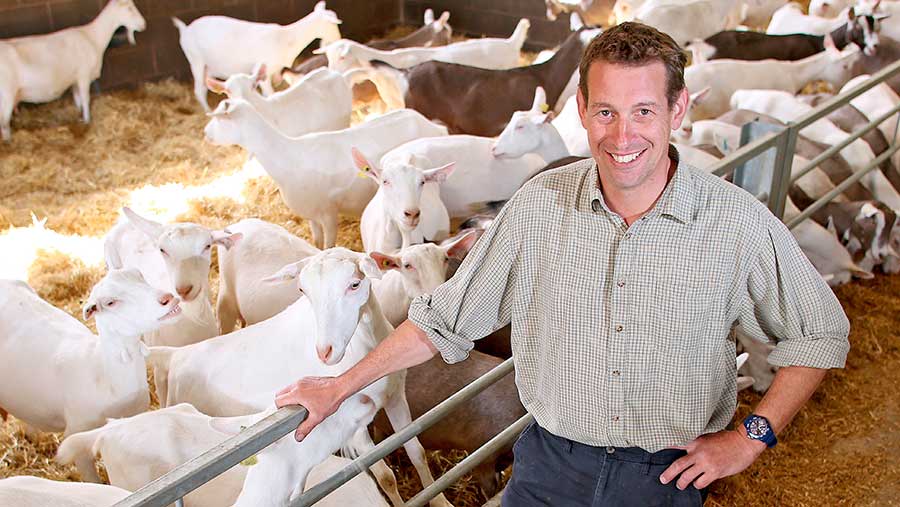 I should have known better than to write about the good weather last month, as the recent heavy showers have left our oats looking rather flat.

At least we managed to cut the wholecrop barley and peas in between the showers at the end of July.

We managed to get someone to do the milking so we could get to the Royal Welsh for a day. It is very difficult to get any work out of anyone under the age of 30 during the show week.

Environment secretary Michael Gove also made an appearance at the show. He seems to be making almost daily announcements, from banning combustion engines in cars by 2040 to greener subsidies post Brexit.

In my opinion, he doesn’t give a stuff about farmers, he is just trying to raise his profile as a future leadership contender.

Our new bulk tank has been fitted by a refrigeration firm from the South West (South West Refrigeration), who did an excellent job in between milking. They also tidied up some of my “farmer plumbing” in the dairy, which looks much better now.

We are very pleased with the heat recovery unit, which is heating the water up to 40C. The milk is cooled much quicker and is below 3C even straight after milking, where, before, we were struggling to get it cool in time when the tanker was early.

We have dried the autumn-kidding goats off slightly earlier than usual to stay within the monthly milk quota that we are allocated by the creamery.

However, we hosted a new customer from Pret a Manger on farm recently and it was interesting to hear of new product development ideas.

Having had several funerals this year it was a pleasant change and a great honour to be invited to Herbert Collins’s 90th birthday party recently.

Herbie is still an active member of our shoot and better known as the man behind Collins trailers of Pontrilas. He is a great entertainer and can still tell a great story either on stage or in the shoot room.