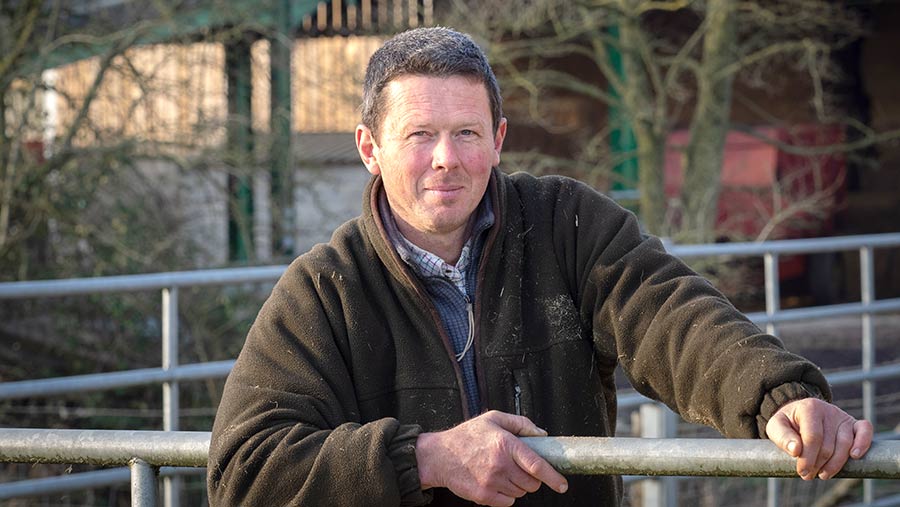 Unfortunately, lambing the commercial ewes has not gone well.

Despite the good weather and excellent staff this year, things didn’t get off to a good start.

There was a breakout of enzootic abortion, which coincided with lambing the tail-end Texels and the stress of a TB test – resulting in Belinda and I being extremely tired before the sheep were due to start lambing.

I’m sure this is a result of last year’s weather.

We worked hard to get some non-viable lambs going only for a couple of awful days of driving rain to see them achieve their original aim (dying).

The unnecessary losses get to you when you’re extremely tired. We’ve had a couple laid on, a murderous ewe and a couple with no anus.

Now the ewes are joining in, with a skinny triplet stuck on her back dead.

Trying to look on the bright side, the ewes and lambs are going out quickly to lovely grass/clover leys.

This year’s assistants have restored my faith in the effort of some youngsters. A Cirencester student came at short notice for a week and was excellent and a local young farmer is now here and working very hard.

The TB test was clear, and we have some excellent easy-calving bulls for the Welshpool Charolais sale and Worcester Simmental sale.

Despite the political rubbish going on we have to prepare to continue. Silage ground fertiliser is on and preparing the turnip ground is the next job at the time of writing.

So far, the cows have scanned in-calf well, with only one heifer with a wonky cervix having to be written off as a breeder.

We have a really high-quality heifer entered for Worcester. She’s in-calf to last year’s show bull, which, in hindsight would be best held on to.

The autumn calves will be weighed and weaned this week, with the cows dried off ready for turnout.

James and Belinda Kimber farm 850 commercial and pedigree sheep and 30 pedigree Simmental and Charolais cattle in Wiltshire across 95ha (45ha owned) with the help of their children Josh, Izzy and Richard. James also runs a foot-trimming business and Belinda has a B&B.