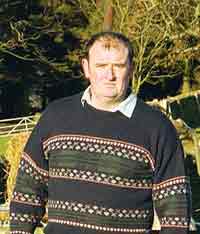 How refreshing to see reports surrounding the record breaking £231,000 ram, pointing out that an earlier ram, which made £128,000, had sired stock to the value of more than £1m. Obviously it could have also done what sheep do best and loose lots for it’s owner, but if anyone values an animal at whatever price, who are we to judge.

At the time of the first Swaledale ram making £100,000 we compared this with buying a small village house in this area, which the same money would have bought – even after the credit crunch, it would now only be enough to buy a glorified “garden shed”.

Just to point out that not many sheep farmers live at these levels, one of our better purchased tups could have been bought several thousand times for this value, with super breeding included.

Mule gimmers have been dipped once, twice vaccinated for clostridia and now bluetongue vaccinated, too. Clipping up will begin in earnest and since weaning, they have started to receive a small amount of hand feed in troughs. Most will be sold at Middleton in Teesdale and Barnard Castle after a few were sold at Leyburn recently.

Most of the purchased wheat straw has been baled and mainly led back to the two farms, fortunately mainly baled straight behind the combine when in good conditions. The usual breakages once again seem to occur the minute I come together with anything mechanical, but I claim it is still just coincidence – little brother and Stephen do not necessarily agree.