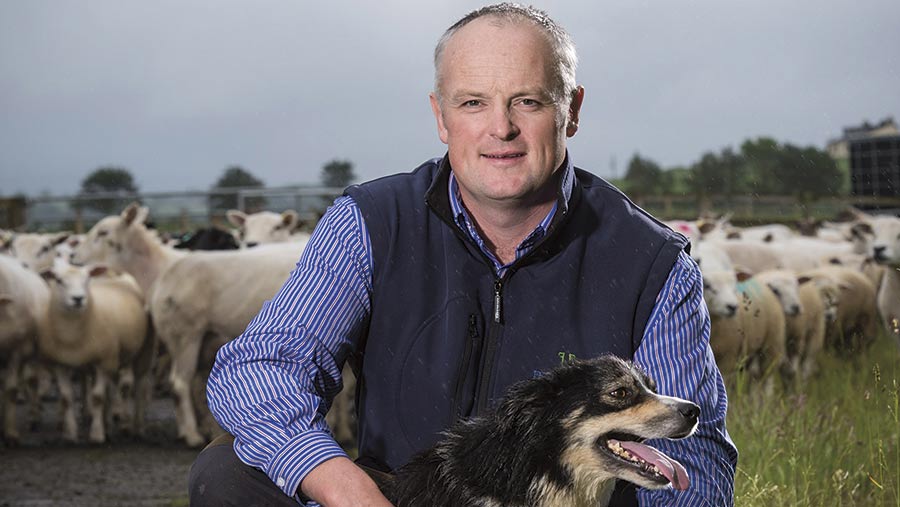 So this is it folks, my final Farmer Focus article. The P45 arrived last week and my time is up.

Over the past couple of years, writing this column has been a bit like some form of counselling. It’s given me the chance to share success and failures and, hopefully, has given you an insight into farm life in the north of Scotland.

Our ‘Great from Grass’ ram sale last week was a tremendous success. We achieved a 100% clearance with 101 rams selling to average £822, which was up £170 on last year for six fewer sheep sold.

After six years of selling our rams this way (undressed and with no concentrate feeding) we now have a loyal following of discerning customers who appreciate what we are doing.

This gives both myself and the whole team at Fearn a real boost and the extra spring in our step will be felt for weeks.

How will bullocks grade?

Beef shorthorn steers have been weighed at grass averaging 628kg at 16 months old. Eight have been sent to Woodhead’s, where they will hopefully hit the right grade and weight for the breed premium.

This is the first batch of steers we have sold in many years, having usually finished our male calves as bulls, so we look forward to getting the weights and grades back to see how they have done.

Finished lambs are leaving the farm on a fortnightly basis and while we started selecting lambs at 38kg we have now moved to 42kg as kill out percentage has dropped post weaning.

We aim to keep the average deadweight to between 20kg and 21kg throughout the season and, again, all lambs go to Woodhead’s who we enjoy working with.

August and September are usually the months in the year when our cash flow comes under most pressure, barley cheques often don’t appear till late September or even October if harvest is late.

Income from livestock sales has been a real boost this year, especially with prices being higher than last year, but with next year in mind we have decided to lamb some ewes in February again.

Broken mouth ewes from all flocks have been pooled together and will be tupped in mid-September for an early February lambing and, all going well, all lambs and ewes will be sold next June, easing cash flow for 2018.

Thanks for reading guys, and to those who have made contact over the years, thank you – it’s great to get feedback.